Home » Rugby » Farrell must stay on top of his game to be in England team, says Jones

Owen Farrell must stay on top of his game to stay in the team, warns Eddie Jones… but England coach dismisses calls for his captain to be dropped for Italy clash after Scotland debacle

Eddie Jones dismissed the criticism of Owen Farrell as a ‘bandwagon’ and suggested he has no intention of dropping his captain — while insisting Farrell does have to keep justifying his place.

England’s dismal defeat against Scotland in their Six Nations opener at Twickenham on Saturday led several former players to argue that Farrell should be left out of the starting line-up to face Italy at home in three days’ time.

The Saracens fly-half was restored to the No 10 shirt at the expense of George Ford for the Calcutta Cup, only to kick away the few scraps of attacking possession England were able to muster. 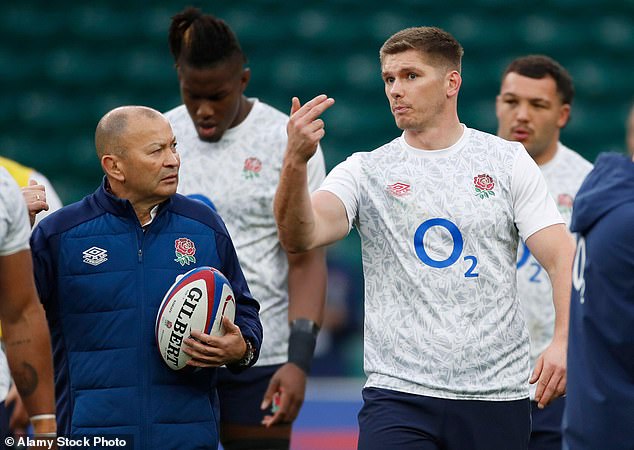 Head coach Jones moved swiftly to defend his skipper on Tuesday. ‘Owen was disappointed with his performance, like a number of players and like I was in my own performance,’ he said.

When asked whether he would drop Farrell, Jones said: ‘That’s a hypothetical question.’

But he was at pains to make clear that even the captain is not untouchable, adding: ‘Every player is up for selection. It’s all dependent on form. You look at historical form and present form, and you have to make the right decisions for the team. Owen’s no different to any other player.

‘He has been a highly consistent, successful player for us. Like a number of players on Saturday, he wasn’t at his best. I know that there’s a bandwagon that obviously you’re beating. 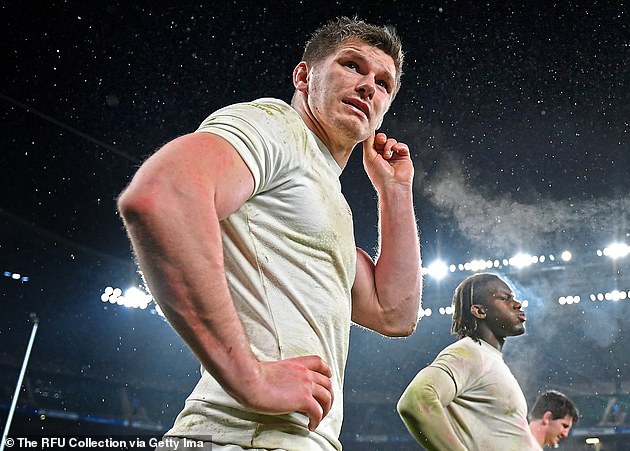 Jones was pressed on whether Farrell is judged differently — in selection terms — to a rookie with only a couple of caps. He said: ‘There is no set law or rule for that. We’re always trying to make the right assessment.

‘We had to go through a difficult stage with Dylan Hartley when his form was tailing off. We gave him an amount of time to pick up his form but, due to injury and other circumstances, it just wasn’t right for the team.

‘It’s the same for anyone who’s the captain of the side; they’ve got to keep performing at a high level. But having one game where they’re not at the level expected is no reason to start speculating on whether he’s going to be dropped or not.’ 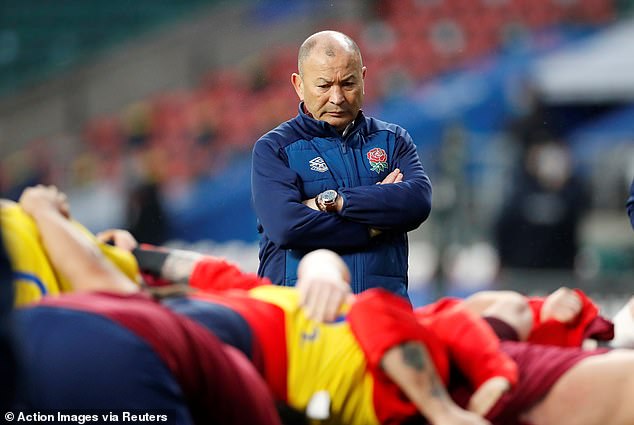 Having recalled props Mako Vunipola and Kyle Sinckler to his squad, Jones grew exasperated when questioned about whether there was any comparison between the current situation and the first half of 2018, when England lost five Tests in a row.

‘It’s not the same,’ he said. ‘It’s a completely different situation.’

Use of the word ‘slump’ also antagonised Jones, who replied: ‘You guys must have a new thesaurus. I always thought “slump” was about having three or four bad games, but now it must be one game.’