The victory moves the reigning Premiership and European champions – who beat Worcester Warriors last time out – up to second in the table after eight rounds.

Meanwhile, the defeat was a second in a row for the Falcons and their first at home in the league this season.

Chiefs TV – We speak with @ExeterChiefs DoR Rob Baxter, moments after the final whistle of our 9-15 victory away at @FalconsRugby pic.twitter.com/CA0BoaWYQ6

Newcastle took the lead on five minutes with Joel Hodgson slotting over a penalty, which hit both uprights before going over.

The Chiefs hit back after 15 minutes, with No 8 Simmonds picking up the ball from the base of a five-metre scrum and powering his way over the line to ground the ball. Joe Simmonds kicked the conversion despite a swirling wind.

Newcastle made it a one-point game with Hodgson kicking his second penalty after Will Witty had been penalised for a tackle off the ball.

Witty was at the centre of everything and was inches away from grabbing his side’s second try against his former club, but a last-ditch tackle by Gareth Owen took the back-rower into touch. With 10 minutes of the first half remaining, Joe Simmonds kicked a straightforward penalty to extend the Chiefs’ lead after the home side were penalised for not rolling away.

As the clock ticked into the red, Exeter were nearly masters of their own downfall after conceding a penalty at their own scrum. However, they forced an error from Newcastle and managed to escape punishment.

Exeter extended their lead on 51 minutes as winger Cuthbert was able to dot down for an unconverted score in the right corner after brushing off the tackles of Hodgson and Cooper Vuna.

Just before the hour mark, Hodgson added his third penalty of the game to keep the Falcons in it. 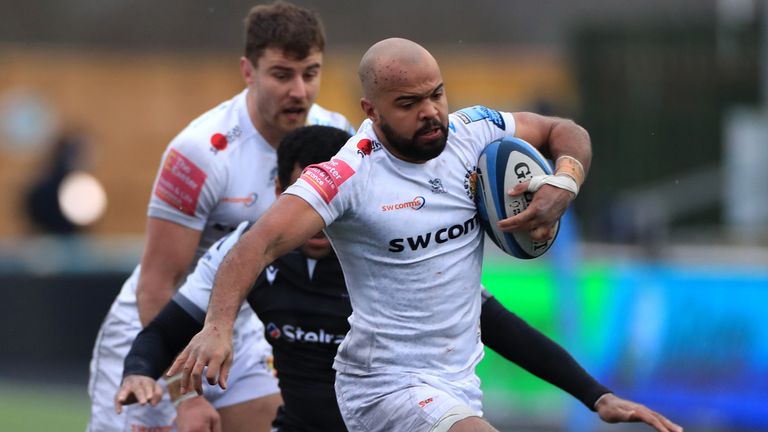 However, Exeter continued to press, looking to add more points as they pinned the Falcons deep inside their own half. None were forthcoming as some stubborn defensive play from the home side kept it a one-score game into the final five minutes.

As Newcastle looked for some field position they were guilty of being offside in the midfield, which gave the Chiefs the chance to push the Falcons back into their 22.

The game ended with Joe Simmonds taking the option to put the ball out of play with the clock in the red, with the defending champions taking the points back down to Devon.

Adelaide, Sydney and Brisbane set to host Origin games in 2020