George Ford will start his first England Test since March, and is primed for a battle at No 10 with Dan Biggar against Wales this Saturday.

Sportsmail understands Ford reunited with Owen Farrell in England’s training run ahead of Thursday’s selection, pointing to the pair starting together for the first time since England last faced Wales in the Six Nations.

England’s only other change from the Ireland win is believed to be Jonny Hill replacing Joe Launchbury in the second row. 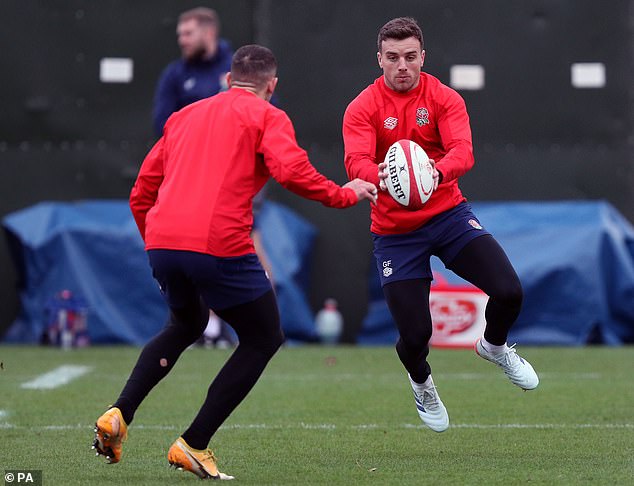 But Wales are set to be without Justin Tipuric who sources indicated was ‘touch and go’ to complete his head-injury return-to-play protocols in time.

Therefore Wayne Pivac is weighing up picking the returning Josh Navidi, who has not played since August after a concussion, with James Botham his understudy if he is not ready.

Lloyd Williams is predicted to start at scrum-half, with Rhys Webb on the bench and Gareth Davies out of the 23 entirely, as will be George North again with Louis Rees-Zammit retaining his wing spot.

With Jonathan Davies injured Nick Tompkins and Johnny Williams are to make up the midfield again, outside Biggar who is to beat Callum Sheedy to the No 10 shirt.

A late call is to be made on Liam Williams’ lip injury; Leigh Halfpenny will replace him if he is not fit.