Ever the adventurer, Hadleigh Parkes is off exploring again — but he is determined this will not be his last week as a Welshman.

‘I was talking with my neighbours the other day who are big Welsh rugby fans,’ says New Zealand-born Parkes, after it was confirmed he would be giving up his Wales career to move to Japan.

‘They asked, “Who are you going to support?” 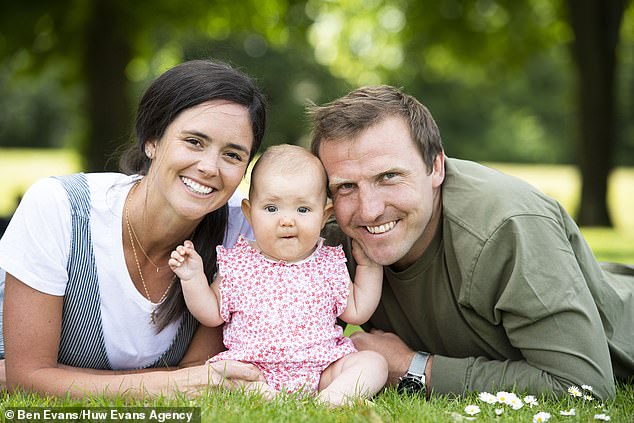 Wales centre Hadleigh Parkes, with wife Suzy and daughter Ruby, is moving to play in Japan 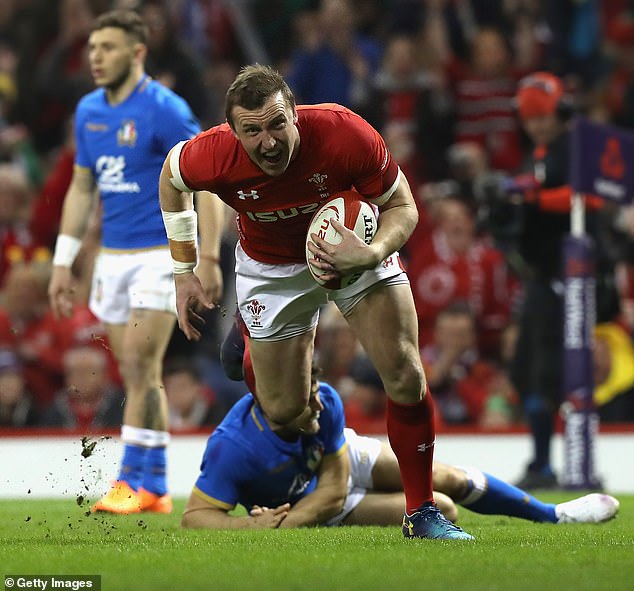 ‘I’ll be supporting Wales and make sure my daughter Ruby does as she was born here. I’ll need a bit of back-up in my house!’

It was confirmed on Monday that the 32-year-old will join the growing exodus east to play for Panasonic Wild Knights — the same team as England lock George Kruis.

The harsh reality of coronavirus means Parkes’ departure is sudden. On Tuesday the removal men are emptying his house in Pontcanna while he stays away.

By now, the majority of Parkes’ belongings are on a container ship destined for New Zealand and on Saturday he will fly back to the land of his birth — leaving Wales behind. 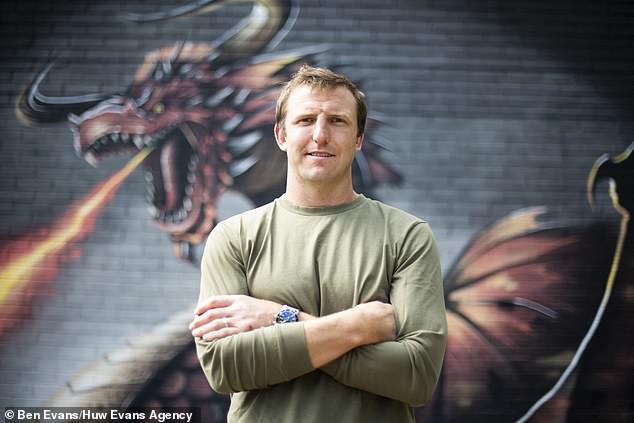 ‘Now we’re pretty much done, my wife Suzy and I are pretty sad,’ says the 29-cap centre.

‘It would’ve been nice to play one last game, or even to see the boys at training, but the real thing we’re sad about is not being able to say goodbye to our friends with a big barbecue or something. We’ve got a Zoom prize-giving tonight with the Scarlets — a black-tie event! Black-tie isn’t quite the priority to have in the hand-luggage to New Zealand, so I might be in a vest or something!

‘We’ve had to bring our flights forward as we heard Qatar Airways might be stopping flights in June. There’s a lot we can’t control, so unfortunately that’s the way it is.’ 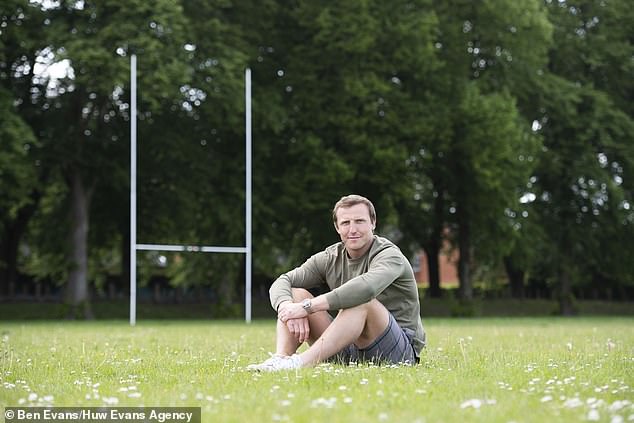 It will be a mammoth journey. The Parkes are travelling with departing Scarlets coach Brad Mooar, his wife and three kids via Qatar and Sydney. Once in Australia — the only route to New Zealand at present — they will have to wait in a hotel organised by the New South Wales authorities for 36 hours to catch a rare flight to Auckland.

Then they will have to isolate for 14 days. So there will be plenty of time for Parkes to reflect. 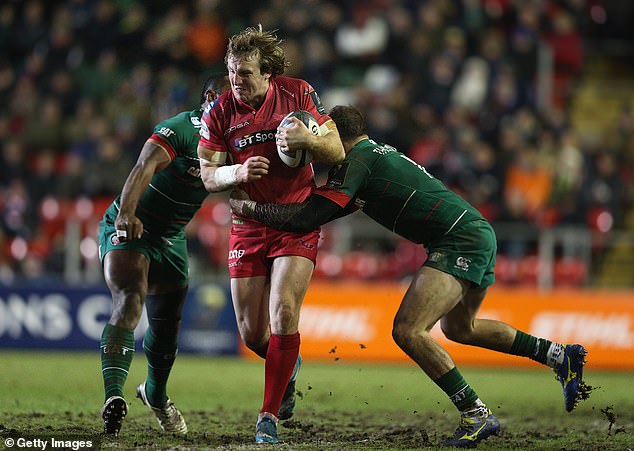 Signing for Scarlets in 2014, Parkes won PRO14 with the region and then international caps

He has achieved plenty. Brought over to the Scarlets by new Wales coach Wayne Pivac, he won the PRO14, made his Test debut on the day he qualified on residency in December 2017, then became a key part of the 2019 Six Nations Grand Slam and recent World Cup.

While packing, he has found more than 160 programmes from his games in Europe and plenty of shirts that have stirred great memories.

‘I’ve always kept Wales and Scarlets jerseys,’ he explains. ‘I found the ones from the PRO14 finals and laid them out — it was quite emotional remembering the good times.’ 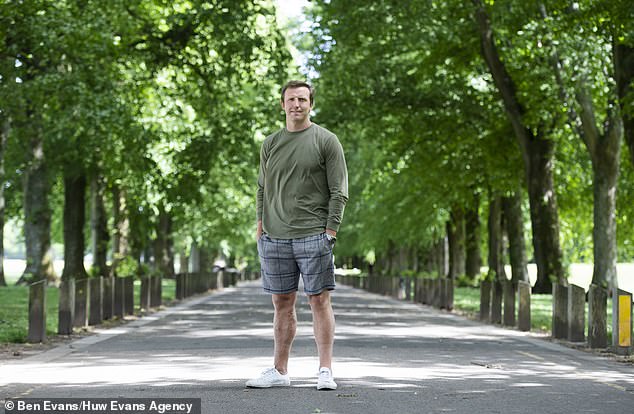 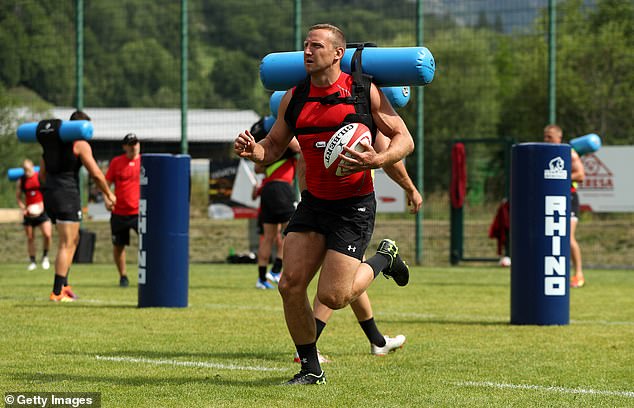 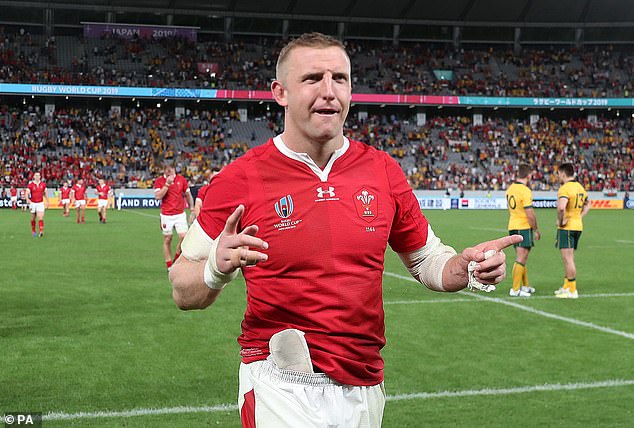 As ever with those who switch allegiance to a new country, there has been criticism of Parkes playing for Wales. The Kiwi has tempered that through his commitment and humble nature.

‘There were a few things said with me qualifying on the day,’ he recalls. ‘I wasn’t that nervous for the game but I was nervous for the anthem as I knew a lot of people would be watching.

‘Rhys Patchell had been teaching me it and I really wanted to make sure I did it justice having been given the honour and opportunity.

‘I managed to do it and I’ve loved singing it ever since.’

Now he is off, some are bound to criticise again. ‘The people’s opinions who matter to me are my friends and family and everyone has been supportive,’ he says. ‘Walking past people in the street they say, “Thank you and all the best” so 99 per cent are amazing. Wales has been home for us.’ 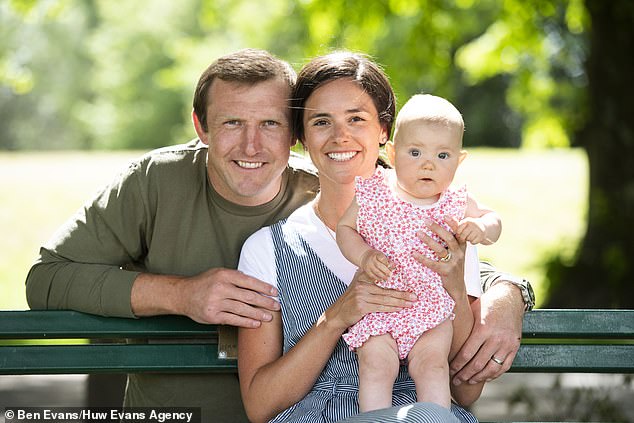 Hadleigh and Suzy have always been explorers — Parkes has now played in New Zealand, South Africa and Wales.

He has loved travelling to the Gower Peninsula, the Lake District, France, Italy, Portugal, Spain, Denmark, Iceland and more. So when Panasonic called in February, it turned his head.

Pivac still wanted him as part of Wales’ elite 38-man squad, but, partly due to wanderlust but mainly for his young family, Parkes plumped for another adventure.

‘Suzy and I are very family- orientated,’ he explains. ‘My parents would come over for a couple of weeks each year, but after Ruby was born in November I saw them with Ruby and how they were helping out Suzy, it clicked that we wanted Ruby to have a lot more special times with cousins and grandparents. The off-seasons are a lot longer in Japan so it will be easier.’ 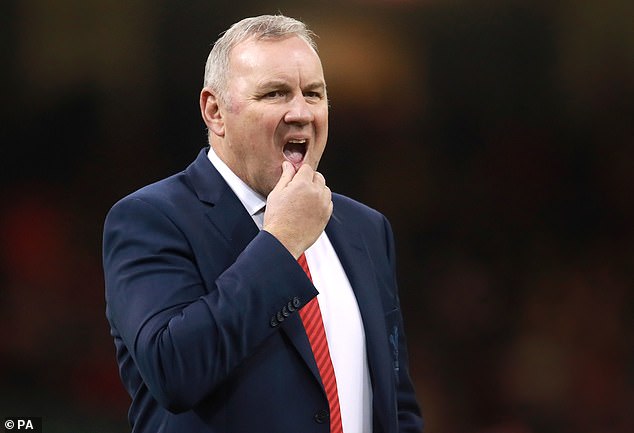 Having decided, he needed to tell the man who had gifted him his Welsh chance in the first place. Pivac. ‘He didn’t answer, so I thought, “s***”,’ says Parkes.

‘He rang back five minutes later and was so genuine, saying, “Good on you Parkesy, I’m proud of you. You’ve done outstandingly over here so I wish you all the best”.

‘That was special. You’d like to think you could get to another World Cup but the management could turn around and say, “We don’t want you” in six months. I didn’t want to think, “What if…?”

‘The World Cup made people realise Japan is such an amazing place. The people were so friendly, the cuisine is amazing and the rugby is good, too. There might be more who use it as an option during their careers. It’s an exciting time for rugby over there. My wife and I both thought it would be a great adventure for a young family.’

He will go to Japan in October to prepare for the new season in January — joining the likes of Alex Goode, Freddie Burns and Kruis out east.

The Kiwi adventurer might be leaving with a heavy heart, but it is a heart that still beats for Wales.