Tony Smith has called for caution from clubs before voting through any of the rule changes proposed as part of rugby league’s plans to get the 2020 season restarted.

On Thursday, the RFL released the proposed changes which will be put to a vote at next month’s board meeting, including adopting the ‘six again’ rule which has been implemented in the NRL and scrapping scrums for the rest of the year.

Hull Kingston Rovers boss Smith and his fellow coaches had a meeting recently where the general view was to keep watch on the longer-term effects the ‘six again’ rule on games in Australia, while he expressed concerns it would not achieve the aim of making the game safer.

“I think the consensus – although not everybody’s view – was let’s keep watching for a little while and see what comes from the NRL and what trends happen over a number of weeks,” Smith told the Golden Point Vodcast.

“The other thing we have to consider is at the back end of our year when we’re possibly playing multiple games in a week, do we really want to make our game faster when we’ve got a bigger workload for our players?

“From my perspective, it would be let’s not rush into it and let’s consider our circumstances before making a rule change which could have a big impact on player welfare and injuries if the game is sped up too much with these multiple games coming.

“I’m not sure how it makes it any safer by speeding it up. I think it possibly will have the opposite consequence for our players.”

The proposal to replace scrums with a handover for the rest of the 2020 season came about after medical experts on the RFL’s Laws Committee put forward evidence showing scrapping them would considerably reduce the risk of the Covid-19 virus spreading between players.

“One of the points they came up with is if somebody tests positive after the game, it’ll be easier to trace contact of those people who haven’t been in scrums and I just think it’s bonkers. 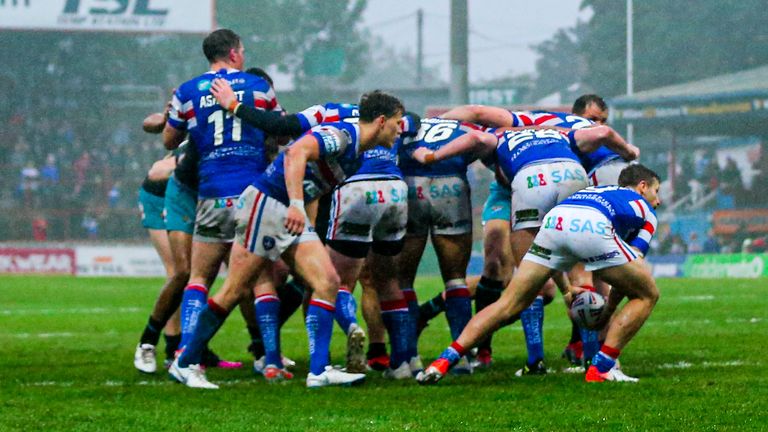 “Some of these players are going to do 40 or 50 tackles in a match. How they can find out within those 34 players in a match who hasn’t come in contact with someone who has tested positive?

“The scrum isn’t going to reduce that whatsoever. It’s going to a couple of hundred tackles involved in each match with three or four people in each tackle, so how are they going to trace anything? It’s either safe to play or it isn’t, with or without scrums, in my opinion.”

Australian Smith, who became a British citizen 10 years ago, also rebuked this country’s rugby league authorities for being too willing to simply follow whatever changes are made in his homeland rather than considering what would be best for the sport here.

“I actually think the Australian coaches and players have more say on the rules of the game in this country than we do, and I think there has been a great desire by our leaders to follow what Australia do than do what is best for our game here,” Smith said.