Home » Rugby » IAN HERBERT: There is no sympathy for 'parasite' rugby club Wasps

IAN HERBERT: There is no sympathy for ‘parasite’ Wasps in their adopted city of Coventry, especially among the football fans… you get what’s coming to you when you kick a club out of its home

Good luck to anyone searching Coventry for sympathy about the financial implosion of Wasps, the Premiership rugby side who have been playing in that city for eight years.

The club was a bastion of rugby union, proving ground of Ted Woodward, Rob Andrew and Lawrence Dallaglio, yet even the most moderate and reflective of locals feel it is not welcome in the place where it was parachuted in.

‘They’re an imposter in someone else’s city,’ says one local.

‘A parasitic club,’ says another.

‘The sooner out of our city, the better.’ 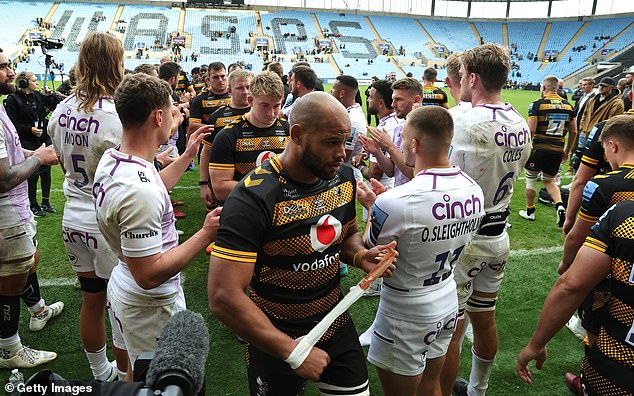 All of these opinions come from supporters of Coventry City — a club whose fans have come to revile Wasps in the years since the rugby side relocated here, bought the stadium and maintained such an uncompromising negotiating stance on rent that the Sky Blues found themselves exiled to Birmingham City’s St Andrew’s.

They eventually made it back and Wasps, in their infinite generosity, decreed that the stadium seats would remain Sky Blue.

But you get what’s coming to you when you kick a club out of its home. Schadenfreude doesn’t even begin to describe the current local sentiment. 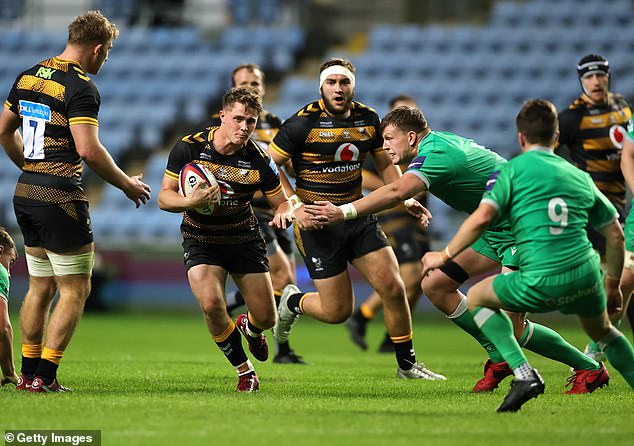 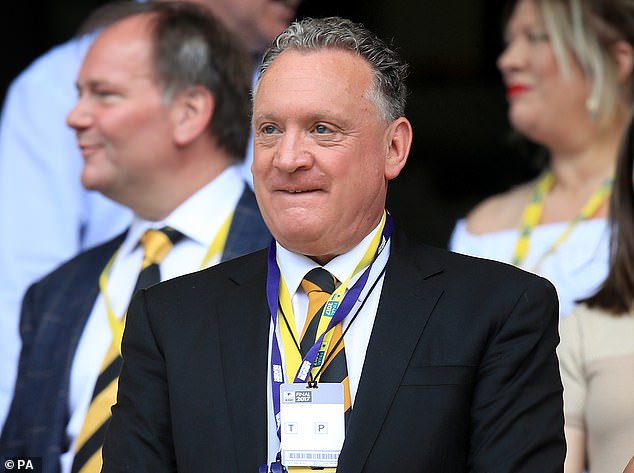 It’s not lost on some Coventry City fans that Wasps should have known precisely what the sting of stadium exile felt like, given that the club itself had become so nomadic, leaving its old Sudbury ground for Loftus Road then Wycombe Wanderers’ Adams Park before Coventry.

But it wasn’t the old Wasps club being shipped two hours from its London roots to the West Midlands in 2014. It was a franchise. A brand name, hawked to a random city by the suits. When those suits quietly dropped the word ‘London’ from their name, the cover story was that they were simply reverting to an original moniker. No one was fooled. The soul, the heritage and the roots had all gone.

And because those same suits had no notion of the concept of a spiritual core in sport, they simply assumed that the crowds would flood in and the legend would be transplanted. There was the blind optimism of inviting investors to a £35million bond issue, to secure ownership of their Coventry Building Society Arena, in 2014. It is now time to repay those investors but there’s no cash. 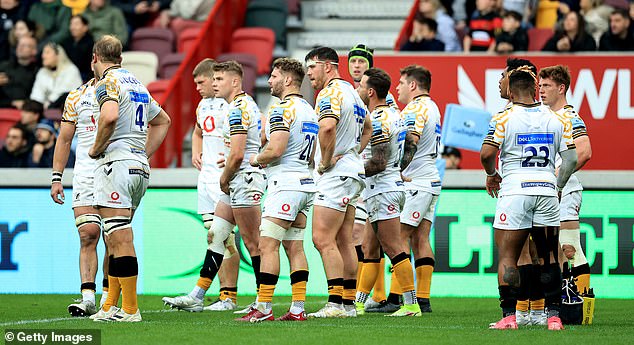 Good luck to anyone searching Coventry for sympathy about the financial implosion of Wasps, the Premiership rugby side who have been playing in that city for eight years

‘I’m shopping in Marks & Spencer now when I have been in Lidl for three years,’ declared then-director of rugby Dai Young in 2014. ‘It is a different shop, a different market, different players.’

He admitted that the Coventry stadium would ‘take a bit of filling’ but with four big-name arrivals, it might just work.

It didn’t. Crowds in the past year have been as low as 5,000, while Coventry City — a club and team with that essential spiritual core — have just achieved their biggest season ticket sales in 50 years.

Wasps’ desperation for cash saw the stadium made available for this summer’s Commonwealth Games rugby sevens tournament, leaving the pitch unplayable for City’s new season. The club subsequently played six of their first seven games away from home and have had to fight to get Wasps to pay for repairs.

Wasps is a toxic name in Coventry rugby circles, too. Their presence has damaged the strong Coventry rugby club. Worcester Warriors, recently sunk by their own managerial incompetence, also had development projects in Wasps’ new catchment area.

Against such a backdrop, it’s little wonder that the citizens of Coventry have never flocked to watch the team. The rugby club’s former press officer and now rugby writer Paul Smith said in a revealing interview for BBC Radio Coventry on Thursday that the club’s financial collapse has been coming for several years and that the notion that the pandemic caused the problems was a smokescreen. 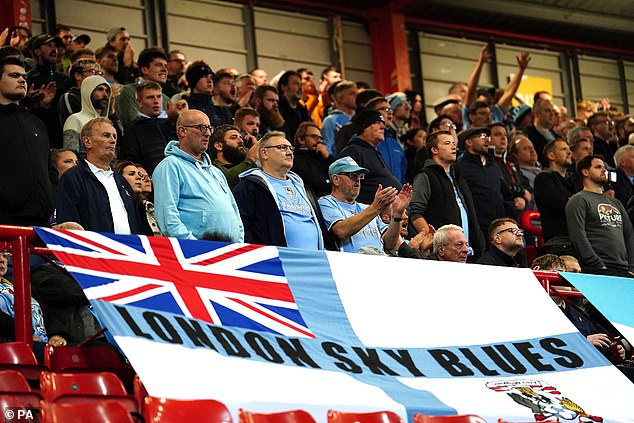 The club was a bastion of rugby union, proving ground of Ted Woodward, Rob Andrew and Lawrence Dallaglio, yet even the most moderate of locals feel it is not welcome

‘It’s a badly failing business, £90m in debt, losing £10m every year since the move,’ Smith said. ‘It was badly failing before any of us had heard of Covid.’ He sees no way back.

For Coventry City, bottom of the Championship and with their stadium’s future unclear again, there is fresh uncertainty. Some believe that the NEC group will pick up the stadium leasehold and agree rental terms with the club. Many fans would have the old Highfield Road ground back in a flash, given the chance.

Barring some spectacular intervention, the Wasps rugby club will become a name and nothing more. There will be no stadium, no training ground. There will be merely the prospect of starting up again as an amateur side.

A side that will not be a four-hour round trip from its original home. A club run by those who see something more profound than commercial opportunity. That sounds like an improvement.