Huddersfield coach Ian Watson sang the praises of teenage stand-off Will Pryce after he helped his side overcome a calamitous start to beat Wakefield 22-18 in an extraordinary contest at the John Smith’s Stadium.

Playing only his sixth Super League game, the 18-year-old son of former Great Britain international Leon Pryce was thrust into the role of solitary playmaker after his half-back partner Oliver Russell was taken off with a head knock midway through the first half.

The Giants were trailing 18-4 at the time but Pryce was at the heart of a magnificent fightback, with England winger Jermaine McGillvary scoring two of his side’s five tries as they ran in 22 points without reply to make it three wins in a row.

“He’s a special talent,” said Watson. “We’ve just got to make sure we look after him.

“There are things he can improve on but the composure he showed at times demonstrated his maturity. Being the only half out there, everyone was looking at him but he didn’t let the pressure get to him.

“Will more or less did the team talk at half-time and that shows how confident the young lads are. 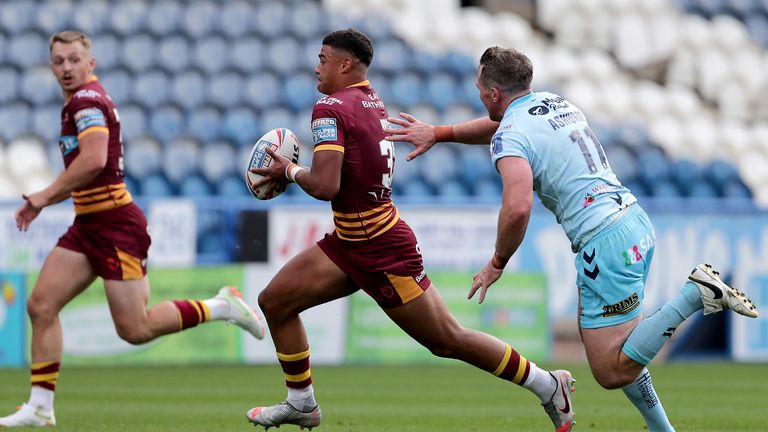 “The leadership stood up to ensure the youngsters didn’t panic. We have a good mix of youth and experience at this moment in time.”

Huddersfield could hardly have made a worse start, with Russell sin-binned for a professional foul a minute into the game, and Trinity took full advantage of the extra man to run in two tries through Reece Lyne and Ryan Hampshire.

It was 18-0 when Joe Westerman scored a third try but the Giants pulled one back before the break through substitute Sam Wood and went on to dominate the second half.

“It was a horror start in every aspect,” Watson said. “Losing Oliver Russell meant we faced a lot of adversity but one thing this group has showed is that they are prepared to fight for each other.

“I just knew that, once we scored, if we continued to play as we trained, we would score some points. We stuck to the process to come away with the win.

“It was a team good team performance, probably the best in my time here. It’s massive credit to the boys. I think it’s a long time since Huddersfield won a game like that.”

Wakefield coach Chris Chester was livid at the way his side stopped playing as they slipped to a fifth successive defeat to remain second from bottom. 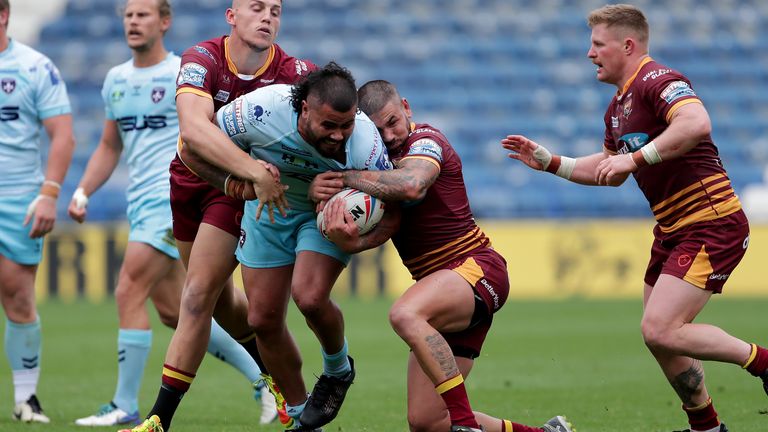 “You should never lose a game from a position like that,” he said. “There were things on a rugby field I’ve not seen for a long time.

“Some of them were not brave enough, that’s the scary part. We started to creak in the first half and the second half was abysmal.

“Some of these players just aren’t good enough. Some are struggling with the intensity and the pace of the game. We are embarrassed by that second-half performance.

“Maybe some of these guys looked at the team sheet and thought they were in for an easy game,

“There are a lot of good young kids at Huddersfield and they brought some real energy. We weren’t tough enough as a group.”