Home » Rugby » In the name of the father: Grand final history repeats for Bews

The last time a Bews played in a senior grand final for Geelong, it was Andrew, and he was out in the middle of the MCG, racking up 27 disposals and kicking a goal in one of the all-time great VFL/AFL matches.

When it happens again on Saturday night, the former star rover and Cats captain will be sitting on his couch, watching son Jed try to achieve what he could not across his 12 seasons in the big time at Geelong, and five in Brisbane. 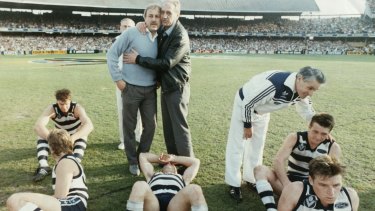 Thirty-one years ago, Ablett snr won the Norm Smith Medal for his nine goals in that epic against Hawthorn.

"Now those two boys are playing in a grand final together. Hope they get a better result. You've got Hawkins, I played with Jack, there's so many quirks to the whole thing," Andrew said.

But there is no sense for Bews snr of his son tying up his old man's unfinished business. 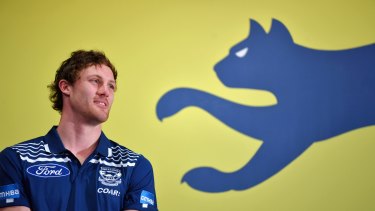 "That boat sailed a long time ago in 2007. Anybody who played previously would have felt like the whole journey was worthwhile. I'm huge on that, I really am," Bews said.

Andrew takes a measured approach when watching his son, leaving the emotional part of the game to wife Julie-Ann.

"When you've got a kid playing high-level sport, you've watched him all of his career," said Andrew.

"In the early days it's 'I hope he doesn't muck up, I hope he gets some touches, I hope he doesn't get hurt.' They're in the background, those subconscious things going on, but what I look for now … is the work rate, the setting up, the stuff that generates all those good pieces of play.

"I'm not as emotional and attached to the game as my wife, she goes crazy."

That's not to say Andrew isn't proud of Jed's achievements. It took him more than two years to break into the strong Cats side for a senior game, and only in his ninth season on the list has made it to 100 matches.

"If you can hang in there long enough, these things will get ticked off in time. He's been able to stay there in the good times and the hard times. He's had his injuries, he's had those sorts of challenges to get through and come back from. At the start of the season he was out of the side. He's good at owning his situation and owning the good and the bad," Andrew said.

"When he first came into the team, they'd just won a premiership. So he comes to the club and he has to wait his time, learn.

"He's not the top-liner in the team, he's not the most flamboyant, he's a dour defender."

Get your finals’ fix delivered straight to your inbox with our Real Footy newsletter. We’ll have a preview of the matches and expert tips each Friday afternoon and on Mondays, chief AFL writer Jake Niall will wrap up the weekend’s play. Sign up to The Age‘s newsletter here, The Sydney Morning Herald‘s here, WAtoday‘s here, and Brisbane Times‘ here.