Home » Rugby » ‘It should be a given’: Ferguson says NRLW deserves equal footing

If the NRL is played, the NRLW has to be played.

That's the view of former Jillaroos star Allana Ferguson, as the NRLW fights for survival. 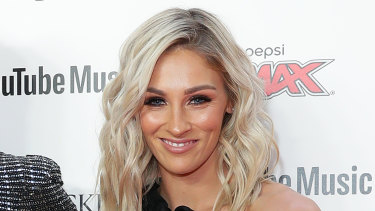 Allana Ferguson wants the NRLW to be put on the same footing as NRL as it fights for survival.Credit:Getty Images

The women's game has been rocked by the revelation that the Roosters and Warriors are set to pull out of the competition due to financial constraints caused by the coronavirus pandemic.

Senior NRLW players, the RLPA and NRL executives have since been discussing the future of the women's game daily.

That resulted in a financial guarantee for the top 20 women in the game, who are all on central contracts.

But there is no certainty as to whether the competition will proceed at all this year, as only the Dragons and Broncos remain guaranteed starters for the 2020 season.

Ferguson, who was at the forefront of the rise of the women's game before a fourth ACL injury forced her into retirement, doesn't think that's good enough.

"It’s disappointing that it hasn’t been the case that if the NRL is played, the NRLW has to be played," Ferguson said.

"It’s just something that is spoken about and the NRL are saying we will try and do our best.

"That’s been the most disappointing aspect, that it isn’t just a given. Because I think it should be a given.

"We have tried to change the mindsets, we have shown everyone what it’s all about. It should be a given that if one is played, so should the other."

But NRLW players haven't been made to feel like they're on equal footing since news the future of the competition was in doubt emerged.

Roosters officials and players were caught off guard by Monday’s news, which revealed they would not take part in this year's competition.

That has been "devastating" for everyone involved in the rapid growth of the women's game.

"That's the devastating thing. Women’s rugby league may not be the priority for clubs at this point in time," Ferguson said.

"That’s the impact the women are feeling. They are seeing glimpses that they’re not worth it or they’re not good enough just yet, which isn’t the case.

"Unfortunately what it will come down to is dollars and cents in rugby league. Can they afford it?

"I don’t think there is any club out there that would think it’s not a good opportunity because it is.

"We’ve seen the progression of the women’s game. We’ve seen how they play, what they can do for the market.

"They’re their own business and we’ve seen how successful they have been. It’s in all clubs’ best interests to form a women’s team.

"Unfortunately, the position rugby league is in at the moment – individually and as a whole – is that they may not be able to."

If the competition does pause for at least this year, Ferguson believes it would be a "handbrake" for the growth of the game.

"But we play and they play purely for passion. That’s why they started playing the game," Ferguson said.

"There are some players that are getting monetary benefits now but that was never the case to begin with and they were still playing at the elite level without that recognition and without those monetary payments.

"It has been a bit of a shock but it’s just about getting onto the next job and figuring out what they need to do."

Bill Sweeney backs plans to reduce the Premiership to 10 teams

Rabbitohs give rookie a shot at No 7 jumper