Josh Reynolds, not for the first time, has to prove himself worthy of a blue jersey via a training audition.

Reynolds is back at Belmore, hoping to turn a $1000-a-week, train-and-trial deal into a top-30 contract with the Bulldogs. The former NSW playmaker has about 100 days to convince new Canterbury coach Cameron Ciraldo that, at the age of 33, he still has something to offer at NRL level.

Reynolds has been here before. In 2014, with then-Blues coach Laurie Daley struggling to separate Reynolds and John Sutton in their race for the NSW No.6 jersey, he pitched the pivots into a train-off.

The circumstances are different, but there’s a feeling, almost a decade later, that history is repeating.

“It is, it really is. Literally. It’s happening again,” Reynolds says with a chuckle. “I was telling that story to one of the boys the other day, and they were like, ‘How did you do that?’

“I don’t know what I did. Did I go harder? Was I too nervous?

“The way I’m looking at it now, I’ve got to be on every day. It’s not just about being on the field, it’s everything: the leadership, the things I do around the place, eating right. In the past that’s been hard for me – I’m not a natural. When I was younger I wasn’t the most professional bloke, but now I take pride in doing all the little things. 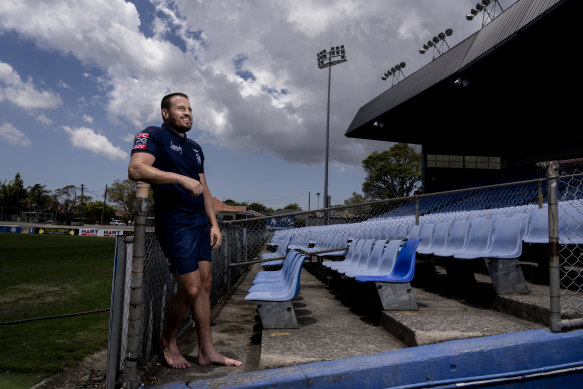 Josh Reynolds is back at Belmore on a train-and-trial contract.Credit:Louise Kennerley

“I’m 33 and this is the best I’ve ever felt in a pre-season. It’s because I’m doing everything right. I’d say to my silly, five-years-ago self, ‘What are you doing?’

“It’s like life, it’s about choices. What you put in, you get out.”

Reynolds is sitting down with The Sun-Herald on one of those dusty old blue chairs at an empty Belmore Oval on Friday afternoon. Just a few months ago, after his stint with English club Hull FC had finished prematurely, he felt his colourful playing career had ended. But as he was travelling around Europe, thoughts started to turn to home.

“There was just a little itch,” he says. “If there was an opportunity to come back here, I’d kick myself five years down the track if I’m sitting in the pub and I knew I had the chance but didn’t take it.”

“People say it’s a bit of a fairytale, and it is a cliche, but it is for me.”

Reynolds admits that, after struggling to live up to his pay packet at Wests Tigers and Hull, his passion for footy had dwindled.

However, the chance to have one last crack with the “Family Club” changed everything. After pleading his case to Ciraldo, the pair agreed the local junior would need to prove his worth the hard way. That means coming up against younger players trying to snare that final roster spot, with no guarantees given. Not that Reynolds is complaining. 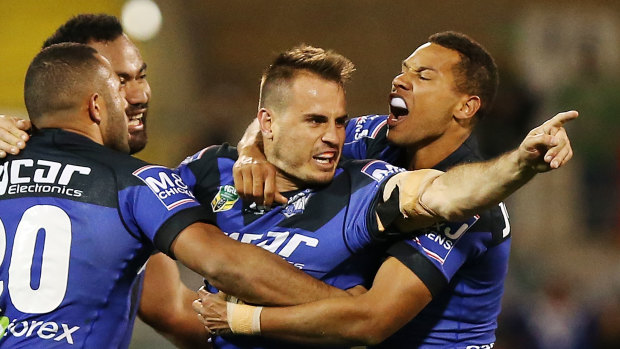 “No matter what happens now, being a part of this somehow is what I wanted. There’s a top-30 shed, and I’m not in that, I’m in the second shed, and I’ve had a word to Cam about that.

“The locker rooms have changed, and I’m at my old, old locker in the old room. That means something to me; it brought back a lot of memories.

“To be in that locker with a lot of young guys on the brink of the top 30, it’s pretty special.

“It’s quite embarrassing when an 18-year-old says, ‘Man, I was in kindergarten when you were playing in the 2012 grand final.’

“It’s given me a new lease of life on footy.” 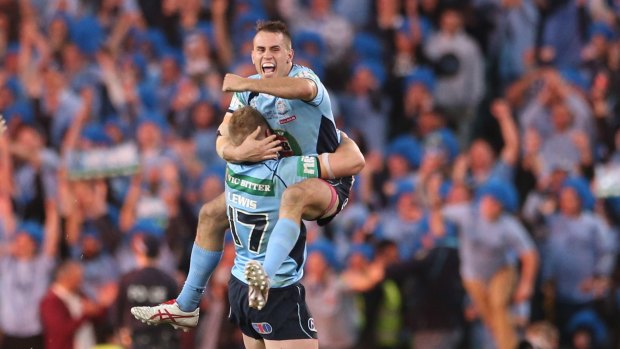 Josh Reynolds fought his way into the NSW side that ended Queensland’s long winning streak.Credit:Anthony Johnson

It’s Bulldogs or bust for Reynolds. If, at the end of his latest train-off, the coaching staff deems that the “Prince of Belmore” isn’t up to it any more, then it’s straight into retirement.

“No other club, even if there was money, would make me go anywhere else,” he says.

“Even if a club made me a big offer – which is not going to happen – there’s nothing to take me away.

“The joy I had at this club had nothing to do with the money I got. I’m just trying to capture that again.

“I’d quit in one second if it was about the money because it’s hard work. It’s just about finishing here.”

So what should fans expect from the man affectionately dubbed “Grub”? Is he still that same, bull-at-a-gate, 100-miles-an-hour pest running here, there and everywhere with that trademark infectious energy? Or will this be a more mellow and measured version?

“I’ve been told to not play on emotion, but at the same time it’s who I am. I will still try to do exactly what I did 10 years ago in pre-season. I might not be as fast, but I’ve still got the same mindset that got me there.

“It hasn’t changed. I can’t go out there and do the razzle-dazzle; I’ve got to do all the little things. That’s how I can hopefully have an influence on the team.”

Rewind to that previous train-off, and it was Reynolds, rather than Sutton, who got the nod for the coveted NSW No.6 jersey. The Blues went on to win that series, snapping eight seasons of Maroons dominance.

Now he has to prove that he can still get the job done. To run onto his beloved Belmore Oval one more time at NRL level.

“I can actually picture it – I do,” he says. “It’s forward thinking to get there.

“It would mean so much to me to go out there one last time and give back to everyone who has been a part of it.

“Belmore can have a bad rap if you’re not from here but, for me, it’s home.

“This is where I was brought up. I was a kid at that preschool just down there; I went to the primary school over there. It’s home.”

Team of the week: Tom Trbojevic, Peter Mata’utia and Joe Westerman among the best from Super League and the NRL