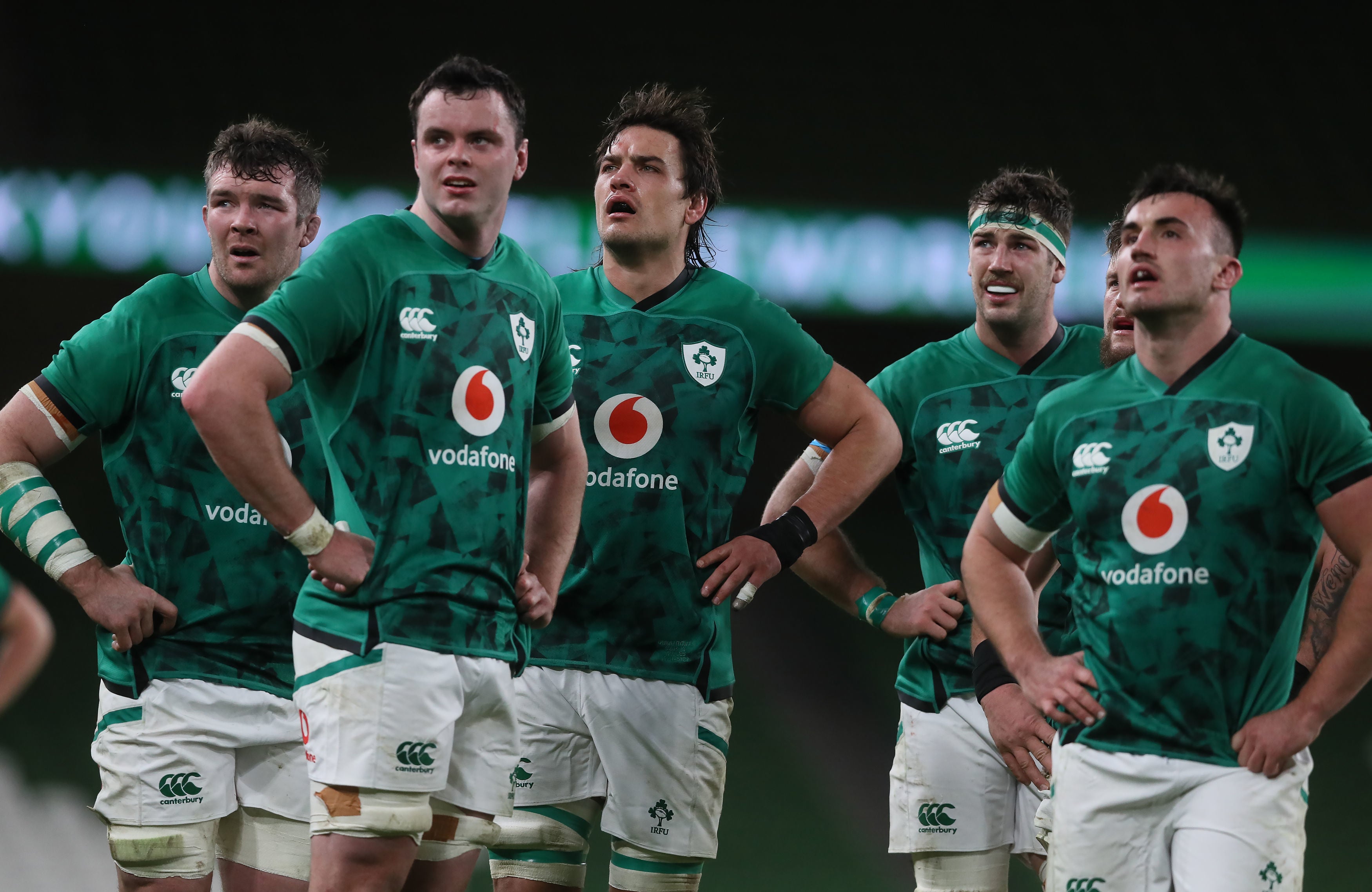 Full-back Jacob Stockdale (calf) and lock Iain Henderson (medical issue) were ruled out an hour before kick-off, with Roux replaced by Henderson and Hugo Keenan switching to 15 with Andrew Conway coming in on the wing.

Henderson’s withdrawal was understood to not be related to Covid-19.

There were two scraps within the first five minutes as the sparks flew, but Wales loosehead prop Rhys Carre’s struggles at the scrum allowed Sexton to open the scoring.

A strong period of Irish carrying looked like it would result in the first home try, but Wales flanker Shane Lewis-Hughes did well to relieve the pressure. 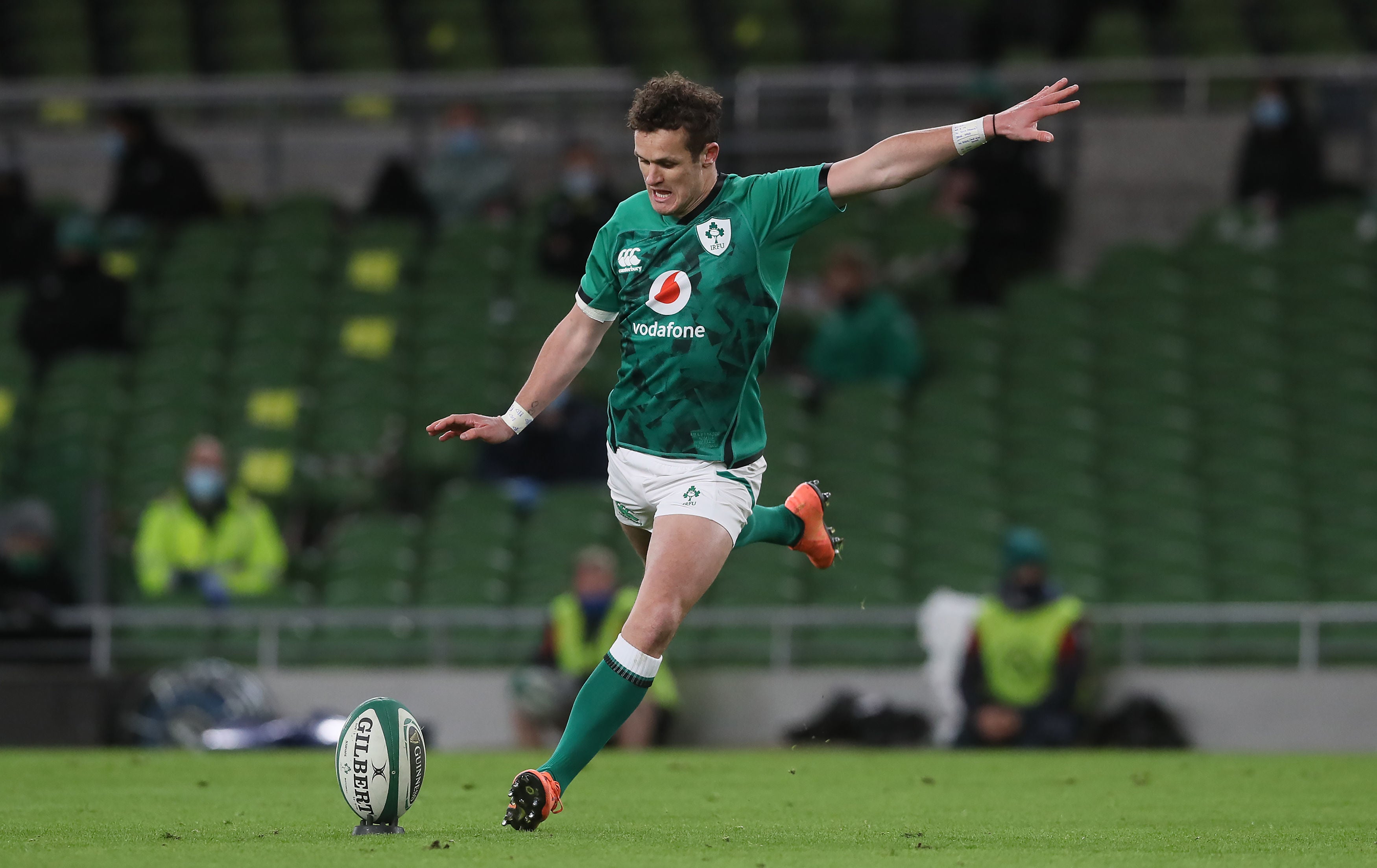 And on Wales’ first visit to the Irish 22, Leigh Halfpenny levelled the scores. Irish centre Robbie Henshaw was the man to give the penalty away for not releasing the tackler.

Ireland’s power game was relentless though as they took a leaf out of the Exeter Chiefs book with a series of pick and goes, last-minute replacement Roux was the man to go over for the first try.

Sexton converted, immediately added a penalty to make it 13-3, and then limped off with a hamstring injury. “I just picked up a strain on that penalty,” he said after. “(It’s) frustrating. I was enjoying it out there.”

Wales – who sacked defence coach Byron Hayward in the build-up to this game – were really struggling at scrum and lineout.

Halfpenny did at least keep them in the contest with a second penalty, but on the evidence of the first half Wales forwards coach Jonathan Humphreys would have been watching nervously.

His team even lost one of their own scrums – a rarity at international level.

Halfpenny and Sexton’s replacement Billy Burns – on debut for Ireland – swapped penalties, but there was only one team in it.

Just before the break another Wales line-out went awry. Josh Adams saved the day, but Pivac had seen enough of Carre as he brought on Wyn Jones at loosehead before the first half was even out.

Wales conceded another scrum penalty in a good attacking position when the game restarted. 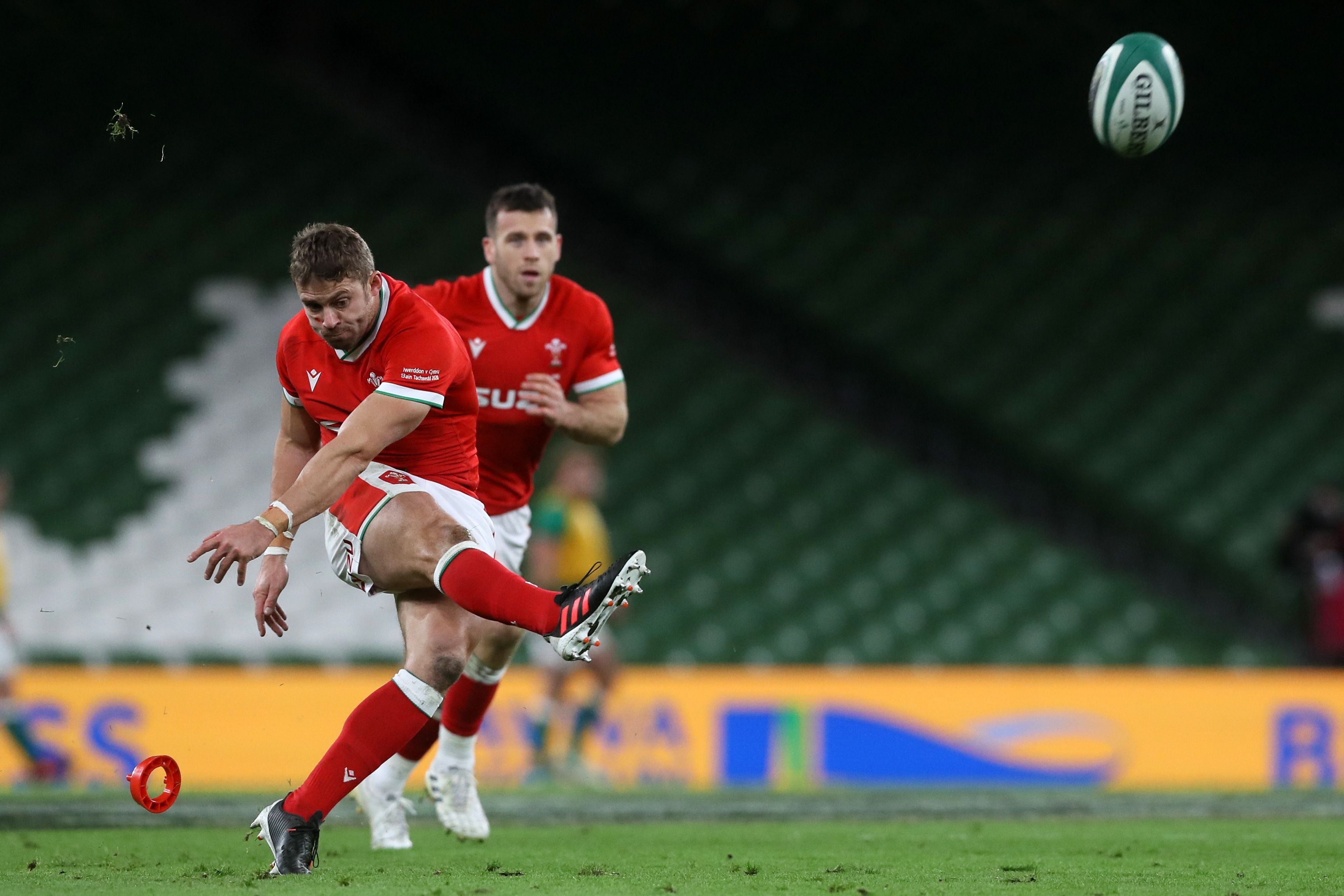 Three penalties from Halfpenny proved the only scoring for Wales

Such was the away side’s lack of belief in their set-piece that when they won a penalty on halfway, they went for the posts instead of the corner. Halfpenny’s monster effort fell just short.

A minute or so later from exactly the same position, Dan Biggar went for territory rather than the posts and his kick failed to find touch.

It summed up the bewildering decision-making and awful execution of those in red. The only saving grace for Wales was Ireland’s woes as they caught their opponent’s breakdown blues.

Halfpenny did kick a penalty to make it 16-9, but man of the match Caelan Doris charged down Gareth Davies and only a wonder tackle by Taulupe Faletau denied Cian Healy.

Burns added another penalty and Wales finally went on the attack after unloading their bench.

Halfpenny missed another kick as Jonathan Davies limped off to be replaced by George North for his 100th cap.

But Conor Murray – who replaced an injured Burns – struck a penalty with his first touch and then added a second before Lowe put the game to bed and Wales out of their misery in the final play.

Ooh, ahh, ouch for McGrath: Bomber out for season, may need surgery