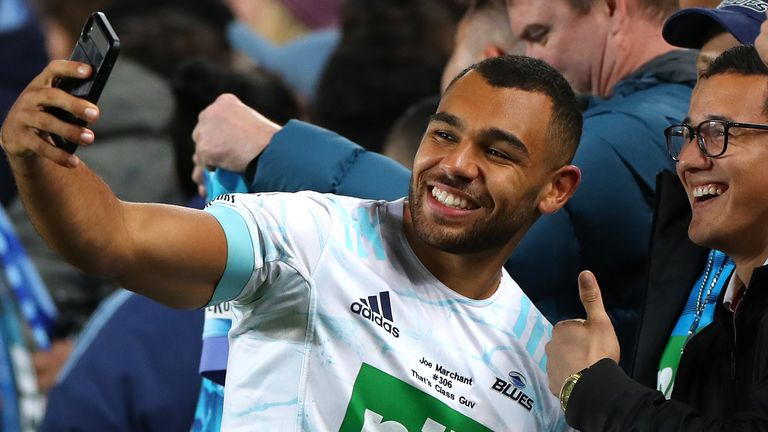 Harlequins centre Joe Marchant recounts his unique six-month experience with the Blues in Super Rugby, a genuine trailblazing move for a young rugby player from the northern hemisphere.

While there may be a conveyor belt of talent from the southern hemisphere, both young and experienced, who travel up to forge careers in the northern hemisphere each and every year, a move in the opposite direction is exceedingly rare.

Even more uncommon is for a player from these shores or this continent to move down to Super Rugby when in the infancy or prime of their careers.

Yet, Quins and England centre Marchant did just that. 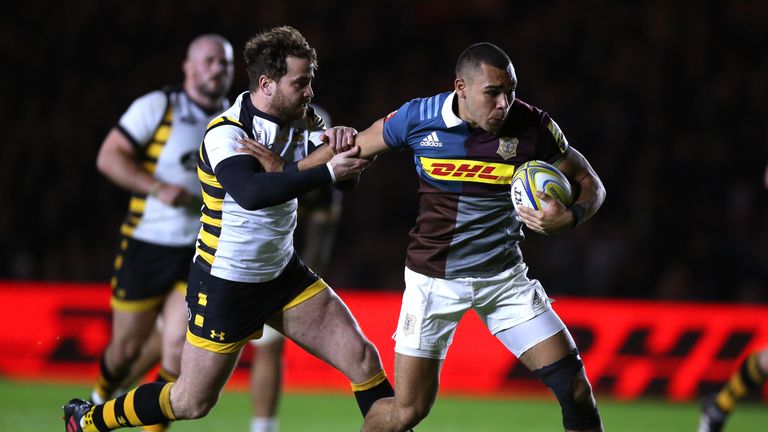 Having come through at Quins to perform as one of the Premiership’s shining lights, Marchant earned three England caps in their Rugby World Cup warm-up Tests of 2019 – scoring a try against Italy at St James’ Park.

On the cusp of England recognition, he signed a highly-unusual sabbatical deal with Quins – committing himself until 2023, but allowing him to depart to Super Rugby for six months from January 2020 – a lifelong ambition to test himself in southern-hemisphere rugby the pull.

How did such a deal come to fruition? And how did he end up at the Blues?

“It was just a conversation that started with my agent – it’s been something I’ve wanted to do for a long time,” Marchant told Sky Sports.

“I’ve wanted to play Super Rugby and in the southern hemisphere. We’ve been speaking about it for a while and suddenly this summer it came about.

“I was in the process of renewing with Quins and we just decided to go for it. And we wanted to try and get it in to see if Quins would let me go for a short time, and then be able to come back and still be at Quins. 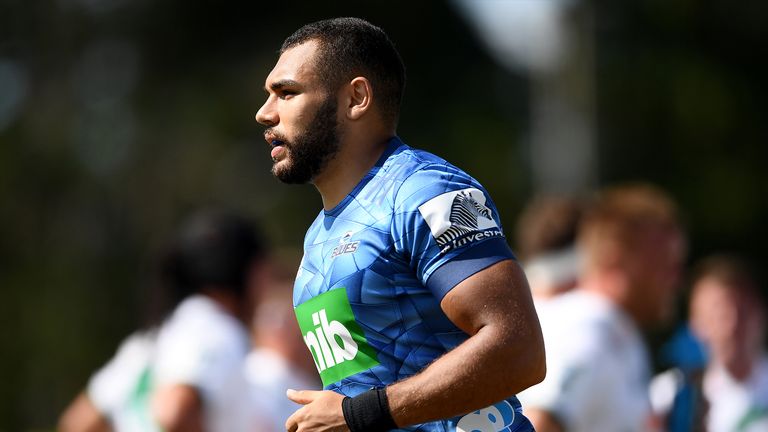 “My agent put a feeler out to a lot of southern hemisphere clubs and I spoke to (Blues head coach) Leon McDonald pretty much straightaway.

“He loved the idea that I would come and try to develop my game, and he thought I would fit in well with his idea of where he wanted the Blues.

“From the first conversation, it sounded perfect. The Blues sounded a great place to go and really learn my rugby.

“To get in amongst loads of good players and though the team hasn’t been too successful over the last couple of years, Leon really felt that this year was a starting block and somewhere where we were going to take it to a new level, and we did.”

By choosing to depart England for New Zealand, Marchant forewent any opportunity to feature for Eddie Jones’ national side during that time frame – a period which included the 2020 Six Nations, and prospective summer tour to Japan.

Marchant says it was a sacrifice he and all others he spoke to felt was worth it.

“I asked loads of boys at Quins who had played southern-hemisphere rugby and they all said it would be a great opportunity and then I asked Guzzy (Paul Gustard, Harlequins head coach) at Quins as soon as we decided it, and he said: ‘Look, I think it would be a really good learning opportunity for you, and really good development.

“This was around about the summer time, in and around the Rugby World Cup camps. I had a brief conversation with Eddie (Jones), and he was the same, again thinking it would be really good for my development.

“Then it was about taking the leap and just going for it. I knew I was going to miss out on being available for a Six Nations and for Quins for six months but it was just something I felt.” 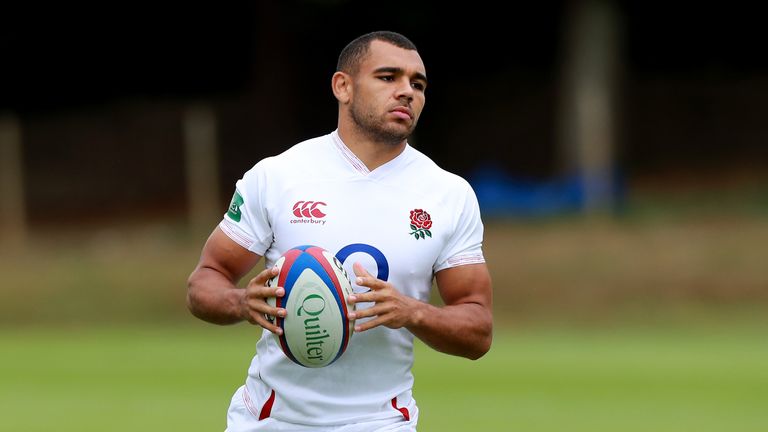 On January 2, 2020, Marchant made the long journey from London to Auckland, beginning his Super Rugby odyssey.

What was the first experience of his new environment like?

“My first day was pretty much chucked in at the deep end,” he said.

“I knew no one and in one of the first meetings, all the boys were singing a song in Maori and there were no words up on the screen and I had no idea what was going on. From that moment, it was just play on.

“I’d never experienced being the only one that was different or had a different accent.

“When we have Aussie boys in at Quins, we might say ‘g’day’ or do their accent, but I didn’t realise how relentless it is.

“Every day at the Blues people would put on my accent, but it wouldn’t be my accent it would be the most cockney accent from any film.

“It was cool. They called me ‘Guv’ because of that, it was a nice welcome.” 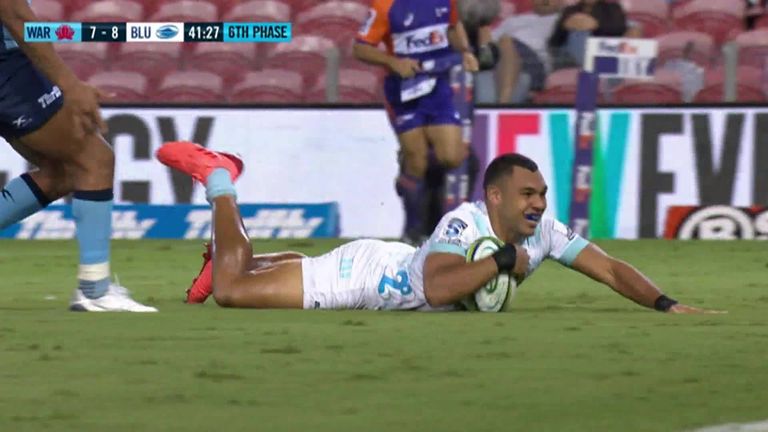 As someone still within the early stages of his career, Marchant has already had a relatively peerless experience of being ingrained in club set-ups at the top of the sport in England and in New Zealand.

So what are the main differences?

“Over there, you can tell with the back-rows that they’re in with the backs a bit more. That was one of the things I noticed a lot more.

“You can see with guys like Hoskins Sotutu or Dalton Papalii, they are really good at doing stuff that a centre would do as well. They’d be able to put kicks through, to see space, to call for the ball in space. Those kinds of things.

“It’s just different. We’ve got loads of good back-rows here at the club, who have got a slightly different approach. James Chisholm and Alex Dombrandt are really good at getting that front-forward ball and grind.

“They’re a bit bigger, and that’s maybe the difference between the Prem and Super Rugby really – in the southern hemisphere they’re just a little bit quicker.

“The way it’s coached is a little bit different too, due to the game. 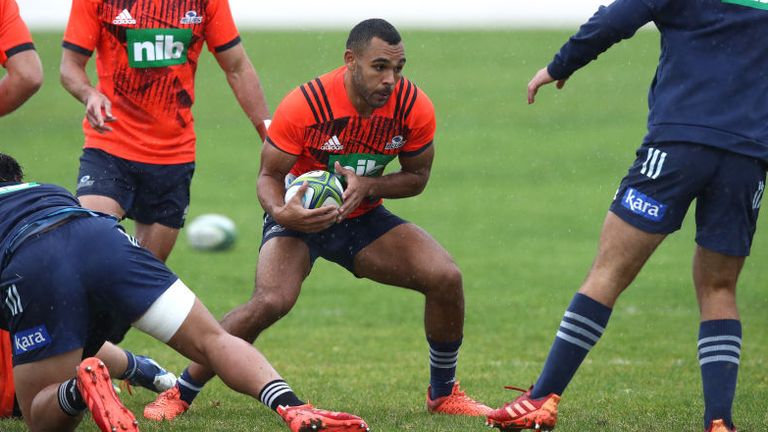 “With the Prem, you have to be a more defensive team, have a real strong set-piece or otherwise you will come up against Exeter and Sarries and you will really struggle.

“But in New Zealand, it’s the teams that can really throw it around, can get the ball in another three times, keep the ball alive and then wait until everyone’s dead and then play from that, that’s the tipping point there.

“There’s a lot more emphasis on getting the ball in play and training under fatigue. Everything was alive the whole time.

“If there was an offload or half break, you’d make sure it was finished off. If anyone can get their arm through, you play that.

“Whereas over here, play is more direct.”

Something Marchant could never have predicted throughout his move, however, was the impact Covid-19 would have.

Indeed, midway through March, Super Rugby was halted and would not resume in New Zealand for three months in mid-June under the guise of Super Rugby Aotearoa.

By the time of his departure, Marchant had played seven times for the Blues, scoring three tries. Totals which would certainly have been higher but for the pandemic.

Did Marchant get out of the trip what he wanted?

“As a human being, I definitely ticked off a lot of boxes. I lived on the other side of the world, I moved over with my partner and it was something new, being able to see loads of stuff and make the most of time off.

“But in terms of rugby, I feel like I made the most of the situation. I learnt loads, I tried to ask as many questions, I tried to do extra things if I could.

“When the lockdown did happen, I was fortunate as the Blues cleared out their gym and gave everyone equipment so I could use the time to put on a bit of weight, get to the weight I wanted to be at and when I came back after lockdown, try and maintain that.

“Overall, it was a really good experience.” 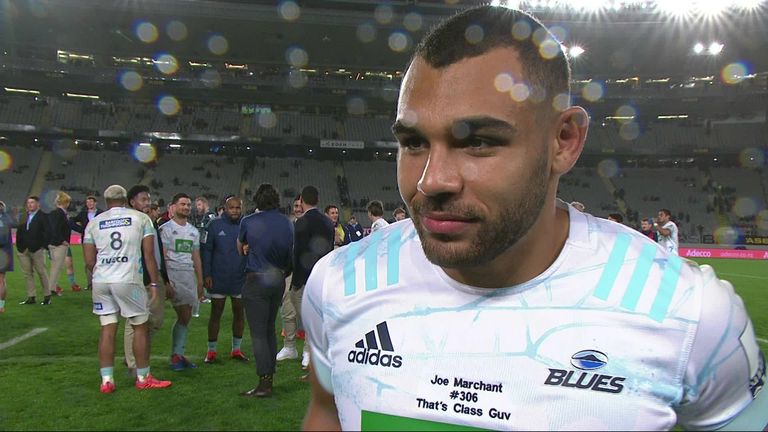 For the first time in nearly two decades, the Blues have built a side and performed at a level capable of challenging for titles.

Some of the standouts have been youngsters in the form of No 8 Hoskins Sotutu and wing Caleb Clarke, as well as All Black wing-cum-Blues-centre Rieko Ioane.

How does Marchant rate each of that trio?

“Hoskins has been amazing this year. You could just tell he has this talent, it’s crazy.

“In one of the games, I think it was against the Highlanders, he picked up from the base and rather than give it to the nine to do a clearing grubber down the touchline, he just did it himself.

“Or hitting a grubber through when we played against the Waratahs and Mark Telea scoring, just little things like that, he’s really come onto the scene.

“He does his basics well with his carrying and getting over the gain-line, but then these skills come out and you can really see why he’ll be playing top-level rugby for a while. 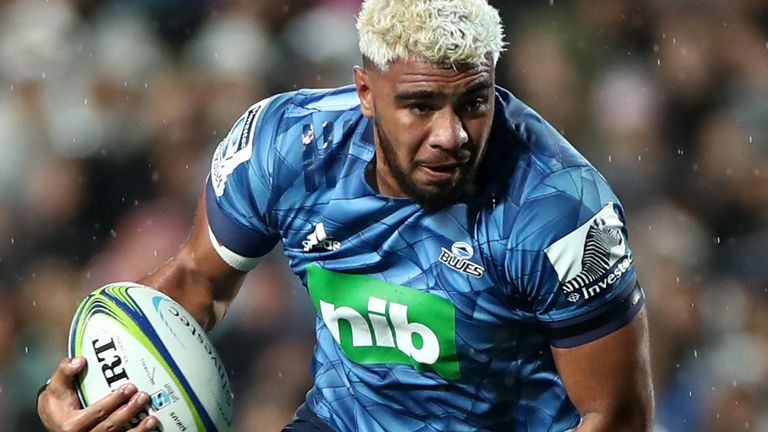 “Caleb was another guy who came in pretty much after lockdown, and he was fresh because he’d been playing sevens.

“He’s come onto the scene with legs bigger than anything, rapid and strong. He just trained really well and played really well.

“With Rieko, it was a little bit frustrating for me that he wanted to play 13, but he’s another good player to learn from and chat to about different situations.

“But he’s redeveloped himself as this 13 that can do everything a wing can do but just in one. He’s been awesome.