Joe Marler’s manifesto! Rugby’s most thought provoking player reveals what HE would do if he was in charge… including promoting Rassie Erasmus, spicing up the game for TV and turning the Chiefs into the Chefs!

Joe Marler is talking politics. Not mainstream politics — although you suspect he would enjoy lining up against Boris Johnson in a scrum. He has been thrown a question about rugby governance and, on the drive home from Guildford to Sussex, he is dreaming up a five-point manifesto to become World Rugby chairman.

‘My contract finishes in 2023, at the same time as president Bill Beaumont’s, so it’s perfect timing. I’ll only do it if Rassie and Gus say “yes”. We’re going to be the Tripod of Terror!’

You have been warned. Marler’s team is made up of rugby’s ultimate non-conformists.

Former Argentina scrum-half Pichot has disappeared into the rugby wilderness since narrowly losing last year’s election to Beaumont, while South Africa rugby director Erasmus is still serving a long-term suspension for his refereeing outburst during the Lions tour.

‘Rassie’s gold. He’s marmite but he’s got people talking about rugby. I love him. I f***ing love him. I think Eddie Jones should start running the water on like Rassie does, although by the time he reaches the middle of the pitch the ref would already be telling him to get off! 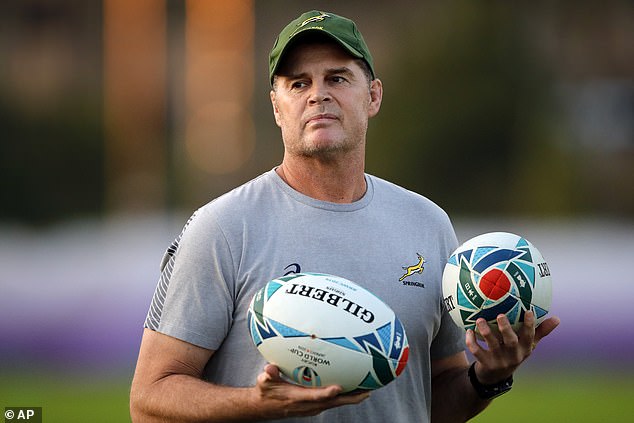 Marler’s team is made up of non-conformists, including South Africa coach Rassie Erasmus

‘Rassie seems very true to himself. I’ve never met the bloke but I got his staff to pass on a bottle of red to him after we played South Africa in the autumn. He is who he is. He does what he wants. I love anyone who is authentic and stays true to who they are. You don’t have to agree with them.

‘I love Pichot’s swag. The suit and white trainers. Such a handsome man. I agreed with him that the bigger nations, with all the power, have been greedy and kept rugby as a bit of an elite club.

‘I love Bill, he’s a great bloke who has done many good things but he’s never played a game of rugby in the professional era. You need a fresh, young voice to shake up the establishment.’

The game has changed beyond recognition since Beaumont played his last match for Fylde in 1982. Players have become more athletic, space has tightened up and the law book grows with every season.

Teams are always looking for loopholes on the pitch and Marler wants to see a clampdown around rucks and mauls. ‘The first thing I would do is ban the f***ing caterpillar ruck,’ he says. ‘It kills me. The whole thing is an a***. I would go as far as saying I’d ban box kicks but I might start to sound like Clive Woodward.

‘I want to see referees sanction the scrum-half for not using it when they shout “Use it”. I also want to get rid of the rule where the defence get the ball back if they hold you up and create a maul in the tackle.

‘I’m as guilty of it as much as anyone but it kills attacking rugby. The maul is just becoming a s**t fight.’ 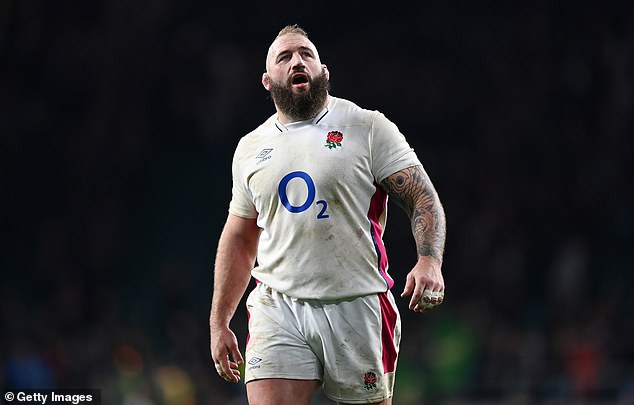 He wants to see a clampdown around rucks and mauls, which he insists are now a ‘s*** fight’

WHERE IS THE RAZZMATAZZ?

The likes of Lewis Hamilton, Max Verstappen and Emma Raducanu have dominated the sporting headlines in 2021. Other sports have taken huge steps forwards to capture new audiences, while rugby remains camera shy.

‘Rugby is definitely missing some sort of razzmatazz,’ says Marler. ‘We need a Drive to Survive type of show like Formula One. I thought that’s what CVC were going to do?

‘Can you imagine a raw, behind-the-scenes documentary of Eddie Jones? He’s an anarchist, isn’t he? He does what he wants. There are people out there who loathe him for it but there are a s**t-ton of people that love him. No matter what you think, he sticks to his guns.

‘Rugby definitely needs to grow its audience. We’re still such a minority sport and we need to get more of it on TV to grow it. I’d like to see press conferences where people say how they actually feel. Other teams might hate playing against Quins because of X, Y or Z but they never say it because they are worried about fuelling our team talk or whatever. That’s not really why you lose a game, is it? It would add more drama to it.

‘I’d love to see Pat Lam come out and say, “I really dislike Leicester after what they accused us of last year and the boys will be really fired up”. It’s better than coming out and saying, “Oh, I really like Dan Cole”. People will see those headlines and think, “Oh, this is interesting”. Everyone understands rivalries, happiness, confrontation. Not everyone understands 100 different rules and the idiosyncrasies of a maul. It would be great fun.’ 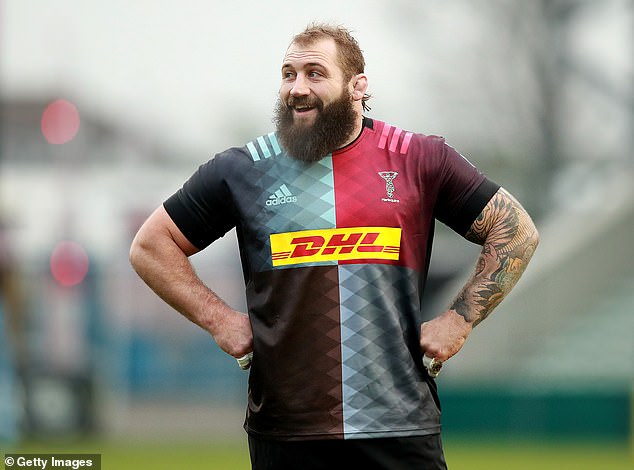 No stranger to the rugby dock, Marler wants to lead a clean-up of the judicial process. Suspensions are rarely straightforward. A player can even have their ban reduced if they are given a reference by a charity.

‘The disciplinary system is completely baffling and completely bonkers and I think it could be a tad more consistent,’ says Marler.

‘Tomas Lavanini is the most carded player in the history of rugby and his ban was reduced recently because he conducted himself well at the hearing. Does that mean you just have to scrub up nicely and wear a nice suit?

‘Looking at Rassie. His video during the Lions tour was over the top, of course it was. On the flip side, players and coaches have to take criticism and so should referees. Yeah, a 60-minute video is a tad excessive but then so is a 12-month stadium ban.’ 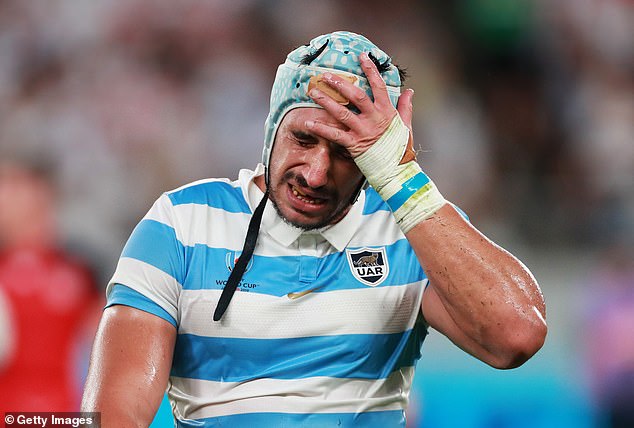 TAKE A CHOP TO THE CHIEFS

Talks are under way about dropping the divisive native American branding from the Exeter Chiefs branding. The ‘Big Chief’ mascot has already been retired and Marler wants to see the entire indigenous imagery scrapped sooner rather than later.

‘I’d like to see Exeter change their branding from Chiefs to Chefs,’ he says. ‘The Exeter Chefs. It’s a small but sizeable change. I think it would be more culturally appropriate than continually p***ing off native Americans. The branding opportunities are endless — a skull with a knife and fork under it rather than a chief. They could have their own cooking range, too.’ 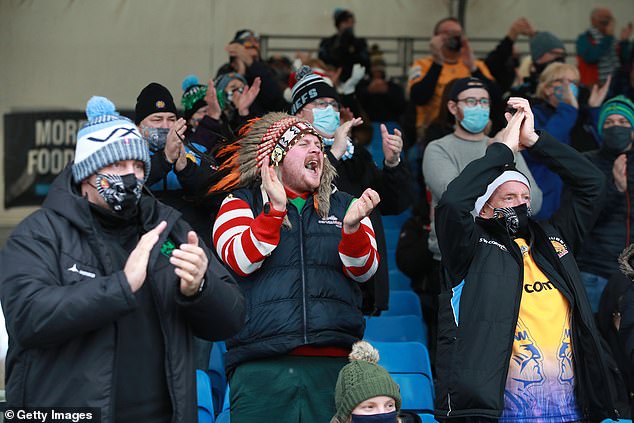 Marler has led rugby’s conversations around mental health, speaking openly about getting to grips with depression. The stigma is reducing but there is still a long way to go before the sport’s macho barriers are knocked down once and for all.

‘There’s definitely been a sea shift in the importance of mental health,’ he says. ‘But we still need to get more people talking about it. There’s so much toxic masculinity in the sport. I’ve been guilty of it in the past. You can be ruthless, hard-nosed and work hard without being a **** who bullies or belittles people.

‘The suicide rate in men, throughout society, shows that more has to be done. It’s not just a rugby problem. I’m not surprised there are no openly gay players in rugby given the environment over the years. They are 100 per cent out there. People’s sexuality isn’t a “story” but it would be a huge moment to hear someone say, “This is me, this is who I am, this is what I stand for”.

‘I’ve had my own wobbles with my mental health this year. Winning the Premiership with Quins was a massive high, but then the comedown from that massive adrenaline rush was pretty f***ing hard. You take seven weeks off, put on five kilos and then ask yourself “What next? Is that it?” It’s first world problems, isn’t it? 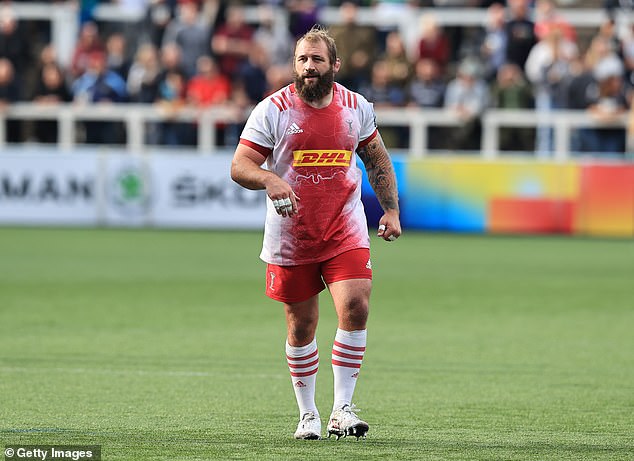 Marler has led rugby’s conversations around mental health, and has been speaking openly

‘F*** me. It’s easy for someone like Marcus Smith whose young, dumb and just wants to win everything in his sights. He’s more than capable of doing that but I don’t have Marcus’s blessed ability. We have an ever so slightly different style of game.

‘My game takes quite a lot to get up for that physical battle, put your body through the wringer and wake up moaning that my f***ing hands hurt. You have to find the motivation to go again.

‘In the end, I went for a coffee with Eddie Jones in my campervan in Horsham and that motivated to give me one last roll of the dice. Let’s give it one last squeeze and see where we end up.

‘You just need more conversations and fortunately we are pretty good at that at Quins.’

For tickets and more information, go to https://www.eticketing.co.uk/rfu/EDP/Event/Index/2834