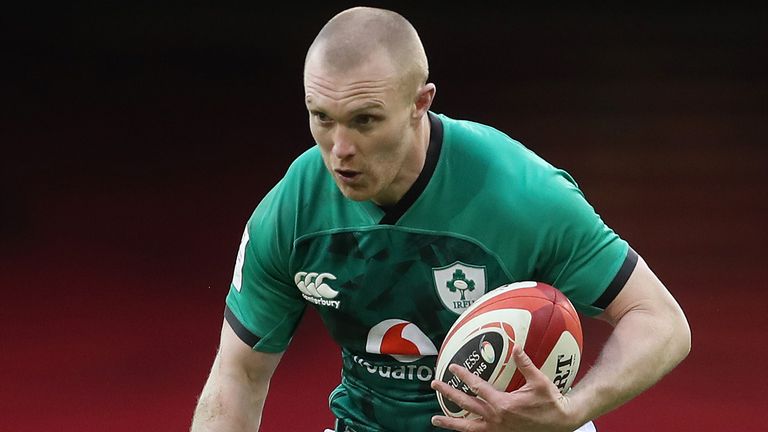 The deal will keep Earls – who has won 91 international caps and made 177 Munster appearances – with the Guinness PRO14 finalists until 2022.

The 33-year-old is second behind Brian O’Driscoll on Ireland’s list of all-time try scorers and started the games against Wales and France in the current Six Nations campaign before touching down from the bench in Italy.

“I want to play a role for Munster this season and next, and I am as passionate as ever about pulling on the green jersey and being successful with Ireland,” Earls told the Ireland and Munster websites.

David Nucifora, IRFU Performance Director, praised the contribution Earls has made for both his country and his province.

“Keith is a vastly experienced senior international player who continues to perform for both Ireland and Munster,” said Nucifora.

“He is a model professional and sets a great example for young players coming through in both the provincial and national environments.”

😍😍😍@KeithEarls87 has signed a one-year extension to his @IrishRugby contract, keeping him at Munster until 2022!

Jacob Stockdale has returned to the Ireland squad for the Six Nations clash with Scotland.

The 24-year-old winger missed the opening three rounds of the championship after damaging his knee playing for Ulster against Munster on January 2.

“Ulster’s Jacob Stockdale returns to the squad having missed the opening three rounds through injury while Shane Daly will remain at Munster,” the IRFU announced.