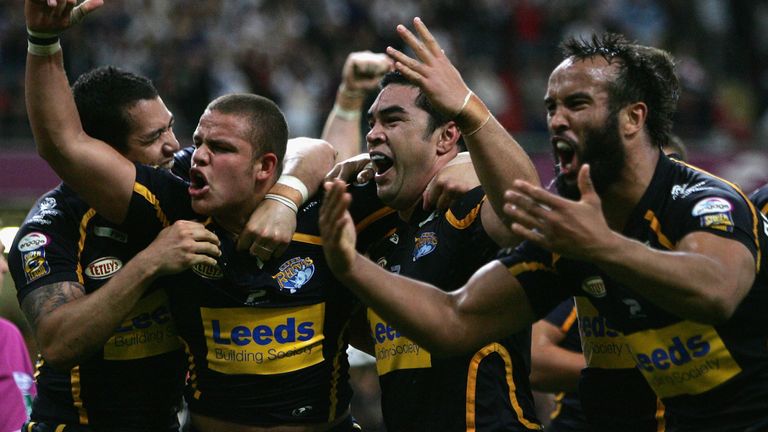 “It makes me smile every time somebody mentions this to me because I know one thing – I was onside!” says Kevin Sinfield, recalling arguably the most controversial moment in Magic Weekend history.

Even now, 13 years on, the clash between Leeds Rhinos and Bradford Bulls which brought the inaugural edition of what was then known as Millennium Magic to a close remains a contentious talking point.

It revolves around the frantic final play of the game which began when the Rhinos were awarded a controversial offside penalty with their bitter rivals leading 38-36.

“Coming into those last couple of minutes it was very close, but I think Bradford could sense we were on our way back.”

The Bulls had already been incensed by some of the decisions from referee Steve Ganson in the match at Cardiff’s Millennium Stadium – along with having two possible second-half tries chalked off by video official Ashley Klein – prior to the incident in the dying seconds.

Fuel was added to the fire when the St Helens-based official pinged Bradford for offside when they recovered a loose ball, despite it appearing to be touched by a Rhinos player. Sinfield, who was Leeds captain at the time, opted to kick at goal from close to 40 metres out yet his effort would end up rebounding off the crossbar. However, the bounce fell into the hands of Rhinos forward Jordan Tansey, who duly applied the finish under the posts.

This was not the end of the controversy though because replays immediately showed Tansey – along with several of his team-mates – to have been in front of Sinfield before the ball was kicked. Rather than going to the video referee though, Ganson awarded the try without hesitation.

“I’m lining the kick up and there are some Bradford players hurling abuse – which is normally coming at me as I’m kicking at goal, but it’s going at Steve because he’s awarded this penalty and if we kick it, it’s a draw,” Sinfield said.

“I could see Steve getting pretty frustrated with it. I’d gone to kick the ball and unbeknown to me, Jordan Tansey was 20 metres in front of me, but as I’d gone to kick it my planted foot slipped a bit but just enough that I knew ‘this isn’t going to go over’. 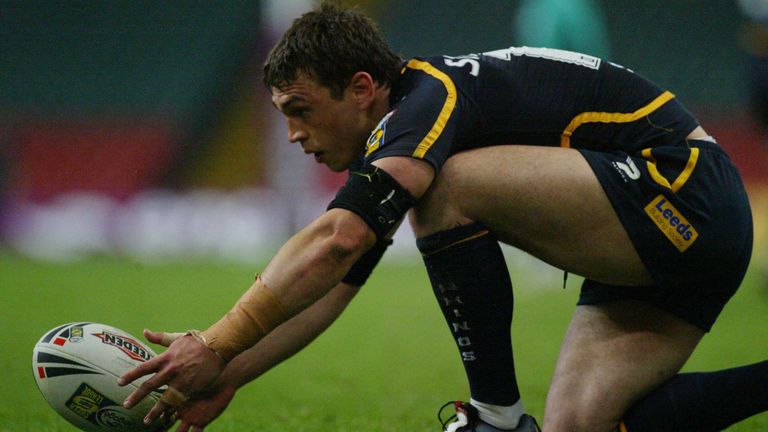 I’d gone from realising that I’d just missed a kick and we’d lost the game to suddenly looking up, see the ball hit the crossbar and us score.

“I’d gone from realising that I’d just missed a kick and we’d lost the game to suddenly looking up, see the ball hit the crossbar and us score. Steve – yes, he is human – just gave the try straight away and I couldn’t believe it.”

By now, the hooter had sounded and Sinfield was trying to compose himself to kick the conversion to end the game while aggrieved Bradford players protested to Ganson and pointed at replays on the big screen showing the incident.

“Steve was an old-school ref who you could have the banter and the craic with,” Sinfield said.

“The funny thing I remember is it was all going on underneath the posts, Steve had awarded the try and he had to keep walking back to the posts to calm the Bradford lads down because time was up but we’d still got the kick at the posts and I couldn’t believe what was going on. 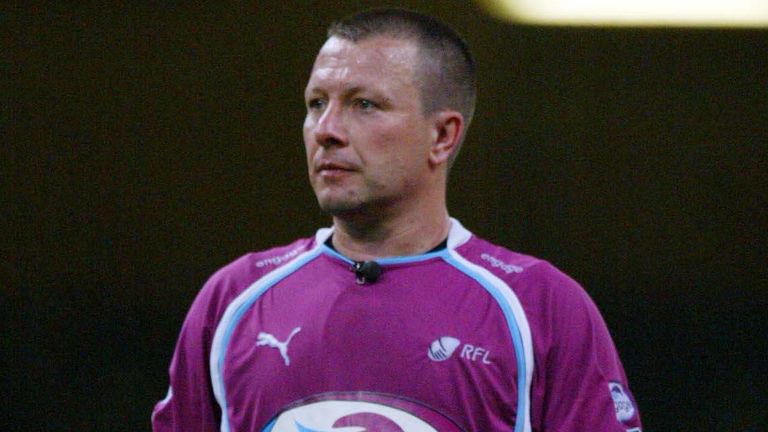 “I’d put the ball on the tee and I’m waiting for Steve to walk back from the posts to stand near me like a ref does, and as Steve was walking back he gave me the biggest wink and the smile you’ve ever seen – and it was brilliant and I thought ‘You’ll do for me’.

“That was the banter. Steve didn’t do it on purpose, he wouldn’t have known Jordan Tansey was in front, but they were good times.”

Even now, the game is a sore point for those involved on the Bulls side that day, including head coach at the time Steve McNamara.

Indeed, Sinfield recalled how McNamara was less than amused when it came up again at a training session during his spell as England boss. 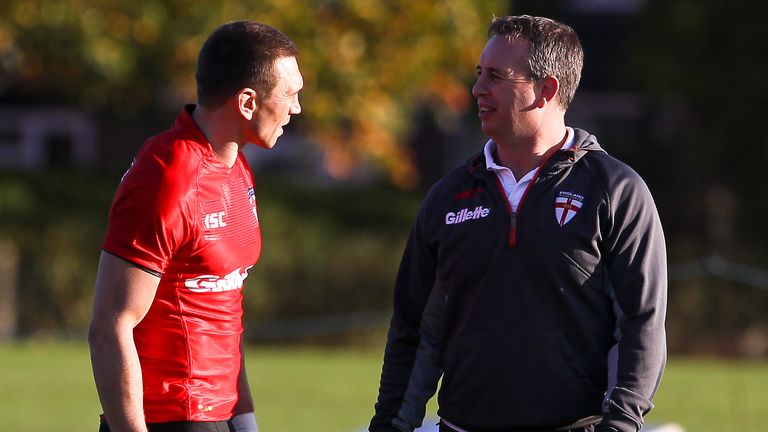 “Steve McNamara was their coach at the time and I ended up working with him at England, and we re-enacted it once in an England session and he didn’t see the funny side of it – he wasn’t happy at all,” Sinfield said.