CHRIS FOY: Lions have ANOTHER war in store in series decider against South Africa… Warren Gatland may be sending out fresh troops to get a different result but those hoping for a tactical revolution, look away now!

The Lions will aim to play a different tune on Saturday, but the touring orchestra will advance behind a tank division — sent in by Warren Gatland to soften up South Africa’s formidable defence.

Those hoping for a tactical liberation in the third Test should look away now. Six starting changes to the British and Irish line-up for the series decider have merely added further layers of armour to the ground troops and more commanding figures to lead the aerial duels. Another war is in store.

A backlash against the Lions’ limited approach in the second Test — when they kicked endlessly and lost badly — has done little to change Gatland’s outlook. 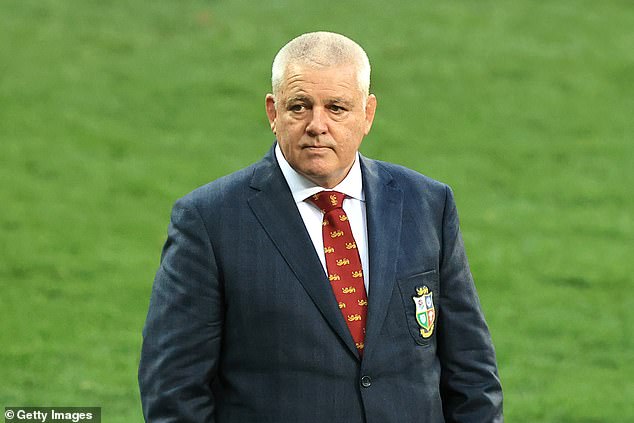 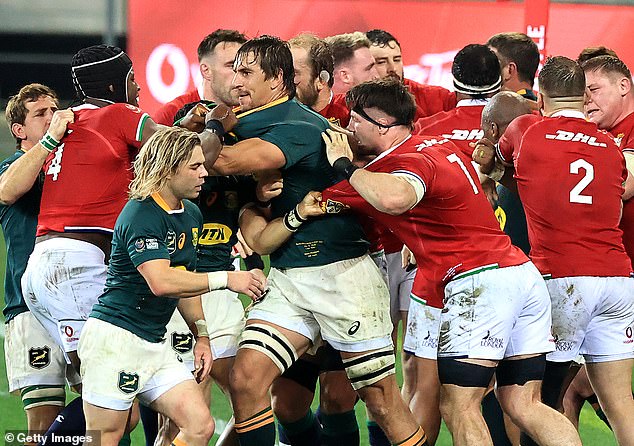 The head coach re-emphasised on Tuesday that his side cannot hope to be more expansive without first being more assertive. They have to dominate the contact areas against the fired-up Springboks.

The upshot is a bulked-up selection. It may lead to further criticism of boring, one-dimensional methods, but the Lions are setting out to be direct again, just with more precision.

It won’t be pretty but they just need it to be effective. Gatland won’t care about style marks if he can preside over another series win.

He said: ‘Defences are so tight that there’s very little space for both teams. You get down there and you’ve got to look at playing through the phases and keeping ball.

‘When we did that, we put them under pressure. We’ve got to be positive in terms of shifting the ball when we do create opportunities.

‘It’s not so much about the creativity, it’s about making sure that we get front-foot ball. I wouldn’t say that South Africa have been creative from an attacking perspective, they haven’t really stressed us in any way.

‘We played some good rugby earlier on this tour, with front-foot ball. The way South Africa defend with that rush defence, it doesn’t give you a lot of time and space. That’s why it’s so important to get on the front foot to get some go-forward, whether that’s through your forwards or hitting it up, or the variation of a positive kicking game.’

This mindset from the man in charge explains why Scotland wing Duhan van der Merwe has been retained in the starting XV, when his form has done nothing to justify such faith. 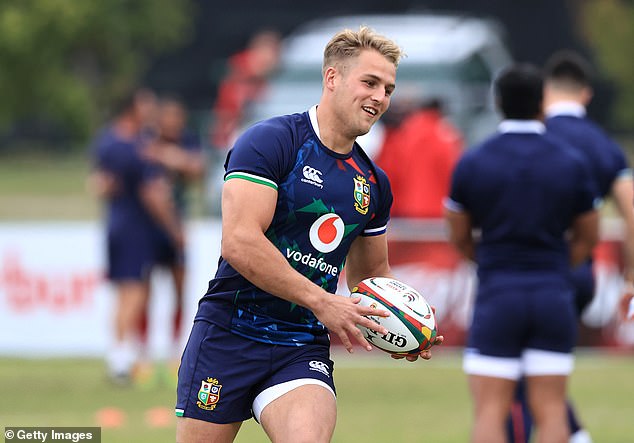 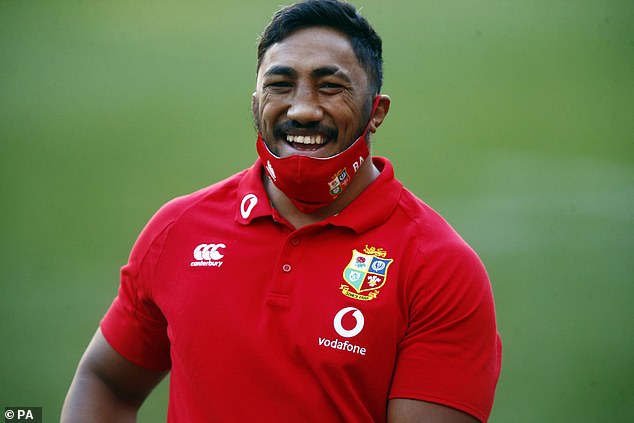 He is lucky and has only managed to survive the cut because he is physically imposing and can wreak havoc as a direct runner when the force is with him.

Gatland’s desire to unleash heavy artillery is summed up best in midfield, where Bundee Aki has been promoted to form an all-Ireland alliance with his familiar centre partner Robbie Henshaw.

The pair will be ordered to meet fire with fire in their match-up with the dangerous Damian de Allende and Lukhanyo Am.

‘They used De Allende a lot off nine as a hit-up merchant so Bundee has been brought in to try to negate that,’ said Gatland.

‘But he’s also a good rugby player in terms of getting go-forward. He’s got some really good footwork and offloading ability. Bundee and Robbie have a pretty familiar combination and the midfield has always been a bit of a debate for us.’

It was no surprise to see Liam Williams and Josh Adams included in the reshuffled back-three unit, although the fact that Anthony Watson was sacrificed rather than Van der Merwe was a contentious call without much evidence.

Adams can add predatory cutting edge, which the Lions have sorely lacked, and Williams is the ideal man to counter the Boks’ kicking threat. Up front, there was another expected switch as Wales prop Wyn Jones is set to start at loosehead after missing the first two Tests with a shoulder injury. 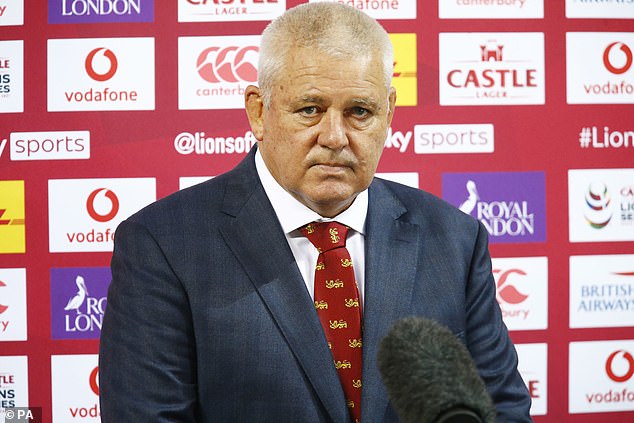 Gatland: ‘It’s not so much about the creativity, it’s about making sure we get front-foot ball’

He will join forces with veteran hooker and fellow Scarlet Ken Owens — with Gatland indicating that their familiarity as a double act was a factor, as was the case with the centres. Meanwhile, as the head coach insisted ‘we definitely want to play some more rugby’, he and his assistants opted for a more daring bench line-up.

Sam Simmonds and Finn Russell are included at the expense of the more established Taulupe Faletau and Owen Farrell. ‘Finn just offers something a bit different from an attacking perspective,’ said Gatland.

South Africa will be without two key men on Saturday as flanker Pieter-Steph du Toit and scrum-half Faf de Klerk miss out due to injury.

Franco Mostert has been moved to openside, with Lood de Jager starting at lock, and Cobus Reinach is in for De Klerk. ‘They will be two big losses for them,’ said Gatland. ‘They are both world-class and can have a big impact on a game.’