The 20-year-old back, who has scored twice in eight senior matches from the wing for Quins since his debut at the end of last season against Leicester, has committed to the club he joined as a 14-year-old.

Lynagh could face a tug-of-war over his international allegiance in the future as he qualifies for England, Australia and Italy. 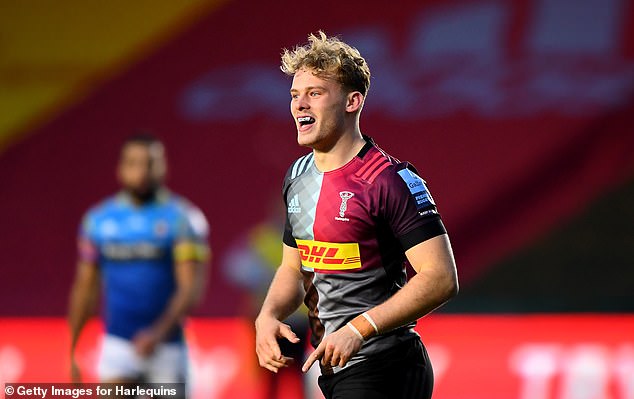 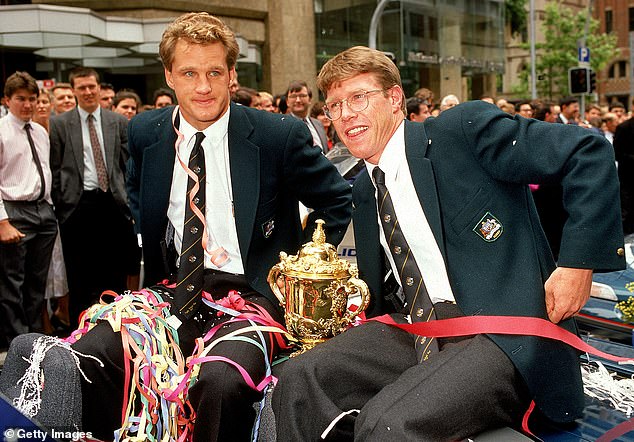 Born in Treviso, in 2000 when his father ended his career there, to an Italian mother, Lynagh has grown up in south west London since he was five and represented England U16, U18 and U19.

With famous Australian fly-half Michael as a father, the 57-year-old who helped guide the Wallabies to the 1991 World Cup, Louis is yet to nail his colours to one particular mast.

The Lynagh’s are a talented family with Louis’ 18-year-old brother, Tom, signing for the Queensland Reds last year – Michael’s old provincial side. And 14-year-old brother Nicolo is a member of the Harlequins academy.

On signing his first long-term Quins deal Louis Lynagh said: ‘I knew if I got the chance in the games I had to perform and I think I’ve done that. 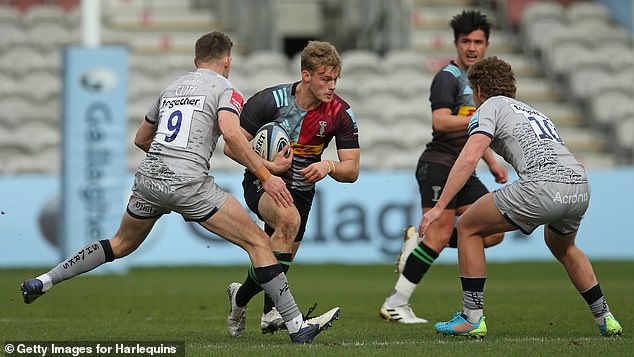 The 20-year-old back qualifies to play internationally for England, Australia and Italy

‘A lot of guys believe in me now – I’ve gained the trust of my team-mates and I like to think this deal is deserved.

‘It’s just the beginning of bigger and greater things, for me and the club hopefully.

‘It’s been great to have the opportunity to get out there in the Premiership in the last two months, and I’m looking forward to more.

‘There is a lot of competition for places in the outside back unit here, which is driving standards. It’s a great place for me to continue developing my game.

‘There’s a great feel around the squad at the moment. It’s a team full of potential and we know this group has the ability to go out there and win silverware. That’s something I’m excited to be a part of.’ 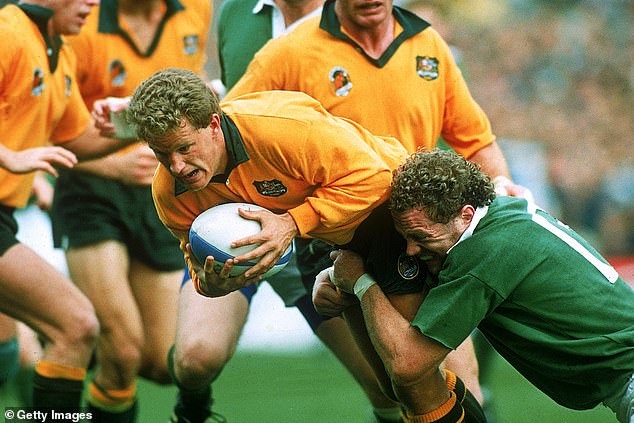