Home » Rugby » Lowe had day to remember against NZ, now he is striving for club glory

James Lowe will aim to extend Bath’s suffering on Saturday, at the arena where he belatedly won over the Irish rugby public – and prompted his dad to embarrass him on the other side of the world.

Leinster’s New Zealand-born wing will go into his province’s Heineken European Champions Cup opener against the Premiership’s bottom club on the crest of a wave, after a momentous occasion last month. On November 13, Lowe faced the land of his birth and inspired Ireland to beat them.

It wasn’t just his try against the All Blacks which made it such a red-letter day for the 29-year-old. What mattered more to him was the late, try-saving tackle on Rieko Ioane which helped the hosts protect their lead and go on to win 29-20. 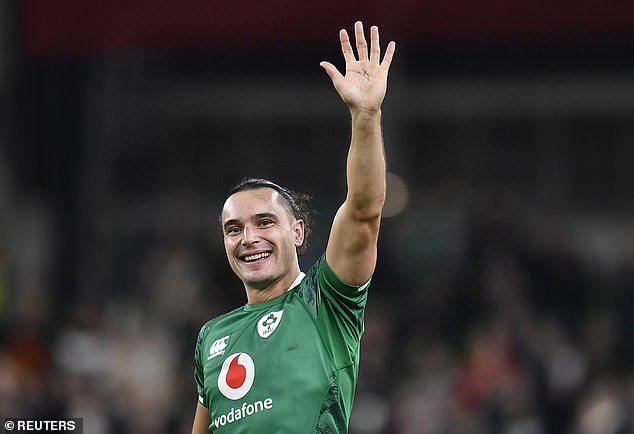 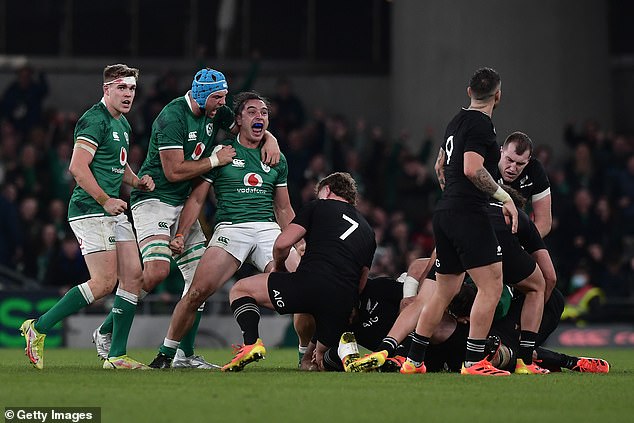 Since his Test debut a year earlier, Lowe had been derided as a defensive liability, so that intervention earned him acceptance, at last. It also led to an eye-catching celebration thousands of miles away – in Nelson, at the top of New Zealand’s south island.

‘That was the highlight of my career; to be able to play against my country of birth, who have always been the team to beat,’ said Lowe. ‘It was an amazing experience and something I will never forget. It was a shame that I couldn’t have my family there as well.

‘I know they were sitting at home watching. My dad was, embarrassingly enough, wearing full Irish kit and a Leinster hat – walking around town on Sunday morning after the All Blacks had been beaten. He was extremely proud. He had a cheese-cutter on, an Irish jumper and my Leinster trackies. It is kind of embarrassing but also hilarious!’

The result of that match and the compelling nature of his performance helped Lowe to banish the scepticism which had stalked him since he started representing his adopted country. Asked about his relationship with Ireland’s rugby fans, he gave a frank response. 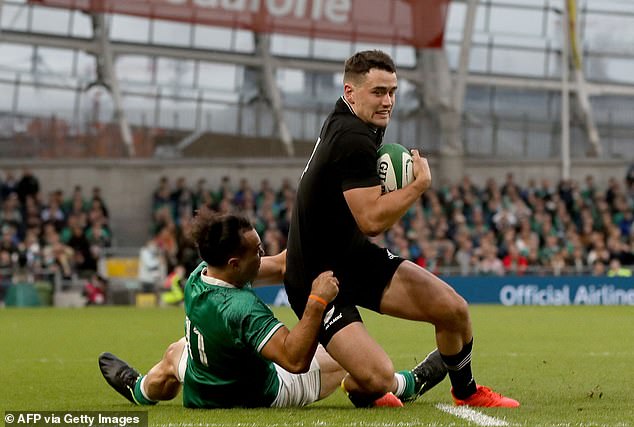 Lowe had been derided as a defensive liability, so that intervention earned him acceptance

‘It’s a fickle world,’ said Lowe. ‘What you find is that you get built up all the time and then chopped down – that’s the nature of the beast. That’s professional sport. It doesn’t matter what sport it is; as soon as you slip up, they’ll jump on you. I will ride the wave as long as I can and try not to make any mistakes, then they can be on my side. That’s the plan!’

After Ireland had completed their famous victory over the All Blacks, Lowe had caused a stir by saying: ‘We didn’t play negative footy, like the stereotype South Africa. They’re not playing the game the way it should be played when they win.’

For someone who grew up in the Kiwi system, where catch-pass positivity is encouraged, this desire to play the game the right way is engrained. He recognises the need for pragmatism from time to time, but laments when it becomes excessive, as was the case in a Premiership game he watched last Saturday.

‘There are going to be games where we’re going to kick the leather off the ball, chase hard and apply pressure,’ said Lowe.

‘Look at that Exeter-Sarries game at the weekend. How many times was the ball kicked in that game? My neighbour texted me and said, “Jeepers, what’s going on here? Look at the back lines – why are they kicking the ball so much?”. 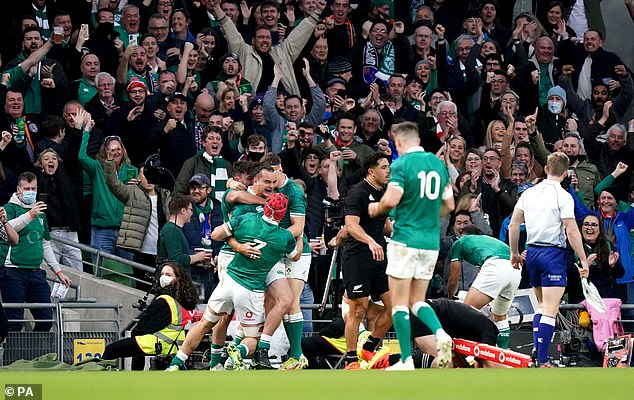 Lowe caused a stir after the win by saying: ‘We didn’t play negative footy, like South Africa’

‘But when we played the All Blacks, it was a dry day so we could keep ball in hand and everyone wanted to play a little bit. We played a good brand of rugby and kind of beat them at their own game. We know that we have the skill-set and the desire to play like that. We are going to kick the ball sometimes, but we know we can get teams that way too – with nice shapes and playing out the back. It was a nice way to win.’

For Bath, a win of any sort would be nice. The West Country club have played nine Premiership matches so far this season and lost the lot.

Stuart Hooper’s side will be seen as cannon fodder for mighty Leinster on Saturday, but Lowe is wary of the threat posed by creative figures such as Danny Cipriani, Max Ojomoh and Semesa Rokoduguni – ‘you cannot take your foot off the throat when that bulldozer is running at you’. 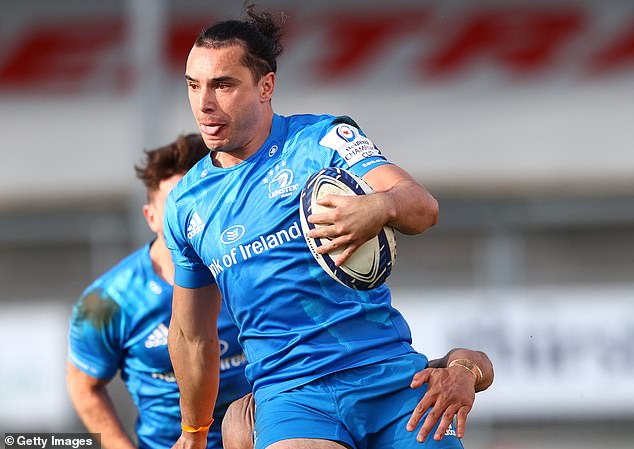 Lowe is now looking to set Leinster on their way to Champions Cup glory, starting against Bath

Leinster are striving to claim a fifth title in Europe’s premier event, to match the tally of holders Toulouse. ‘We want five this year,’ said Lowe. From 2024, they also hope to be part of a planned world club championship – which might give their imported wing a chance to settle some scores.

‘I hate the Crusaders, just to put it out there,’ he joked.

‘I grew up in the Crusader region so it’s a funny thing for me to say. I don’t hate them as a people, I just don’t like them as a franchise because I’ve played against them and lost against them so many times.