Manu Tuilagi suffered a worrying head injury as Sale romped to a bonus-point win in their Champions Cup opener.

The England centre was hurt in a huge collision which forced him off in the 32nd minute.

Tuilagi carried the ball at pace from midfield but came off considerably worse against the Ulster defence. 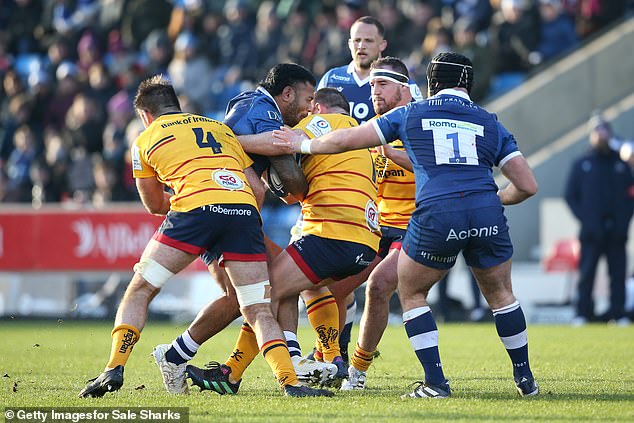 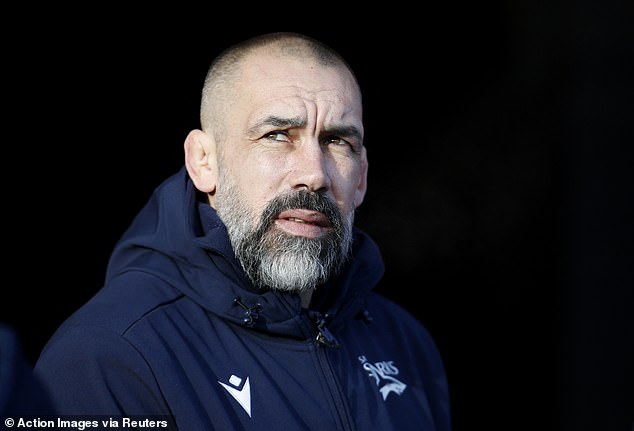 He said: ‘I’ve got to check to see if Manu was knocked out completely, but he’s got a nasty gash on his lip which requires stitches.

‘I think his teeth came through his lip, so if it’s just cosmetic then he will be able roll out again. 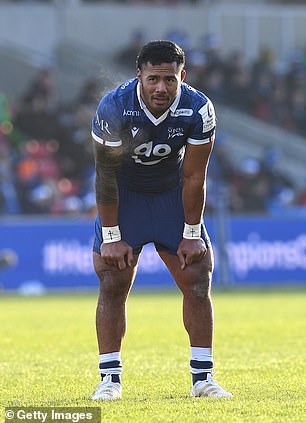 Tuilagi will undergo tests on his head injury

‘If it’s something a bit more serious, we will look after his head and follow the protocols and whether he passes his tests.

‘It was deemed a HIA because of the magnitude the collision but I saw him at half-time and he was apologising to me for breaking his face. I mean, what a man, but it was horrific to look at.’

England flanker Tom Curry finished off a classy move to open the scoring and Dan du Preez added a second before the break.

It was the perfect result for Sale heading into their Christmas party on Sunday evening and encouraged Sanderson that his men can go further than last season’s journey to the quarter-finals. 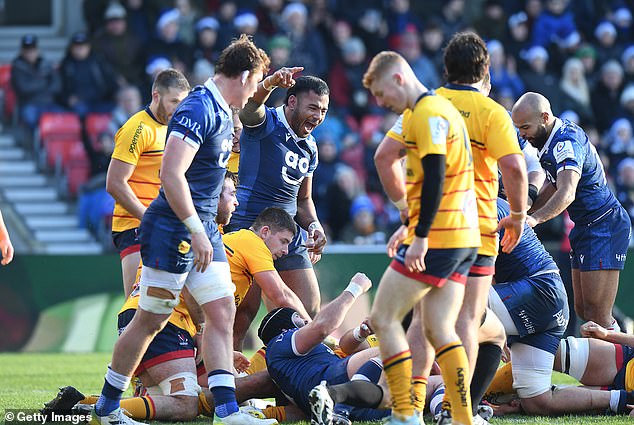 He added: ‘The Champions Cup is a tough competition and this puts down a bit of marker for us. I’m sure it will put the hackles up of some of Toulouse’s players but it will be really tough going there.’

Ulster boss Dan McFarland said: ‘Physically, we struggled against Sale all over the park. They were excellent.’

Bradford secure wins over Ampleforth and Stonyhurst during tour of SA

England results ‘not where we expect them to be’, admits RFU after dismal autumn