EXCLUSIVE: Harlequins sensation Marcus Smith to be given No 10 shirt for England’s autumn Tests and will line up alongside captain Owen Farrell – but George Ford and Billy Vunipola are set to miss out on Eddie Jones’ squad

Marcus Smith will be handed the No 10 shirt in England’s full-strength side next month and is set to line up alongside captain Owen Farrell in a revamped back line.

The Harlequins sensation will be included on Monday in a squad named by England head coach Eddie Jones for the autumn Tests against Tonga, Australia and South Africa at Twickenham, with George Ford and Billy Vunipola set to miss out. Smith will be included in the starting XV, with Farrell at inside centre. 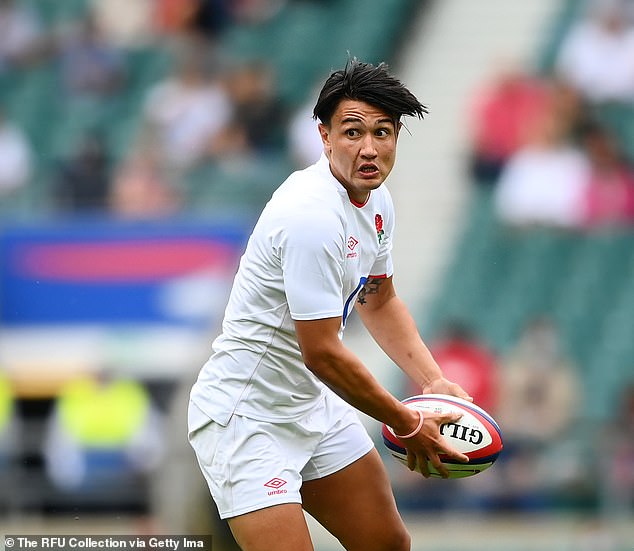 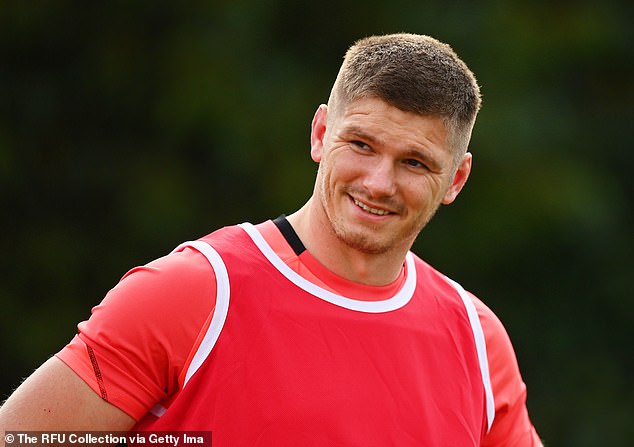 It is the latest development in a startling career lift-off for Smith, who inspired Quins to the Premiership title before making his England debut and earning a Lions call-up.

Other rookies could force their way into Jones’s team, including Harry Randall, Adam Radwan and Freddie Steward, while Tom Curry may operate at No 8. 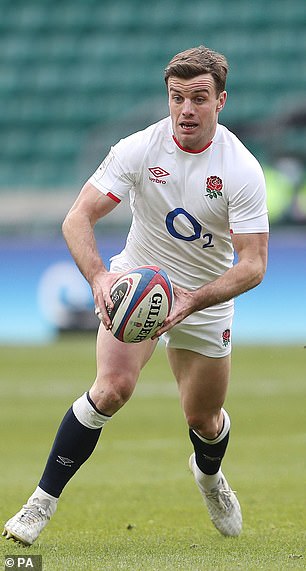 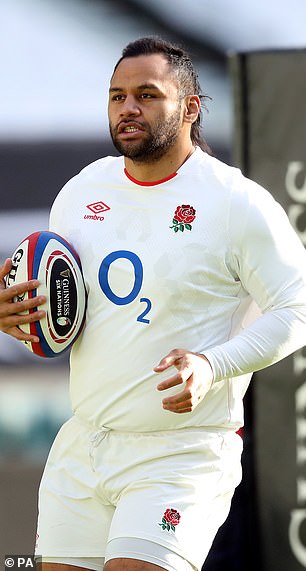 Stand by for a Red Rose revolution. England are gearing up to embark on a bold new era, with Marcus Smith destined to act as poster boy.

On Monday, head coach Eddie Jones will name his squad for the autumn Tests against Tonga, Australia and South Africa and it will herald a changing of the guard.

An overhaul is on the cards.

Sportsmail understands George Ford and Billy Vunipola are in danger of missing the cut, despite sterling exploits over the weekend. Their omission would be highly significant as this is the campaign which will launch the two-year countdown to the next World Cup. 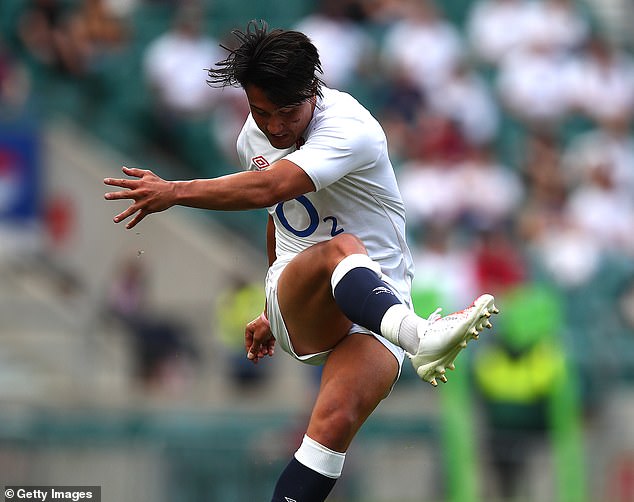 A new England team is set to take shape, featuring an experienced pack and a back line awash with youthful exuberance — typified by Smith’s inclusion at fly-half.

The Harlequins sensation will be entrusted with the role of primary playmaker and leader of the attack, but Owen Farrell will remain leader of the team.

The captain is set to operate at inside centre, alongside the rookie who is generating such hope and excitement.

The first fixture at Twickenham features Tonga, who will be under-strength and out-classed, so that might allow for a certain degree of experimentation.

But when England are at full strength for the encounters with the Wallabies and the Springboks, Smith and Farrell will form a new creative hub, surrounded by intriguing, fresh combinations. 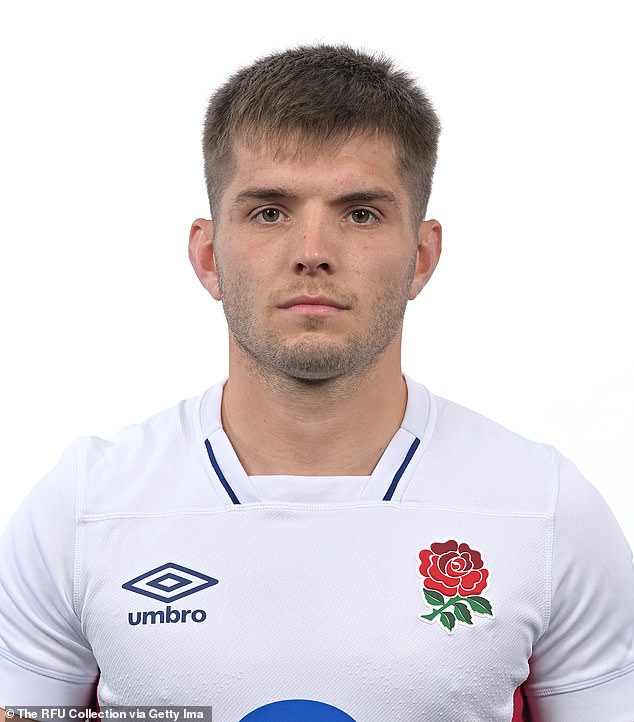 Having one inexperienced half-back might not necessarily rule out the possibility of the national team playing two together.

Ben Youngs has long been on a pedestal as Jones’ preferred scrum-half, but Harry Randall of Bristol could challenge hard for a starting place after earning his first two caps in the summer. Another talented tyro, Sale’s Raffi Quirke, is also in the mix.

Deploying Farrell at inside centre would see England operate a twin-playmaker model, which differs from the approach at Harlequins where Smith benefits from the thunderous carrying of powerful South African Andre Esterhuizen.

Freddie Burns wrapped up Leicester’s big win at Worcester with a deft chip-and-chase try. In Coventry, Facundo Cordero showed scorching pace to burst past Marcus Watson and score for Exeter.

Players on duty on artificial pitches at Newcastle and Worcester didn’t take up the option to wear leggings, while Harlequins coach Adam Jones donned a pink vest on a cold night in Salford.

Sale director of rugby Alex Sanderson celebrated his side’s victory over champions Harlequins by sinking a can of Stella Artois in front of cheering supporters at the AJ Bell Stadium.

When Wasps’ injured flanker Jack Willis appeared on screen — in the stadium and on TV — he was staring at his phone and busy tapping, until realising he had been caught ignoring the game.

Agen were beaten 46-3 by Vannes in France’s Pro D2 on Saturday — their 36th consecutive defeat. Statistician Stuart Farmer revealed the only longer losing run was West Hartlepool’s 45 losses in a row in 2000-01.

While Manu Tuilagi could provide a similar outlet, he may find himself having to compete with Henry Slade for the No 13 shirt.

In the back three, exciting newcomers are in contention. With Elliot Daly injured, Freddie Steward has an opportunity to become firmly established at full back, although Max Malins remains on the radar.

Out wide, there could be an either-or dilemma involving the experienced Anthony Watson and Jonny May, as Newcastle’s Adam Radwan — who scored a hat-trick on Test debut against Canada — is another of the international novices who could claim a place in the XV.

What is striking about the short-term outlook is that England have so few players who can be regarded as absolute shoo-ins for selection. In fact, there are really only four — Farrell, Kyle Sinckler, Maro Itoje and Tom Curry. 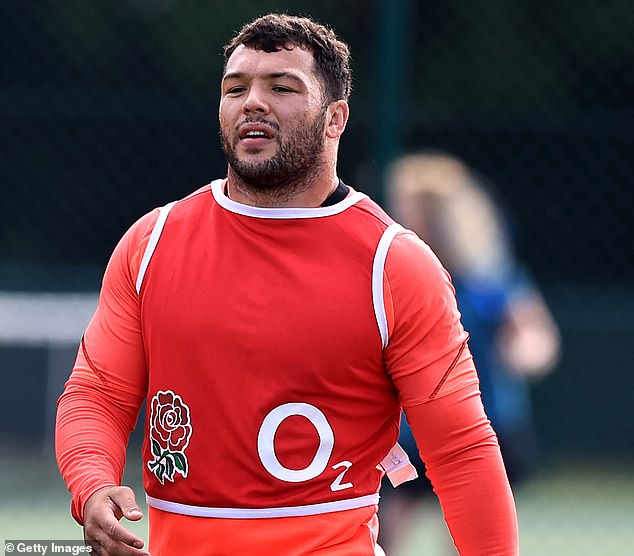 At loosehead prop, Ellis Genge is riding a wave as the in-form captain of table-topping Leicester, but Joe Marler has been magnificent for Harlequins and offers real set-piece clout.

In contrast, Mako Vunipola is another Saracen who may have lost ground due to his club’s brief foray down into the Championship.

The same could be said about Jamie George, but he appears to be responding with fervour and an injury scare for Luke Cowan-Dickie may also impact on the England coaches’ hooker deliberations.

Jonny Hill is a front-runner to line up alongside the imperious Itoje, which would allow Courtney Lawes to be used as another specialist line-out jumper at blindside flanker. Curry is a definite starter, but he could find himself at the base of the scrum again. Billy Vunipola at his best was a force of nature at No 8 and Curry may be asked to fill that giant void, as he has done in the past — despite constant calls for Exeter’s explosive Sam Simmonds to be picked for the national team instead. 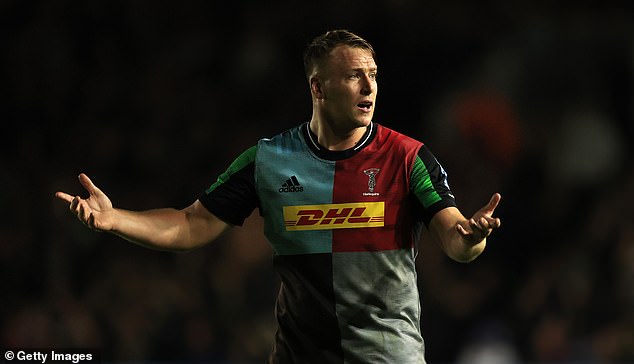 Alex Dombrandt is another gifted contender, but he was subdued when Harlequins lost at Sale on Friday night and there are doubts about how effective he can be in tight Test matches.

England aren’t suddenly going to turn into an all-singing, all-dancing side with a gambling instinct, despite the presence of Smith at 10.

The blueprint is likely to involve the same old English DNA of set-piece control and defensive aggression, but with an added knack for striking with ambition and precision when opportunities present themselves.

Former rugby league star Martin Gleeson will be charged with overseeing this calculated attacking liberation. He is part of a new coaching staff assembled by Jones. Now he is set to assemble a new team.

The revolution has begun.