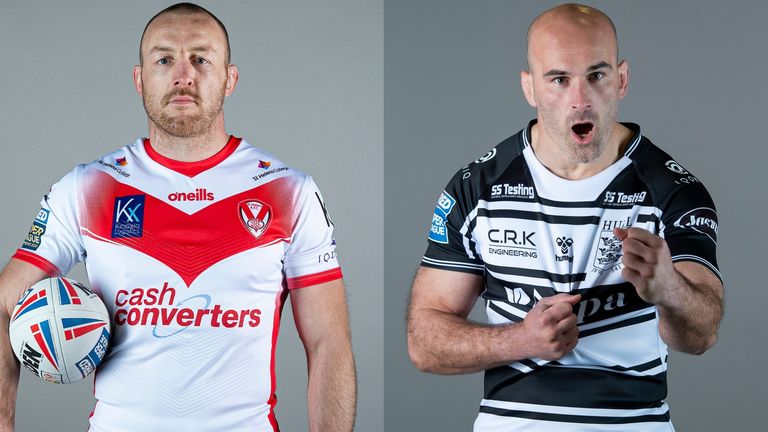 Rival hookers and captains James Roby and Danny Houghton will go into Saturday’s Betfred Challenge Cup semi-final with the mindset that there could be a chance to play at Wembley for one last time.

Both men have experienced cup final glory in the past but are entering the twilight of their careers and know the first semi-final between St Helens and Hull at Leigh Sports Village will spell heartbreak for one of them.

Only Wigan and Leeds have enjoyed more Cup final wins than Saints but the last of their 12 triumphs was 13 years ago and Roby, now 35, is the only survivor from their 28-16 victory over Hull in 2008.

“I don’t know how many more chances I will get to play in a semi-final or even a final,” Roby said. “I’ve got to enjoy it while it lasts.

“It’s been a long time, 2008, especially for a club like St Helens who are associated with success.

“We’re aware of that, it’s at the back of our minds, but our main job is to concentrate on the job at hand. We’ve got to get this one out of the way before we can start thinking about Wembley.”

📸 The graft continues with a 𝗛𝗨𝗚𝗘 semi-final just around the corner! 💪🥵

Hull’s Wembley triumphs are more recent and Houghton was in the side that enjoyed back-to-back victories in 2016 and 2017 but he does not know how many more chances he will get as he approaches his 33rd birthday.

“You don’t know when these opportunities will come,” Houghton said. “We’re one game from walking out at Wembley so it’s a special occasion.

“I’ve only had limited chances along the way in my career but you’ve got to grab it with two hands and put everything into it.”

Hull beat Saints 47-18 on their way to the 2016 final but two years later were beaten 25-22 by Justin Holbrook’s men at the quarter-final stage.

St Helens are boosted by the return from injury of both first-choice wingers Regan Grace and Tommy Makinson, who will go into his 250th appearance needing two more tries to bring up 150 for his career.

We will wear our alternative strip on Saturday for @TheChallengeCup semi-final clash 🆚 Hull FC! #COYS pic.twitter.com/vv9bKw4qyw

“It’s good for the game and it’s also good that we need to be at our best against their best team,” Hodgson said.

“What we don’t want to do is go into these games thinking they’re under-strength or they’re going to under-achieve based on who they’ve got playing.

“The fact that they’re back makes them a strong team but we still have the confidence and the trust in our own system that we can defend what we need to.”

Hull will be without loose forward Joe Cator for the clash. The 22-year-old Hull-born forward has played in all 10 of the Black and Whites’ league and cup matches so far this year but will sit out this weekend’s game with a calf injury sustained in the defeat to St Helens. 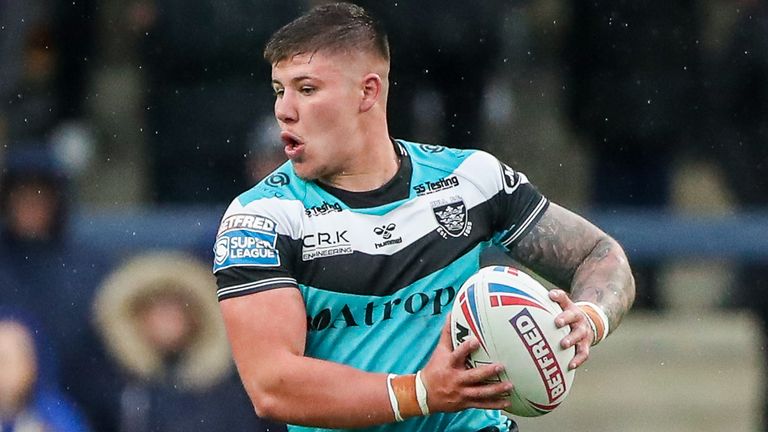 “He came off with a calf complaint at the back end of the game and I don’t think he’ll be right,” Hodgson said.

“He’s been going very well for us. I’ve been happy with his progression this year and he’s played big minutes as well.

“We’ll miss him but it’s a time for someone to step in and fill that void. I’m confident the team we’ve got there will do our best.”

Roby insists his side’s emphatic win over Hull just a week ago will have little bearing on the outcome of Saturday’s cup tie.

“Obviously last week was a great result for us but it’s a different competition,” he said. “It’s hard to take too much out of it.”