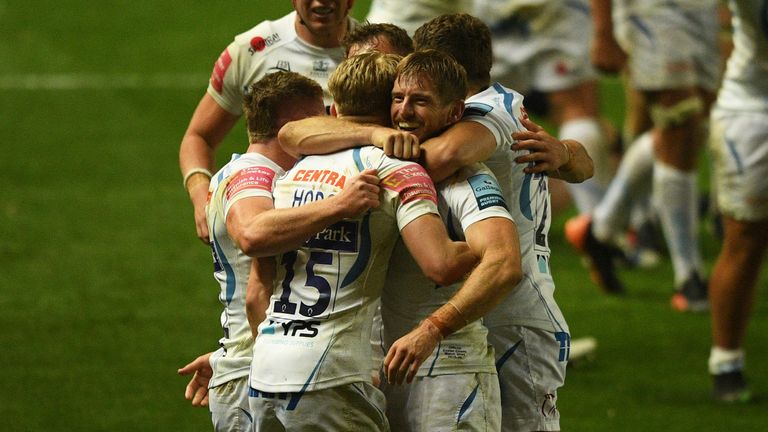 Bristol stay second and firmly on course for the play-offs, but they were edged out by the favourites for this season’s Premiership silverware after Chiefs prop Billy Keast touched down three minutes from time and Gareth Steenson converted.

Bristol then wiped out that deficit through quickfire second-half tries from centre Piers O’Conor and wing Luke Morahan, with Callum Sheedy converting both scores and kicking a penalty. 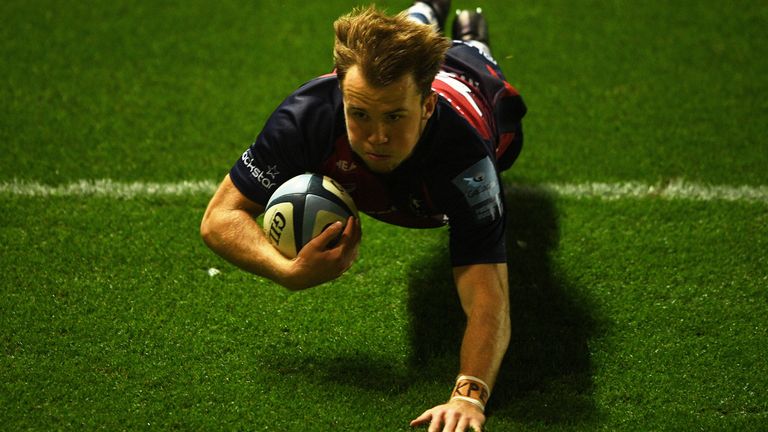 Sheedy’s opposite number Steenson, who finished with 10 points, edged Exeter back in front, only for replacement Ioan Lloyd to claim Bristol’s third try.

An eighth successive Premiership win for Bristol looked likely, yet they were snuffed out by a resilient Exeter side with experienced Steenson controlling tactics superbly.

There is every chance the teams will meet again in the Premiership final at Twickenham on October 24, and another classic beckons if that materialises.

Bristol showed nine changes from the side that beat Gloucester last time out, including a return after injury for O’Conor, while only wing Olly Woodburn remained in Exeter’s line-up following victory over Sale Sharks four days ago..

Bristol, unbeaten in the league since early January, came under early pressure as Exeter dominated in terms of territory even if they did not create any clear-cut chances.

With the wind whipping around Ashton Gate, it tested kickers on both sides, and keeping ball in hand appeared a better option.

Exeter showed exactly why in the 14th minute, moving ahead following a brilliant solo effort by 35-year-old Dollman. The Welshman, who has played the overwhelming majority of his Chiefs career at full-back, revelled in a rare midfield outing as he beat four defenders to claim an outstanding try that Steenson converted.

Bristol struggled to break out of their own half, and they fell further behind following a sharp Chiefs try that was created by Woodburn’s pace and finished by Scotland international Hidalgo-Clyne on his first Exeter start. 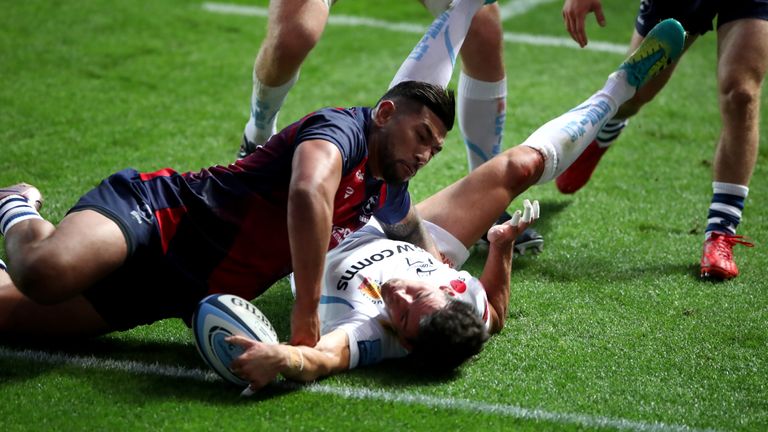 The precision of Exeter’s play in testing conditions was remarkable at times, and Steenson extended their lead by kicking a short-range penalty five minutes before the break.

Bristol were desperate to open their account, and a rare excursion into Exeter’s 22 ended with them gaining a penalty that Sheedy kicked to make it 15-3 at half-time.

Bristol had showed signs of a revival approaching the interval, and although Sheedy hit the post with a 42nd-minute penalty attempt, they forged ahead through a spectacular scoring burst. 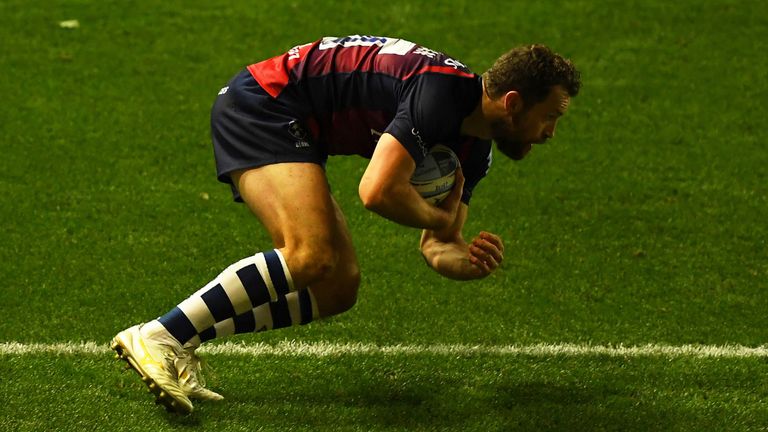 O’Conor was the first to touchdown, breaching Exeter’s defence from close range, then Morahan added a second try just three minutes later, with Sheedy converting both to edge Bristol ahead.