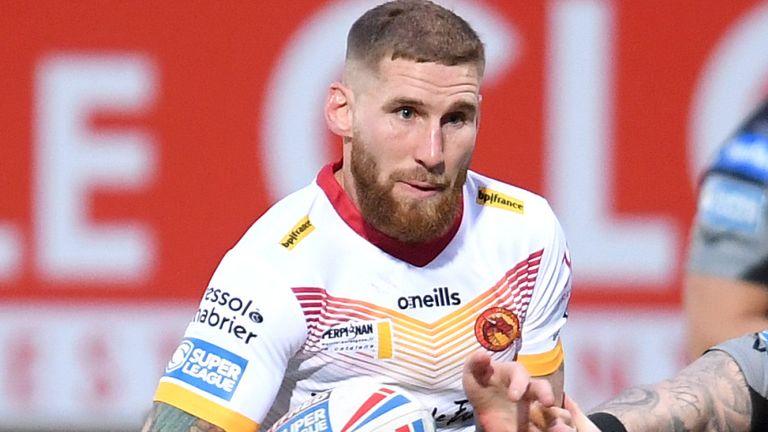 Catalans Dragons fired a warning shot to their top-four rivals with a 34-4 roasting of Hull KR at Stade Gilbert Brutus.

Steve McNamara’s French outfit seem to have found their home comforts as 5,000 supporters cheered them on to a clinical demolition of Super League’s second-bottom side.

With James Maloney and Israel Folau firing on all cylinders, the Dragons were simply too hot for Tony Smith’s rattled Robins, who flew home to face a short turnaround before they take on in-form Salford.

Former Rovers players Josh Drinkwater and Joel Tomkins were at the forefront for Catalans, but it was Joel’s brother Sam who was the architect of the Dragons’ victory.

Rovers could not handle a series of penetrating runs from the full-back, who was at the heart of every attacking move.

However, it was former Robins skipper Joel who was first over the line, collecting a Maloney kick after 20 minutes of stubborn resistance from Hull, and he doubled his account five minutes later to put Catalans 10-0 ahead.

Maloney added a penalty conversion to put the Dragons two clear scores in front, before Ben Garcia picked up a loose ball and touched down from short range.

The following set switched the ball to the right, where Tom Davies forced his way over the line in the corner just before half-time, Maloney kicking the touchline conversion for a 22-0 interval lead.

The second half saw the home team turn up the heat as handling errors and a creeping penalty count took their toll on Rovers.

Powerful surging runs from giant substitute prop Sam Kasiano put the visitors on the back foot – his big hit on Shaun Kenny-Dowall loosened the ball and led to a lengthy period of possession for the home team.

Then a dazzling 80-metre combination between the two Tomkins brothers and David Mead laid the platform for Folau to score on the right wing, Maloney adding the conversion.

Ben Jullien was held up over the line and Folau was disallowed for a forward pass as Catalans put constant pressure on the Robins’ try-line.

However, Harvey Livett put Rovers on the scoreboard in the 67th minute following two powerful runs from centre Kane Linnett, the substitute slipping through the Dragons’ defence on the right.

The return of Kasiano from the bench put the Dragons back on the offensive and fellow prop Sam Moa went close to scoring before Maloney added a penalty from short range.

At 30-4 Catalans could have eased off the gas in preparation for next Thursday’s trip to Wigan, but Folau’s rampaging run down the left, supported by Sam Tomkins, saw Davies finish with a flourish in the right corner for his second try, Maloney hitting the post with the attempted conversion.