Pat Lam had a happy return to the Sportsground as his Bristol side bagged a 27-18 Heineken Champions Cup bonus-point win over Connacht.

An error-strewn first half ended 5-3 in Bristol’s favour, their ex-Leinster hooker Bryan Byrne crossing for a 34th-minute try before Jack Carty kicked a penalty.

Connacht clawed their way back with a Tiernan O’Halloran try and Carty’s second penalty, either side of Siale Piutau’s 66th-minute sin-binning.

However, ex-Connacht boss Lam watched Bristol close it out as Ioan Lloyd and John Porch exchanged tries before Callum Sheedy’s clinching penalty in the 77th minute.

Lineout errors and a run of penalties made for a sloppy start from both sides. England tighthead Kyle Sinckler was central to a couple of scrum penalties, but a promising attack from Harry Randall’s quick tap petered out. 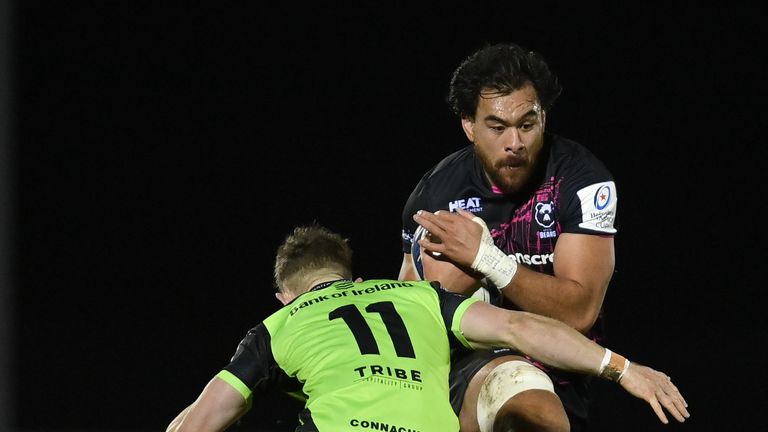 Connacht were sparked into life by a terrific break from Kieran Marmion. It was Sheedy who came to Bristol’s rescue with a try-saving tackle on Alex Wootton and then the Wales fly-half gleaned a turnover when Eoghan Masterson was held up.

The hosts lost a costly lineout back in their own 22 and Bristol were finally able to break the deadlock. They won a penalty, went for the corner and Byrne was driven over in businesslike fashion.

Sheedy missed the difficult conversion from wide out on the left, before a late Connacht attack saw Carty open their account.

The westerners were really under the pump during Aki’s sin-bin period, their star centre seeing yellow for pulling back O’Conor as he chased Siva Naulago’s kick through.

Nathan Hughes soon broke a tackle and released second-rower Holmes, who bounced up from a Paul Boyle tackle to score in the left corner. Sheedy converted and also added the extras to O’Conor’s slicky-finished try, the centre romping over from the left wing after a Max Malins assist.

Carty converted and then reduced the arrears to six points, nailing a 67th-minute place-kick after Piutau was binned for a late challenge on O’Halloran.

Two well-worked tries followed, Welsh teenager Lloyd diving over to add to last week’s effort against Clermont before Australian Porch answered back, getting on the end of a lovely handling move across the Connacht back-line.

Carty’s missed conversion left a six-point margin, and it was nine in the end thanks to Sheedy’s penalty. Connacht blew a shot at a losing bonus point, turning down a kickable penalty before Sam Arnold was tackled into touch by Ben Earl.