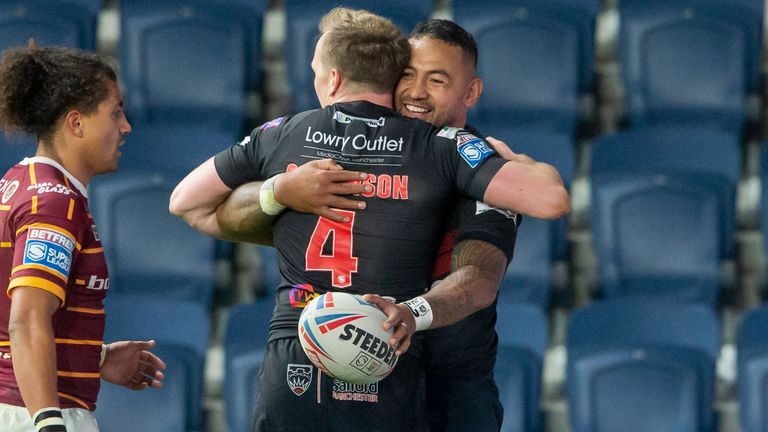 Goalkicking winger Krisnan Inu scored a second-half hat-trick of tries as Challenge Cup finalists Salford came from 12-0 down to beat Huddersfield 24-16 at Headingley.

The 33-year-old New Zealander maintained his rich vein of form by taking his try tally to seven in his last five matches as the Red Devils secured a fifth successive win in all competitions.

The defeat was tough on Huddersfield captain Aidan Sezer, the front-runner for the Steve Prescott Man of Steel award who scored two of his side’s tries and had a hand in the other.

Salford went into their penultimate game before Wembley without Kevin Brown, Tyrone McCarthy, Elliot Kear, Sebastine Ikahihifo and Mark Flanagan from their victorious semi-final line-up but they had tough-tackling forward Luke Yates back from suspension and he played a big role in their victory.

Huddersfield were boosted by the return of stand-off Lee Gaskell, back after a two-month absence with a broken thumb, and they went in front with two tries in four minutes in the first quarter.

Sezer combined with Gaskell to get centre Leroy Cudjoe over for the first and showed neat footwork to score the second himself. 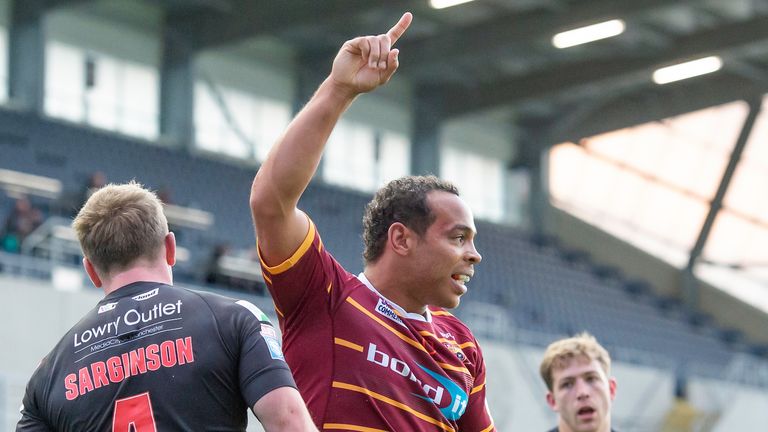 The captain added both conversions to make it 12-0, but Salford have made a habit of coming from behind to pull off dramatic victories.

They halved the deficit on 29 minutes when half-back Chris Atkin picked off a pass by Huddersfield winger Darnell McIntosh and sprinted 50 metres for an interception try.

Inu kicked the conversion and added a penalty on the stroke of half-time to cut the gap to just four points. 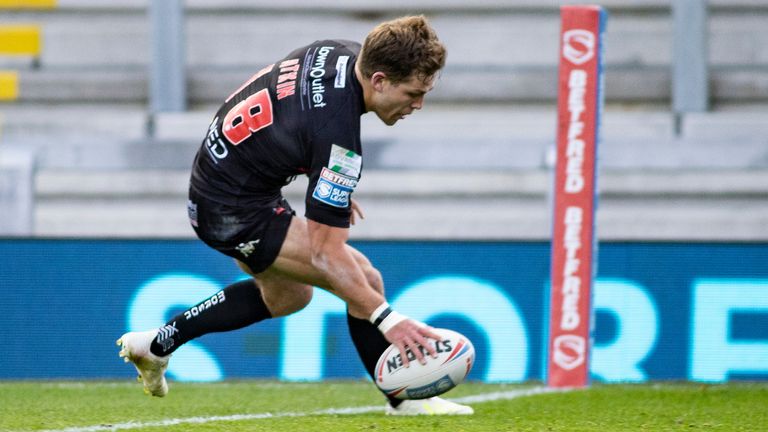 The Red Devils were reduced to 12 men either side of half-time when full-back Dan Sarginson was sin-binned for a dangerous tackle on his opposite number Ashton Golding, but they managed to keep their defence intact until he returned.

And the positions were reversed early in the second half when Huddersfield second rower Kenny Edwards was shown a yellow card for persistent infringing by his team and Salford immediately took advantage of the extra man to go in front.

Stand-off Tui Lolohea shifted the ball out to the left flank where Inu was given an unopposed run to the line and he kicked the touchline conversion to nudge his side into 14-12 lead.

Inu struck again on 58 minutes, charging over the top of England winger Jermaine McGillvary for his second try, but this time was unable to convert, and eight minutes later Sezer matched his try-scoring feat.

McIntosh leapt in the air to collect the ball from Sezer’s towering kick and put his skipper over for his second try.

Sezer could have brought the scores level but his conversion attempt rebounded off the left upright and Salford made sure of the victory eight minutes from the end when Inu completed his hat-trick. 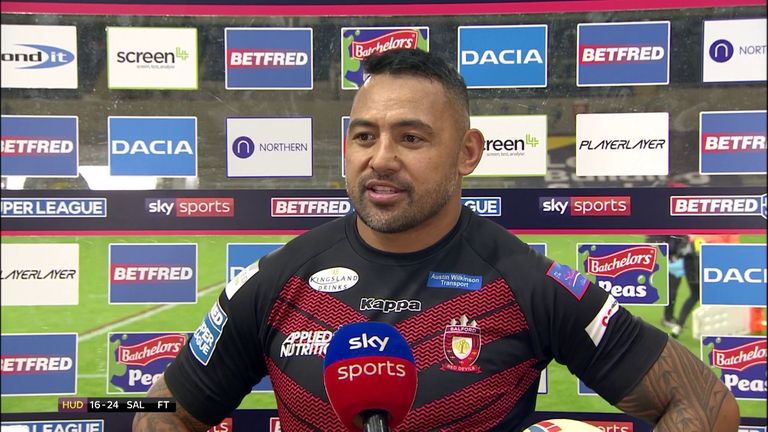