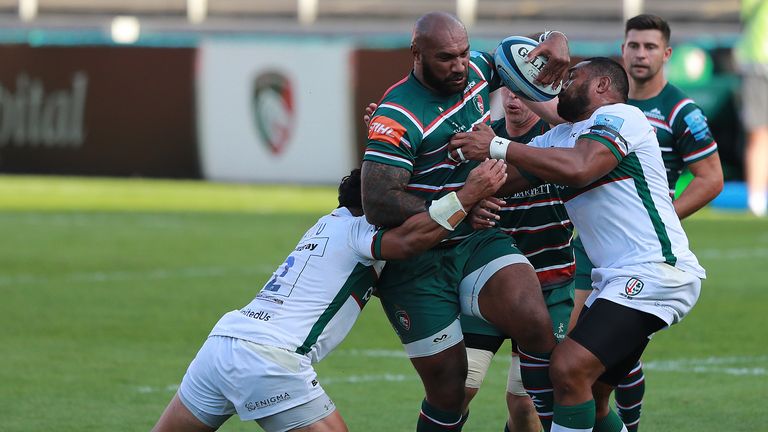 Leicester picked up their first points since the Gallagher Premiership resumption with a morale-boosting 13-7 victory over London Irish at Welford Road.

After a defeat at Exeter and a 38-16 home thrashing at the hands of Bath, the Tigers fielded a strong side and they just did enough to come away with the four points.

David Williams scored their only try with George Ford adding the conversion and two penalties.

Ben Meehan touched down for Irish, which was converted by Paddy Jackson and enabled the visitors to collect a losing bonus point.

Leicester made a lively start, moving the ball at every opportunity in the ideal playing conditions. Wing Williams was pushed into touch a couple of metres short of the line but despite their enterprise, it was a penalty from Ford that gave them an eighth-minute lead. 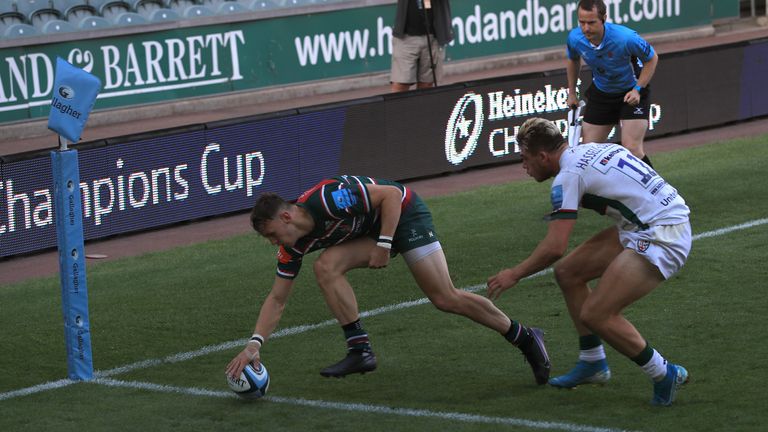 New recruit Nemani Nadolo was then given his first opportunity to impress. The Fijian, signed from Montpellier, marked his debut by powering past Tom Parton on a 30-metre burst but the supporting Ben Youngs was tackled into touch.

The Tigers suffered a blow when lock Harry Wells was forced off for a head injury assessment after receiving lengthy treatment on the floor following a heavy collision.

Despite this setback and with the penalty count firmly in their favour, the hosts continued to dominate but still only had a three-point lead at the end of the first quarter.

After 25 minutes, Leicester’s pressure was eventually rewarded with the first try when Williams finished off a round of passing to run in unopposed.

Irish had barely threatened as an attacking force in the first half-hour but they conjured up a period of pressure in the opposition 22.

Forwards Motu Matu’u and Albert Tuisue both made strong runs with Curtis Rona and Terrence Hepetema looking a potent centre partnership, but the home defence held firm to retain a 10-0 half-time lead. 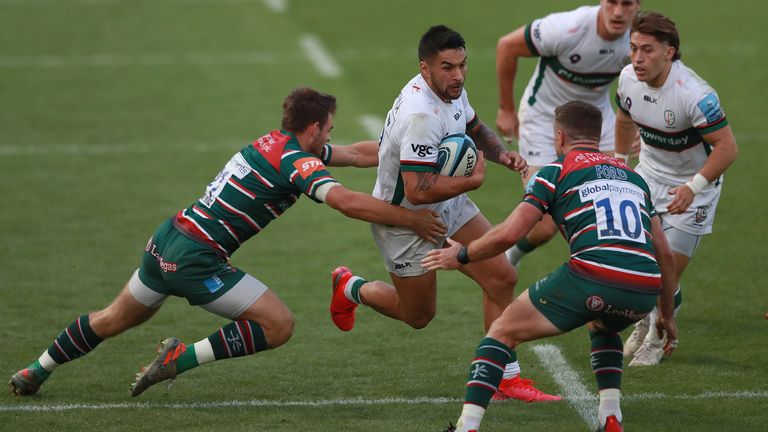 Five minutes after the restart, Ford extended that advantage with a simple penalty before Nadolo crossed the line only for replays to show that there had been a knock-on earlier in the movement.

Irish had more of the game after the interval and their hopes were buoyed by a yellow card for Tigers lock Calum Green, who was adjudged to be deliberately off-side as the visitors threatened the try-line.

As a result, Irish were able to ramp up the pressure and following a succession of five-metre scrums, Meehan was able to dive over from close range with Jackson’s conversion bringing his side right back into contention.