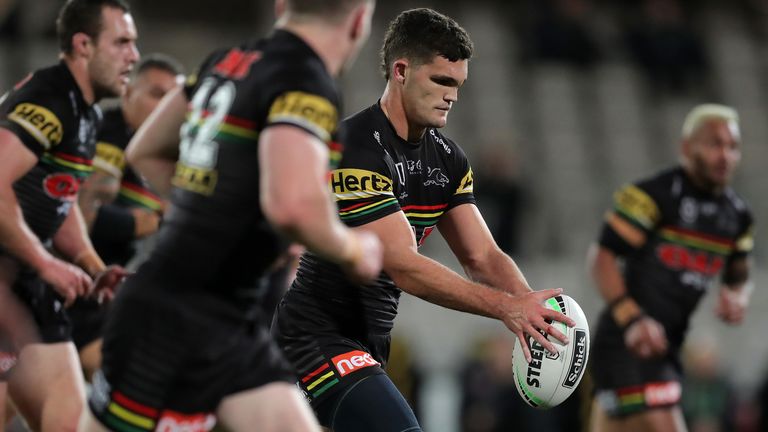 Nathan Cleary played a starring role as Penrith Panthers went top of the NRL with a 20-12 victory over South Sydney Rabbitohs in Thursday’s match at Nestrata Jubilee Stadium.

Half-back Cleary’s direction and in-play kicking proved crucial in both putting Souths under pressure and carving out opportunities for the Panthers, while he capped the display with a deserved try.

The only blot on his copybook was missing conversion attempts for Penrith’s first three tries, although the 22-year-old did slot over a crucial penalty and convert his own score late on as well. 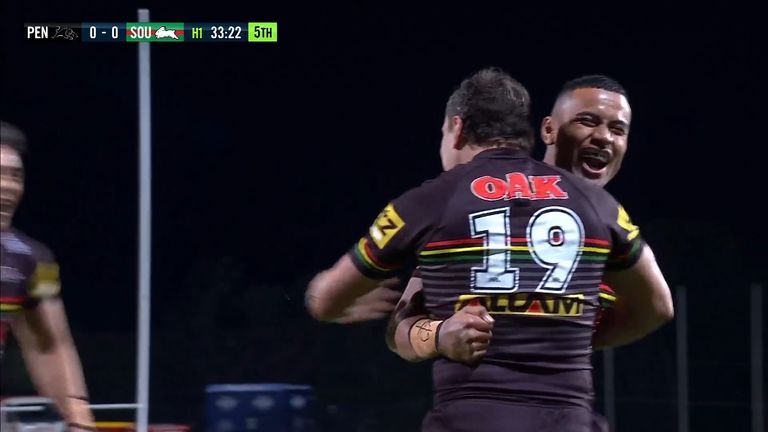 It was an attacking kick from Cleary to regular target Viliame Kikau which yielded the first try for the Panthers in the sixth minute after a close-fought start to the match.

Second row Kikau got up to knock the ball back for stand-off Jarome Luai, who in turn moved it wide to the left to send Brent Naden – back in the side for late withdrawal Josh Mansour – racing over out wide to cap his return to the side with a try.

Naden was denied a second thanks to an acrobatic try-saving tackle from Jaydn Su’a later on in the half, but Souths’ defensive resolve was eventually broken again in the 27th minute as Crichton won the footrace to dive on a clever grubber into the in-goal area from Luai. 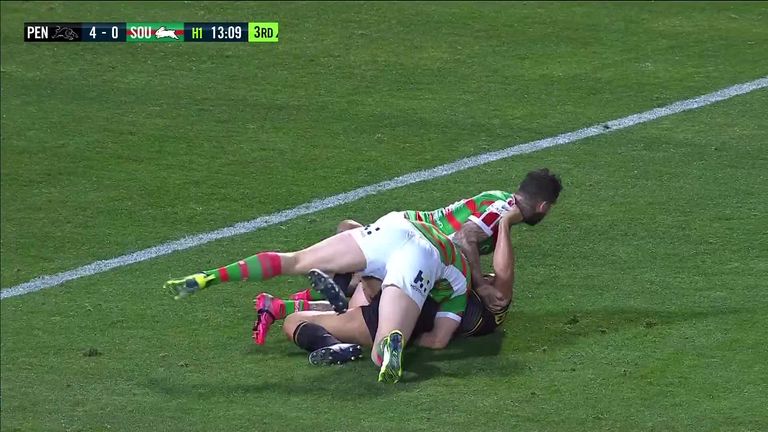 That was enough to give the Panthers an 8-0 lead at half time, but the Rabbitohs rallied after the break and deservedly hit back in the 49th minute as Adam Reynolds sent Bayley Sironen – son of Australian great Paul Sironen – over for the first score of his NRL career.

Reynolds converted as well to narrow the gap to two points. However, Souths were unable to claw their way in front as errors started to prove costly for them.

Then on the hour, Panthers full-back Dylan Edwards made them pay as he worked himself some space and fended off the attention of Braidon Burns to score.