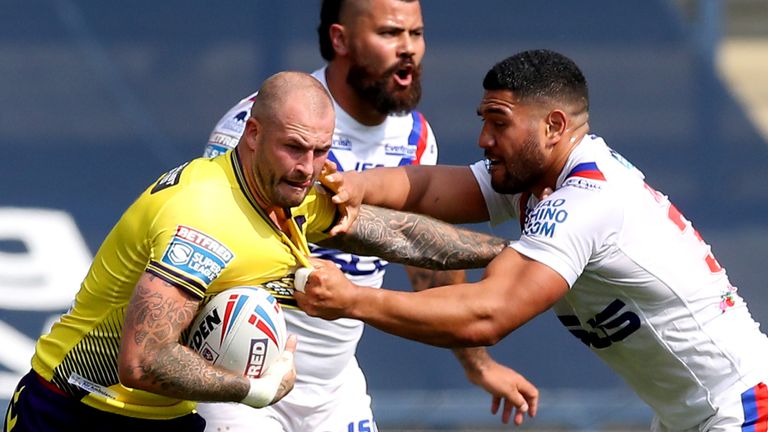 Zak Hardaker was the hero on his 200th Super League appearance as Wigan held off a spirited late fightback by Wakefield to step up their Super League play-off challenge with a 23-22 victory at Headingley.

The Warriors, who went into lockdown on top of the table, were heading for a comfortable victory when Jake Bibby scored his first try for the club to put them 22-6 up after 50 minutes.

But three tries in the last 15 minutes from wingers Tom Johnstone, courtesy of a miraculous put-down, and Liam Kay, on his return to the club from Toronto Wolfpack, ensured a tense finale.

The difference was a drop goal four minutes from the end from 20-year-old half-back Harry Smith but the match-winner was Hardaker, the 2015 Man of Steel who scored one try and created another to help the Warriors lay a platform for a hard-fought victory.

Wigan were without skipper Sean O’Loughlin and also lacked front rowers Ben Flower and Ollie Partington through suspension and Tony Clubb because of injury, so coach Adrian Lam will be mightily relieved to come away with the points. 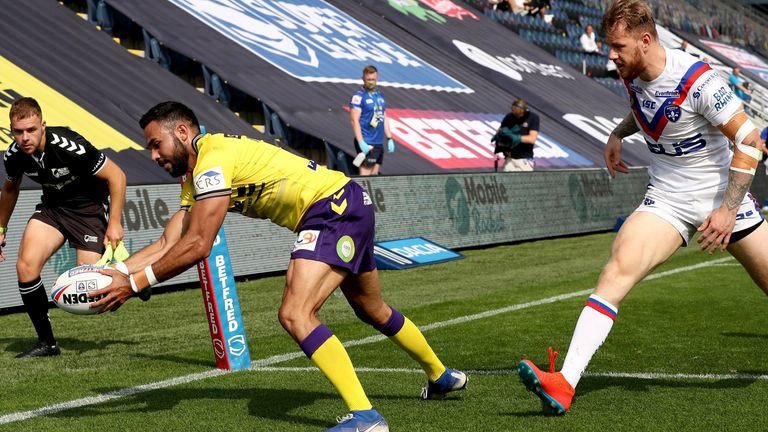 Wakefield took an early lead with a penalty goal from debutant full-back Tony Gigot, the French international who has joined them from Toronto, but it was short-lived.

Hardaker, who began the match at centre before switching to his old full-back role, took Smith’s pass to score the game’s first try on his landmark appearance and added the goal to make it 6-2.

The former Leeds and Castleford favourite then put in a slide-rule kick for Bevan French to score his fifth try of the disjointed season and open up an eight-point lead.

Undaunted Wakefield pulled a try back seven minutes before half-time when hooker Kyle Wood dummied his way over on the 300th appearance of his career.

But there was still time for Wigan to crucially strike before half-time, winger Liam Marshall touching down Jackson Hastings’ kick for his side’s third try.

Leading 16-6 at the break, there looked to be no way back for Trinity when former Salford centre Bibby bustled his way over for Wigan’s fourth try 10 minutes into the second half, with Hardaker kicking his third goal to open up a 16-point lead.

But Johnstone sparked the late drama after 65 minutes when he rose to collect Gigot’s lofted kick to the corner and, despite being off balance, somehow managed to put the ball down.

Gigot’s conversion cut the gap to 10 points and it was down to single figures six minutes later when centre Bill Tupou worked Kay over for his first try.