The Melbourne Cricket Club is yet to lock in a contract to host this year's Boxing Day Test but MCC chief Stuart Fox remains confident the venue will host the iconic cricket fixture despite the AFL's potential push into late December.

However, the AFL appears increasingly likely to be able to call on Marvel Stadium to host matches until the end of the calendar year if it needs with Cricket Australia chief executive Kevin Roberts declaring that CA will work with other codes in what is an unprecedented year of disruption for Australian and world sport. 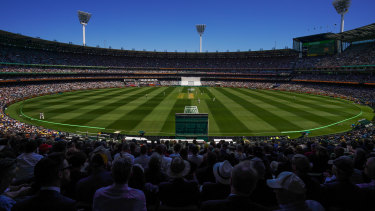 The AFL and the AFL Players' Association, determined to complete a shortened 17-round home and away season plus finals, despite the coronavirus pandemic, have stated their respective willingness to play games right up until the end of December in order to complete a season, which will be halted for months because of the virus crisis.

While there are huge question marks hovering over when professional sport may return, and when fans will again be permitted to attend sporting events, a turf war between cricket and football had been looming because of the AFL’s proposed push into non-traditional football months.

The first major potential clashes would come if the AFL needed to stretch into mid-October, when the International Cricket Council's men's Twenty20 World Cup is scheduled to begin in Australia.

Most of the AFL's regular venues, including the MCG, SCG, Gabba, Perth Stadium, Adelaide Oval and GMHBA Stadium are locked in to host matches during that event, meaning the AFL would be forced to think outside the square if it ended up playing matches at the same time as the Cricket World Cup.

The ICC said earlier this month that it was planning for the event to proceed as scheduled. The T20 final is scheduled for the MCG on November 15, but even after that point challenges could arise if the AFL season is still going.

The Big Bash League's Melbourne Renegades are contracted to take control of the AFL-owned Marvel Stadium from December 16, although Roberts said on Tuesday that CA would take a collaborative approach with other sports.

"The issues we are confronting today are bigger than any one sport," Roberts said.

"We obviously have obligations to fulfil during the 20/21 cricket season, assuming sport is back up and running, that said, we continue to work with other sports to support them while meeting these obligations." 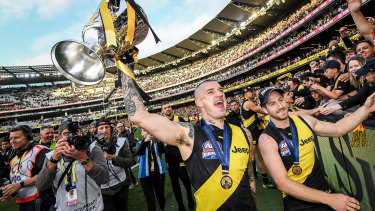 The MCG would ordinarily be off-limits for other sports in late December because of the traditional Test match, which would this year pit Australia against World No. 1 India. However the MCC’s deal with CA to host the Boxing Day Test has expired, theoretically leaving the door ajar for the AFL to pounce in this year like none before.

However, Fox poured cold water on the prospect of a Boxing Day grand final at the MCG, suggesting talks between the MCC and CA were on track and that the MCC intended to stage the Boxing Day Test this year.

"The discussions with Cricket Australia about a new MCG venue hire agreement are continuing to progress and while there are some obvious and bigger distractions at the moment, we're confident an agreement will be finalised in the near future," Fox told The Age.

"The Boxing Day Test is part of the MCG's DNA and we're hopeful the world will be in a better place by the end of 2020 to enable us to host the traditional event."

AFL chief Gillon McLachlan told SEN on Tuesday that the league was not planning to hold its grand final on Boxing Day.

"I reckon Boxing Day is important to cricket. If we're all working together to work through venue issues and others, I think Boxing Day is a cricket day and has been for a long time," McLachlan said.

"It's Melbourne's Test match day and if that's going ahead then I reckon we'd be churlish to say, 'Yeah, we're going to play on Boxing Day'."

The Renegades' first home game at Marvel last season wasn't until December 29, with most BBL matches generally held in January.

Heartbreak for Demons as Crows surge to third AFLW premiership