A one-way flight and a whole heap of faith.

That’s all dedicated Fremantle Dockers supporter Israel Ostle will need as he flies to Melbourne to see his beloved team take on Collingwood in Saturday night’s semi-final at the MCG. 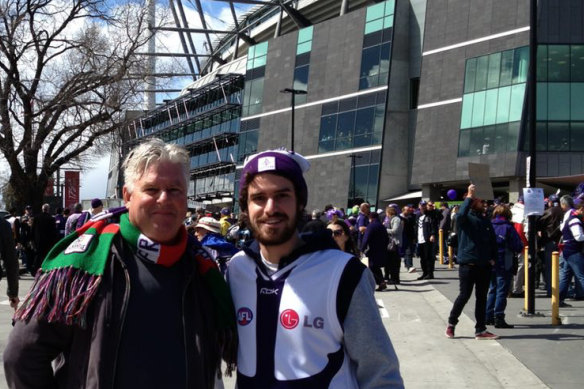 Israel Ostle and his father at the 2013 grand final.

Ostle’s devotion is unwavering and he said it would all be worthwhile if his team won.

He booked the flight on Tuesday and will follow the Dockers around the country if they progress through the remainder of the finals.

“It just means so much more that we have never won a grand final, it makes me feel that money is not a factor, when I want to be a part of it so much,” he said.

Ostle donned the purple in 1997 when he was just five years old.

His father is a fisherman, linking his family closely to the club’s symbol of the anchor.

“Even though those early years were pretty dark and full of losing more than winning, my family and a couple of really close friends from school all definitely love the Freo culture, love the purple and love the players,” he said.

Ostle has seen every final Fremantle have played in Perth and even drove across the Nullarbor in 2013 for their first grand final appearance.

“At the time fuel was a lot cheaper,” he said.

Robin Judd and Clive Jones have supported the Fremantle Dockers since the team’s inception in 1994, in a special club within the club aptly named the Harbour Masters. 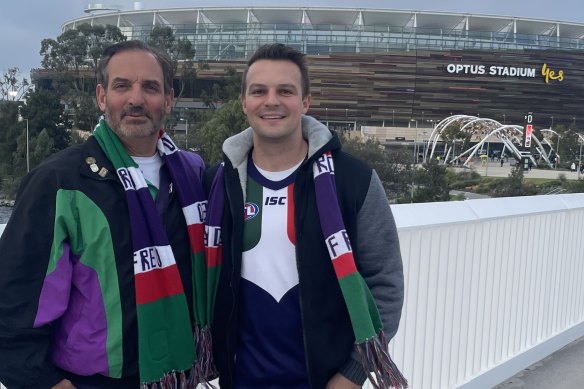 Harbour Master Robin Judd and his son Matt at the retro round game.

The 1000 Harbour Masters each donated $1000 to help get the club off the ground and have ridden the waves of highs and lows ever since.

Judd will fly to Melbourne on Saturday and is looking forward to supporting the team in the packed-out MCG.

“I just see a cultural shift in the Dockers over the last couple of years since management changed, since coaching changed, and it’s just been really good to see,” he said.

As a self-professed “long-time suffering” Dockers supporter, Jones says the rareness of this opportunity is why he and so many other fans are dedicated to the journey east.

“I don’t think this is something Victorians realise, is that for us to go to the game it costs more than the local tram!” he said.

Felicity Carroll has been a fan since she was four years old and a Fremantle Cheer Squad member for nearly eight years.

Carroll said the cheer squad would join forces with Fremantle’s Victorian fan base, to walk to the hallowed ground together for safety in numbers.

“The community that we’ve got in Freo fans is really exciting, even just catching up with people I know in the Victorian cheer squad, seeing them and being part of the atmosphere,” she said.

With limited finals experience, the Dockers will perform in front of a sold-out crowd, their second-largest since their loss in the 2013 grand final. 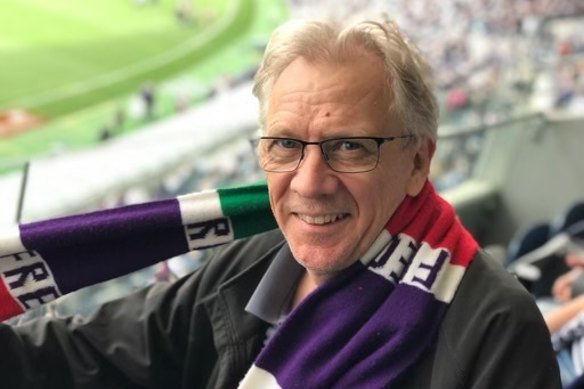 Carroll said the largest crowd she has been a part of was last week’s elimination against the Western Bulldogs, which drew just shy of 59,000 fans at Optus Stadium.

“I only really have away derbies to go on in terms of what ferocity to expect,” she said.

But Israel Ostle believes the hostility of the Collingwood-dominated crowd will only make victory sweeter.

“Just the fact that it’s in Melbourne and all the chips are against us is just something that will make the win more special,” he said.