The Cumbria-born 23-year-old is now set to become part of England’s plans for the 2021 World Cup, new coach Shaun Wane has revealed.

Knowles, a Grand Final-winning second row or loose forward, represented Wales in the 2017 tournament but switched over after discussions with Wane.

Wane said: “I chased him. He’s a big player I admire, a big effort player, which is perfect for me and I can see him playing in a Test match. I’ve already spoken to him and I like him. “Lockers (Sean O’Loughlin) is not going to last forever and he sees himself jumping in there, which I can see myself.

“He’s got a bit of skill and a bit of speed and he can do a job anywhere for you.”

Knowles hails from Barrow but was eligible for Wales through his mother and represented the country from under-16 level.

Knowles said: “I feel very honoured to have played for Wales and represented my Welsh family and heritage and I am hugely grateful for the opportunities and experiences this has brought my way.

“But first and foremost I’m a really proud Cumbrian. I was born in Barrow and I’m English and I want to play for my country.

“Hopefully if I work hard, I will be able to do that and I am excited about what the future may hold.” 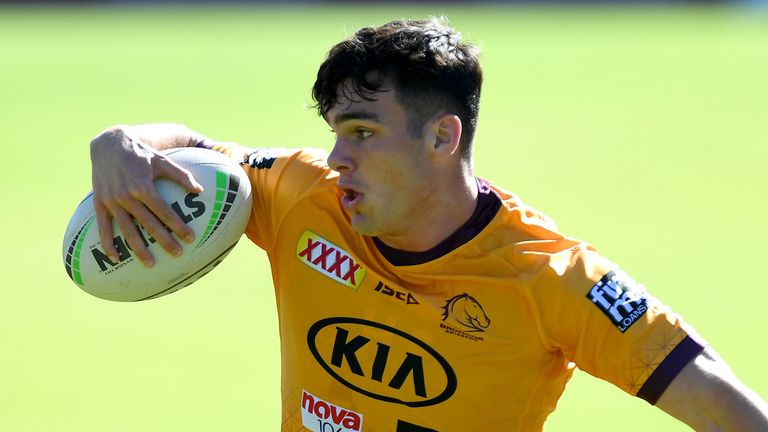 The 20-year-old centre, who moved to Australia after leaving school, has impressed in the NRL since breaking into the Broncos’ first team last season.

“Herbie is young and will have time to develop into one of the leading candidates for World Cup selection,” said Wane on a media call.

“I wouldn’t say he’s stood out but he’s doing a few good things which I like to see. He’s warranted his selection in the top squad.

“I’d need to see more from him but the glimpses I’ve seen are very encouraging. His size and athleticism are very impressive and I can see him pushing very hard for a centre spot next year.” Wane, who succeeded Wayne Bennett earlier this year, is yet to take charge of a game and his plans for this autumn were dashed when the Ashes series was called off due to the coronavirus pandemic.

He is now anxious to arrange some meaningful fixtures to aid his World Cup preparations. Full Tests against Australia and New Zealand in mid-season next year are unlikely, but he would favour reviving the Exiles concept, whereby England would face a team of international stars playing in Super League.