Ireland battled to a landmark series win in New Zealand after holding off a second-half fightback to secure a stunning 32-22 success from an epic encounter in Wellington.

But the All Blacks moved to within three points in a breathless second period thanks to scores from Ardie Savea, Akira Ioane and Will Jordan, before Rob Herring crossed to help the tourists home on a historic evening. 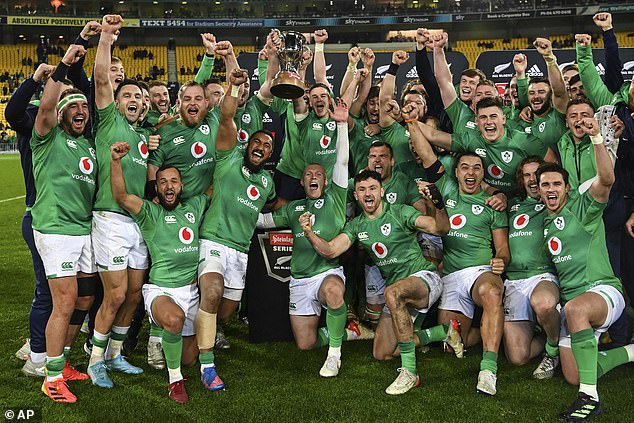 Members of Ireland’s triumphant squad were pictured in tears at full-time as they savoured arguably the greatest result in their nation’s history, which also moved them top of the world rankings.

Captain Johnny Sexton, who celebrated his 37th birthday on Monday, chipped in with 12 points, becoming the second man to surpass 1,000 in the green jersey.

Ireland only won away to New Zealand for the first time last weekend by bouncing back from a 42-19 drubbing in the Auckland opener to triumph 23-12 in Dunedin and set up the decider.

Head coach Farrell had expressed hope that his side had saved their best performance for the final Test. 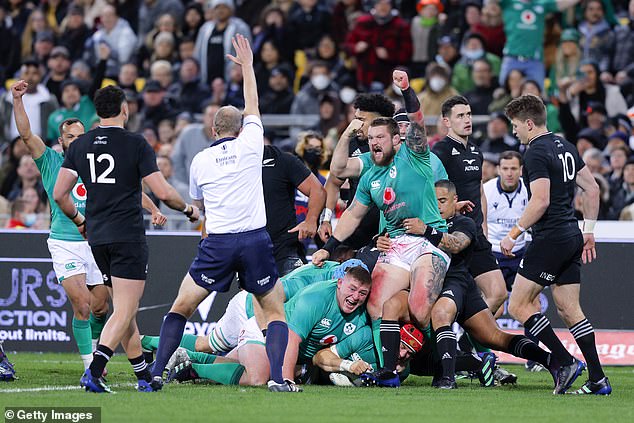 The Englishman duly had his wish granted during a phenomenal opening 40 minutes packed with power and intensity before the Irish weathered a second-half storm intensified by the loss of Andrew Porter to a yellow card to take the series 2-1.

The outclassed All Blacks deserved credit for not rolling over but the sensational result piles further pressure on under-fire head coach Ian Foster.

Ahead of kick-off, tears flowed during a rousing rendition of the New Zealand anthem before a stunned Sky Stadium was swiftly silenced.

Farrell described having a sniff of series success on Kiwi soil as “like gold dust” and for the third successive Saturday his side were rewarded for a rapid start with an early try.

Buzzing with intent, the Irish flew out of the blocks, culminating in flanker Van Der Flier crashing over in the fourth minute to claim his eighth international score. 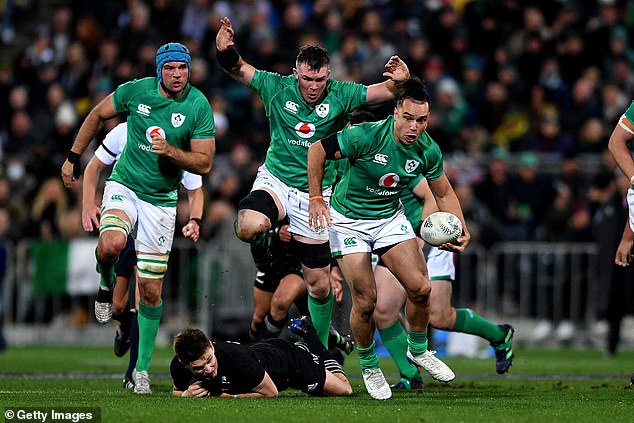 New Zealand made a total of five personnel changes from their dismal display in Dunedin after blindside flanker Ioane was a late replacement for Scott Barrett but initially showed few signs of improvement and often appeared rudderless.

The below-par hosts eventually gained some meaningful territory and reduced the deficit thanks to Jordie Barrett kicking a straightforward penalty, having squandered an earlier opportunity.

Yet Ireland quickly reasserted authority and took control of the scoreboard with some brilliant, free-flowing rugby.

They crossed for a second time in the 28th minute as Keenan burst clear to touch down wide on the left following a fine pass from James Lowe.

Further fine interplay from Dan Sheehan, Sexton and Bundee Aki then allowed Henshaw to gleefully exploit the All Blacks defence just before the break. 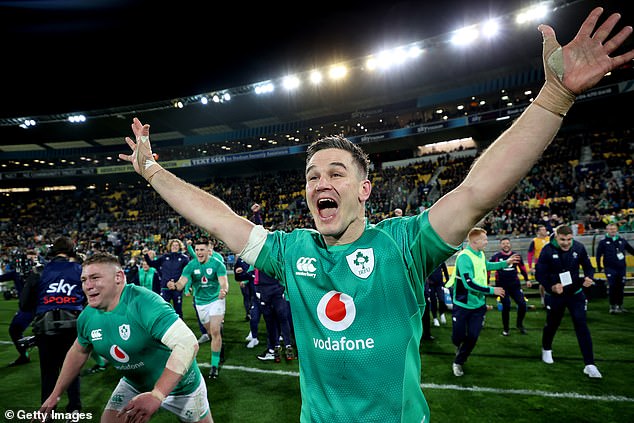 New Zealand were lacking leadership and ideas, while being constantly outwitted.

Ireland had no such issues and influential skipper Sexton coolly converted the second and third tries, either side of landing a long-range penalty, as he joined Ronan O’Gara in reaching four figures.

The panicky hosts were 22-3 behind at the break – their biggest half-time deficit in 119 years of Test rugby.

Foster’s side desperately needed a response and were given a lifeline as Savea powered over inside four minutes of the restart, with Barrett slotting the conversion to kick-start a major momentum shift. 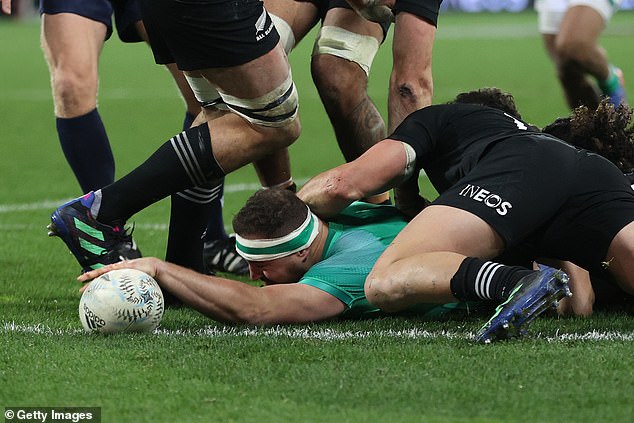 Ireland were soon down to 14 men as prop Porter was sin-binned for head-on-head contact with Brodie Retallick, leaving the Kiwis a little aggrieved after Angus Ta’avao was sent off following a similar incident last weekend.

Recalled back-rower Ioane then easily slipped through the Irish defence to claim his maiden Test try and help bring the hosts to within five points in a frantic period.

Sexton briefly settled Irish nerves with a penalty but agonisingly hit the crossbar with another attempt before being outpaced by the electric Jordan, who zoomed clear for a fine solo score to set up a nervy final 20 minutes.

The Irish dug in resolutely in the closing stages as they held on for a milestone result which lays down a marker ahead of next year’s World Cup in France.