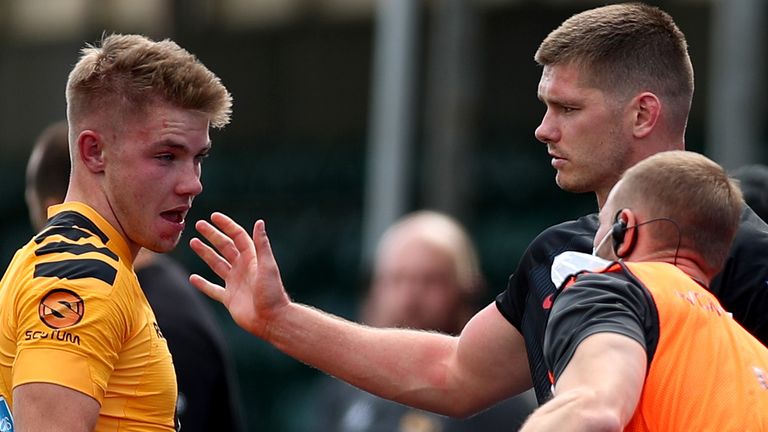 Owen Farrell is “incredibly regretful” over the illegal tackle that is almost certain to see him banned for Saracens’ most important game of the season, according to his director of rugby Mark McCall.

Farrell faces an online disciplinary hearing on Tuesday night when he will discover the length of his suspension for being shown the first red card of his career on the hour mark of Saturday’s defeat by Wasps.

The England captain was sent off for a high and reckless tackle on 18-year-old replacement fly-half Charlie Atkinson, whose afternoon was ended by the challenge.

Farrell immediately showed his remorse and apologised to Atkinson, but he could be facing a lengthy ban as the game continues its crackdown on dangerous tackles, especially to the head.

Saracens travel to Dublin to face Leinster on Saturday week as the club targets a successful defence of their European crown to compensate for their relegation from the Gallagher Premiership because of repeated salary cap breeches. You could see from his reaction as soon as it happened that he knew he got it wrong and he is incredibly regretful.

“Obviously Owen got the tackle wrong, there’s no question about that. He’s been into the club and I’ve spoken to him,” director of rugby Mark McCall said.

“You could see from his reaction as soon as it happened that he knew he got it wrong and he is incredibly regretful.

“He stood on the touchline and waited for Charlie to get up and come off and he was really concerned for him. You could see on his face how he felt.”

McCall declined to reveal Saracens’ strategy for the disciplinary hearing but is resigned to losing Farrell for the Aviva Stadium showdown with two games to play before they depart for Ireland. 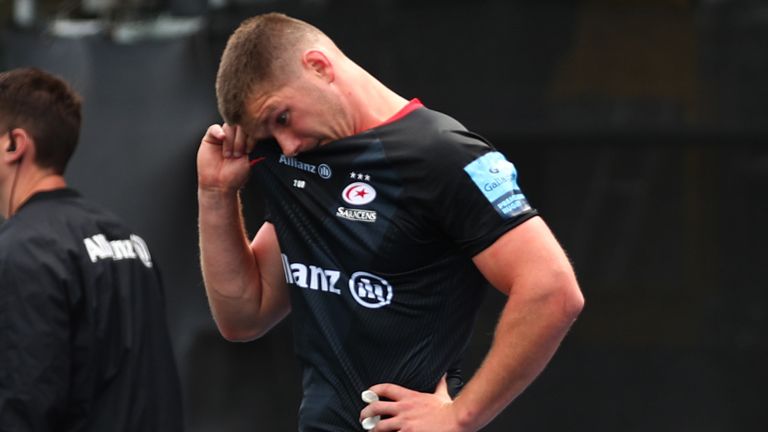 The sanction range for his clear breach of the tackle law is two games for low end, six for mid range and 10 for high end.

Mid-range appears the most likely punishment and given Farrell’s remorse and good disciplinary record – he was banned for the same offence four years ago in his only previous suspension – any punishment could be reduced.

“We should let the proceedings take their course but we can safely assume that Owen won’t be available for Leinster and we’ll plan as such,” McCall said.

Farrell’s absence would be partially off-set by the return of Duncan Taylor from a shoulder injury with the Scotland centre potentially available for Wednesday’s clash with Sale.