Argentina skipper Pablo Matera has said he is ‘deeply ashamed’ after he was stripped of the captaincy and suspended along with two other players over racist tweets.

Just weeks after leading the Pumas to their first win over the mighty All Blacks, the Argentina Rugby Union ‘revoked’ Matera’s captaincy and suspended him, along with second row Guido Petti and replacement hooker Santiago Socino.

‘The Argentina Rugby Union forcefully rejects the discriminatory and xenophobic comments published by members of the Pumas squad on social media,’ a statement read, after offensive post dating from between 2011 and 2013 came to light. 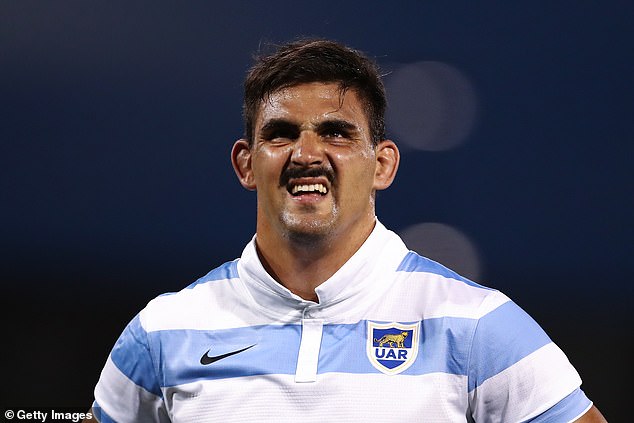 In the tweets, since deleted, Matera spoke of ‘running over blacks’ with his car and disparaged Bolivian and Paraguayan domestic workers with racial stereotypes.

Petti referred to his domestic worker as a ‘primate’ and spoke of ‘blacks’ stealing mobile phones and wallets.

Argentina have endured a turbulent year including lockdowns and a coronavirus-hit build-up to the Tri Nations, where they stunned New Zealand and drew with Australia before going down 38-0 to the All Blacks on Saturday.

The rugby union said that although the posts were several years old and did ‘not represent the personal integrity that the three have shown during their current period with the Pumas’, action had to be taken. 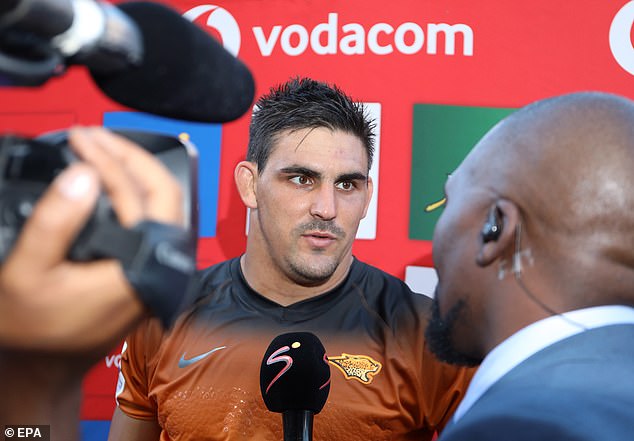 ‘The Argentina Rugby Union condemns any instance of hate speech and considers it unacceptable that anyone expressing those views would represent our country,’ the statement said.

Matera, who captained Argentina at last year’s World Cup and plays club rugby for Top 14 side Stade Francais, apologised for his ‘barbarisms’.

‘I’m sorry to everyone who was offended by the barbarisms I wrote,’ the 27-year-old wrote on Instagram.

‘At that moment, I could never imagine who I would become. Today I have to take responsibility for what I said nine years ago.’

‘I want to apologise as well to my team and to my family for what they are experiencing because of my actions.’

The tweets resurfaced after criticism that the Pumas did not adequately pay tribute to late soccer icon Diego Maradona before Saturday’s defeat by New Zealand. 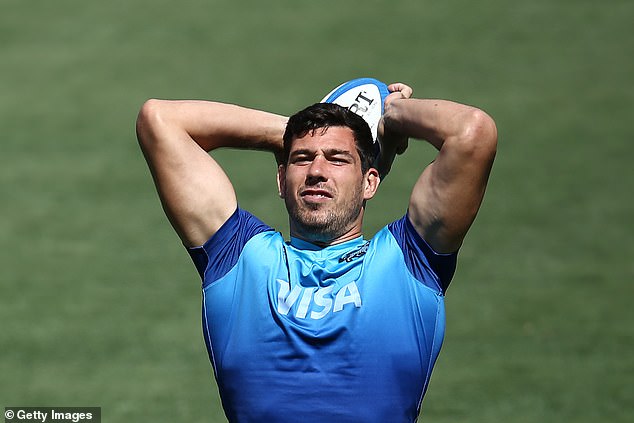 Matera was forced to defend the Pumas’ low-key response, which fans compared unfavourably to New Zealand’s poignant laying-down of a ‘Maradona’ All Blacks shirt before kick-off.

Argentina rugby said it would be asking staff to propose candidates to replace Matera as captain.

In a statement, a remorseful Petti insisted the messages ‘don’t at all represent the person I am today… I made a mistake and I want to express my sincere apologies’.

Like Matera, Petti – who recently signed for Bordeaux – is a mainstay of the team, with 56 caps including two World Cup campaigns. Socino made his debut last year and has played only four Tests.

The trio’s suspension leaves the Pumas reeling ahead of their Tri Nations clash against the Wallabies this weekend.

It is the final fixture of a Tri Nation series that has seen Argentina beat New Zealand 25-15 after 35 years of trying, and draw with Australia.