Paul McShane believes there is plenty more to come from him after extending his contract with Castleford Tigers until the end of the 2025 Betfred Super League season.

The reigning Man of Steel was already under contract for the 2022 campaign, but has now agreed a further extension to that deal which keeps him at the Mend-A-Hose Jungle for a further three seasons and will take him to over 10 years’ service as a Tigers player.

The news comes on the back of McShane making his first England appearance in last Friday’s 26-24 defeat to the Combined Nations All Stars and the hooker is excited by what the next four years holds for him with Cas. 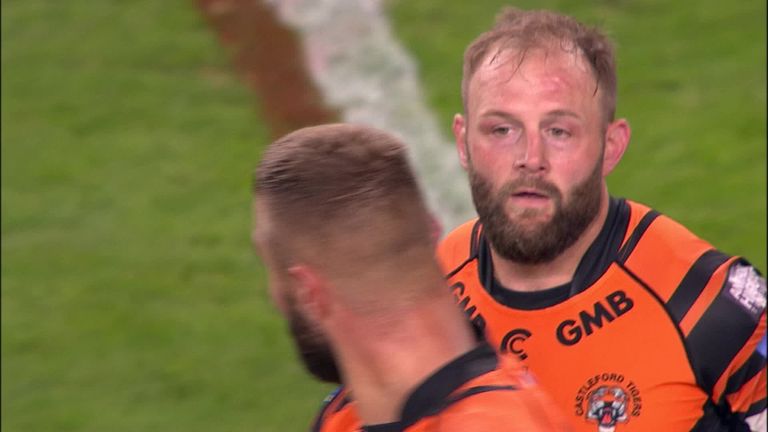 “I’m over the moon to be staying for the next four years,” McShane said. “I have to give credit to Cas for improving next year’s deal for me as well which is something they didn’t have to do and something that I’m grateful for.

“I want to keep getting better at everything I do. Hopefully in the next four years, it sees me keep improving and getting better.

“I feel great, I feel as though the older I get, the smarter I’m getting both playing-wise and body wise in looking after myself.

“The club has made me the player that I am now, the people involved, my kids only know me playing for Cas which is a big factor as well. I’ve probably turned from a boy to a man here.”

Incoming Castleford head coach Lee Radford, who will take charge of the Tigers when Daryl Powell moves to Warrington Wolves at the end of the current season, is delighted to have retained the services of McShane for an extended period.

“To have Paul long-term is a credit to the club really and a credit to him,” Radford, who played alongside McShane at Hull Fc, said. “He is arguably one of the most influential players in any team in the competition, he seems to be getting better with age.

“I was fortunate enough to get to play with him at Hull when he came on loan from Leeds, formed a good relationship with him there and hopefully we can continue that in a coach and playing capacity.

“I think he is the most influential No. 9 in the comp, how he steers the team around and how he takes the pressure off the pivots and his leadership qualities are there to see.”

England will stay on the edge but be smarter, says John Mitchell