But the respite could be brief. A big defeat by England on Saturday and the team will be propelled back to the doldrums, undoing much of the good work of Pivac’s predecessor Warren Gatland.

Pivac blooded four players against Georgia — James Botham, Kieran Hardy, Johnny Williams and Ioan Lloyd — and the set-piece was shored up. But Wales recognise they need a big improvement against England. 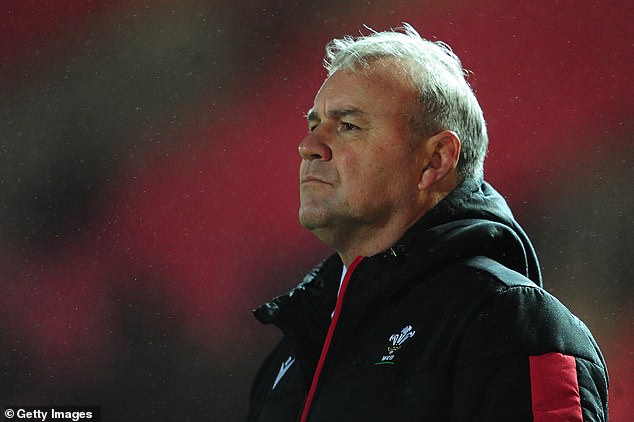 Centre Nick Tompkins, on loan at the Dragons, knows Eddie Jones’s squad better than most having played with the Saracens contingent for years. He said: ‘It would be silly to say we don’t have to raise our game. We know what’s coming.

‘Personally, I know a lot of their boys. To watch them bringing it in training, just like they do in games with no drop-off, makes some of them the world’s best players. You don’t need to talk about competitiveness, especially with Owen Farrell.

‘We’re going to have to keep fronting up, like we did against a good Georgia pack. Our forwards did a good job. We’ll have to have the same next weekend — and some.’ 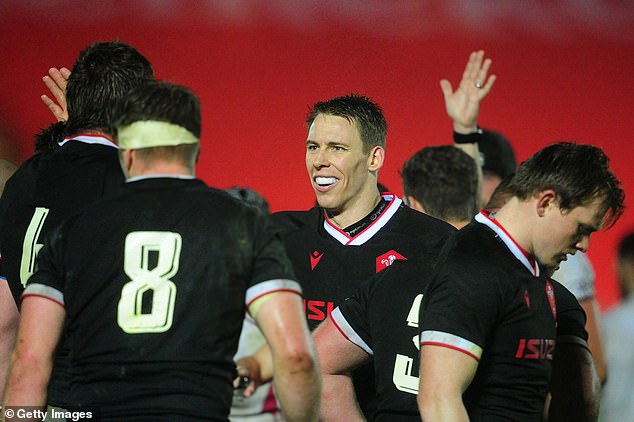 The reality for Wales is that under Pivac they have only beaten Italy and Georgia in eight Tests. So they desperately need a big scalp to justify the grand designs the Kiwi coach has in mind.

Tompkins said: ‘We need to challenge ourselves to up it again to the next tier. We’re desperate to put in a good performance and keep this vibe going. That’s what we need as a team. We know we’ve got it in there.’

But the back-row is now an area of concern. Justin Tipuric was knocked out against Georgia, Josh Navidi is yet to take part in contact after his own recent concussion and Ross 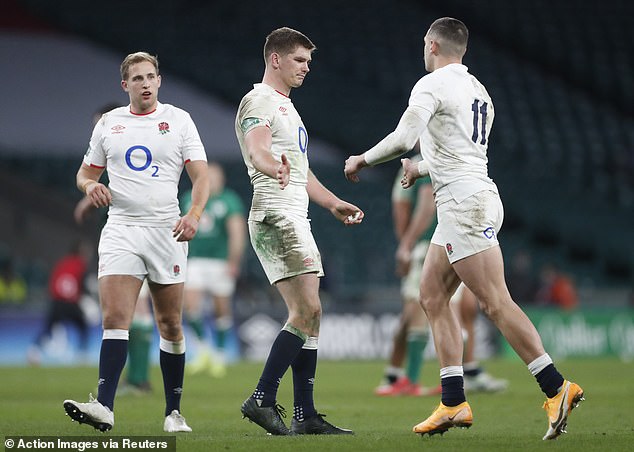 However, a big defeat by England this Saturday could propel them back to the ‘doldrums’

Moriarty is out with an ankle injury. Taulupe Faletau should be fit, but a rookie No 7 may be needed with Botham or James Davies options if Tipuric and Navidi are not ready.

The front row of superior scrummagers Wyn Jones, Elliot Dee and Samson Lee should be retained to combat England’s prop idols, but with Jon Davies out with a knee injury, two of Tompkins, Williams and Owen Watkin will be an unfamiliar centre partnership.

At present a win against England seems unlikely, but if Wales somehow manage it on Saturday, it would be a turning point for Pivac.