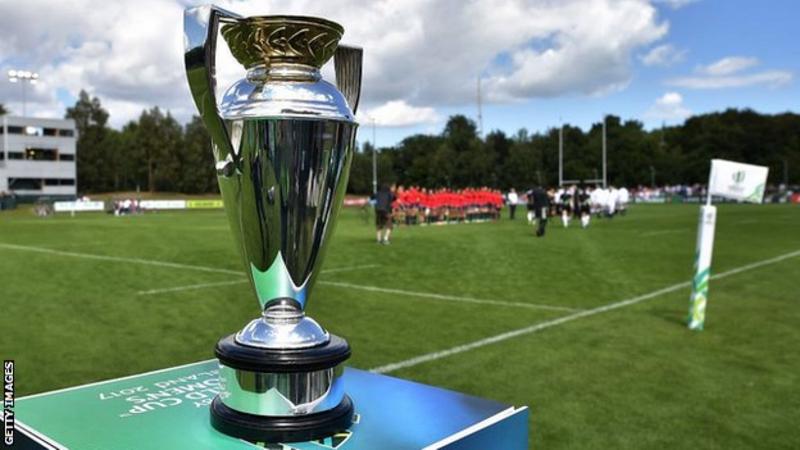 Players may have to choose between the Olympic Games and the women’s Rugby World Cup in 2021 after World Rugby confirmed the dates of the tournament in New Zealand will not change.

The World Cup starts on 18 September, just six weeks after the conclusion of the postponed Tokyo Olympic Games which now run from 23 July to 8 August.

Some countries rely heavily on female athletes switching between codes.

That means some individuals could have to choose which event to play in.

In England women’s players are now contracted to either Sevens or XVs, while in countries like France, Wales and Canada players can switch between the disciplines throughout the year.

“Some players may have to make a choice of either/or, but there are certainly players that coaches feel could probably do both,” World Rugby’s Head of Competitions and Performance Mark Egan said.

“The majority of unions are very comfortable they can work with this even though it is going to be challenging.”

The women’s Olympic Rugby Sevens will run in the first week of the Tokyo Games meaning any athlete hoping to compete in both events will have a seven-week turnaround.

World Rugby understands the numbers of dual code players has dropped since the Rio Olympics in 2016 and Egan believes this will eventually end.

“The feedback we’re getting is there are fewer athletes this time round for Tokyo playing both forms of the game,” he said.

“I think further down the line you will see complete separation.”

World Rugby has been in constant dialogue with all unions since the announcement that the Olympic Games would be postponed because of coronavirus and confirmed one union did request World Cup 2021 be moved back by a month.

This is not possible because New Zealand is hosting a major trade forum, the Asia-Pacific Economic Cooperation, in November.

Egan explained: “We have to work with the dates we have.

“There’s very little chance it (RWC 2021) can be moved later because you’re coming up against that event, there’s very little hotel availability and there’s all kinds of issues around hosting two major events like that at the same time.”

There had been suggestions the tournament could move to 2022 but Egan said the tournament “can’t move” because of fixture congestion involving the Birmingham Commonwealth Games in July and August and the Sevens Rugby World Cup in Cape Town in September.