Premiership Rugby clubs have renewed optimism that they will be allowed to welcome back fans this season and have applied to be part of a Government trial.

The domestic rugby season started on Friday behind closed doors but there is increasing hope that will not last for the whole season.

Sportsmail can reveal the top clubs are keen to be part of the Government’s revamped efforts to bring supporters back and they could soon be allowed to do so now test events are back on. 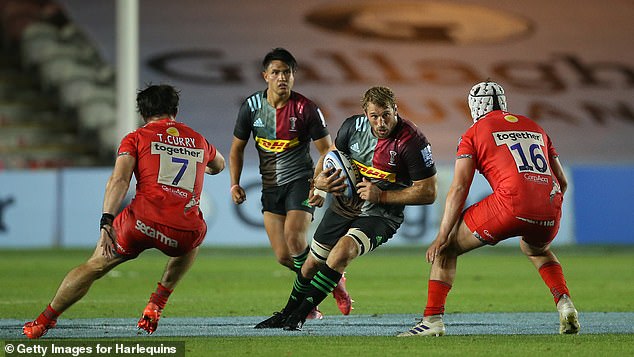 The financial imperatives mean clubs need the cash boost. For example, Exeter Chiefs said they lose £1million a month at present, and Gloucester are believed to have lost £5m in lockdown.

But Premiership clubs are now hearing encouraging noises about a return for fans.

Gloucester chief executive Lance Bradley told Sportsmail: ‘We are planning on fans coming back — to a limited extent — in October but it could be earlier than that.

‘And then proper crowds back in from January. If there are no fans until next summer that’s a big problem but if it is January, while still a problem, that is not the end of the world. We’ve been asked to take part in one of the Government pilot schemes to test crowds and have said yes. All the clubs are keen.

‘We have put in an application, and nothing is certain, but at Kingsholm we would hope for one-third capacity, so about 5,500 fans. It might be less than that for a trial. 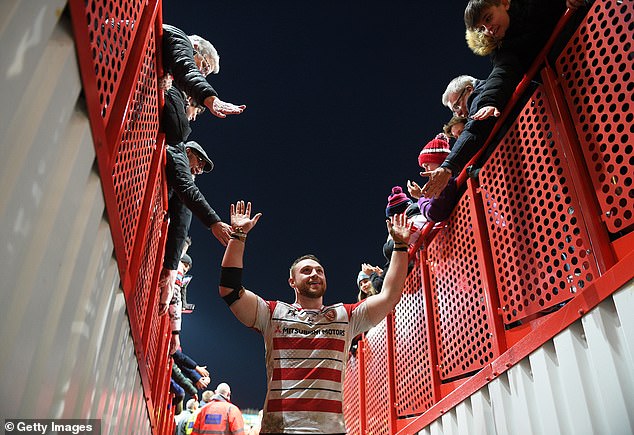 ‘The news that the temporary halt on crowd trials has lifted is great.

‘A third of our income comes from match days, so at the moment that is nil aside from those who have kindly donated their season-ticket money.

‘The longer that continues, the more perilous it gets.

‘We’ve got a robust three-year business plan that will see us through this crisis — a combination of cost-cutting and loans — and we are planning that things return to normal next year.

‘Most of the signals are positive as it seems that the risk of catching the virus outside is much less than inside.

‘So with social distancing in place we are pretty confident to have crowds back reasonably soon.’