NSW coach Brad Fittler has told Blues hopeful Ryan Matterson to smarten up after the former Wests Tigers back-rower took a crack at his former club.

Matterson fired up on social media after the Tigers allowed versatile utility back Corey Thompson to sign with the Gold Coast Titans.

Kayo is your ticket to the 2020 NRL Telstra Premiership. Every game of every round Live & On-Demand with no-ad breaks during play. New to Kayo? Get your 14-day free trial & start streaming instantly >

“Players’ player last year and they didn’t want to use you this year (raised eyebrow emoji). You are an absolute freak of a player and will kill up at the Titans,” Matterson wrote.

Matterson had a bust up with Michael Maguire last season, and it led to him skipping training and forcing himself into a move to Parramatta.

Titans have nothing to offer except money

The forward was a part of Fittler’s NSW Origin camps last year, featuring in game one as the 18th man.

“I don’t know if it’s Ryan Matterson’s job to be getting on social media. That seems quite ridiculous to me,” Fittler told WWOS.

“Anyway, he’s a great little player. For whatever reason, Madge Maguire mightn’t have thought that Corey Thompson could be a grand final-winning fullback. That’s a decision that all coaches have in all different positions. 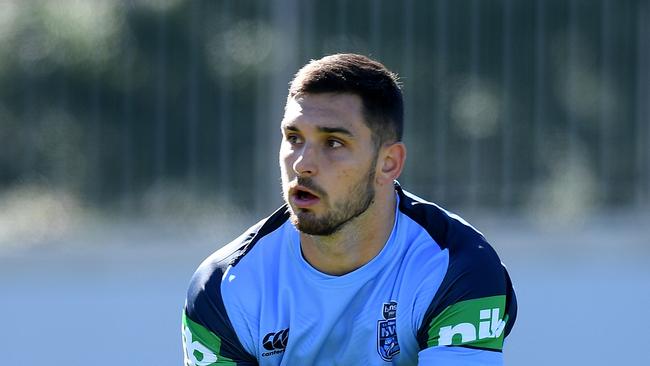 “But he’s been extremely consistent over the last couple of years, Corey Thompson. I was a bit surprised he went as well. But they’re the decisions you make when you’re the coach.”

Fittler did, however, say that the Tigers were perennial underachievers.

It’s something Maguire has tried to change in his tenure with the Tigers and in recent weeks he has cracked the whip and dropped club icon Benji Marshall.

Fittler backed Maguire’s desire to strive for consistency, adding: “Teams need to know what it takes to actually be able to concentrate and play hard for 80 minutes.

“Not all players or clubs train at that level. Sometimes you get pushed around by teams and players, and they sort of pull against training hard, or at certain levels. When Des [Hasler] was talking about it, he’s really specific about training teams at certain levels.

“I know Michael Maguire seems to be that sort of coach, where he needs them at a certain level and maybe they’re getting to that stage, the Tigers. You can’t do it straight away.

“It takes years because sometimes there’s just people that can’t do it, you’ve got to wait until you get other people to fill their shoes. It does take patience, but it takes hard work”