Richmond AFLW player Jess Hosking has been charged for allegedly driving a jet-ski while under the influence of alcohol on a trip to Burleigh Heads, Queensland.

Richmond said they were aware of the incident, which occurred over the weekend, and have informed the AFL. 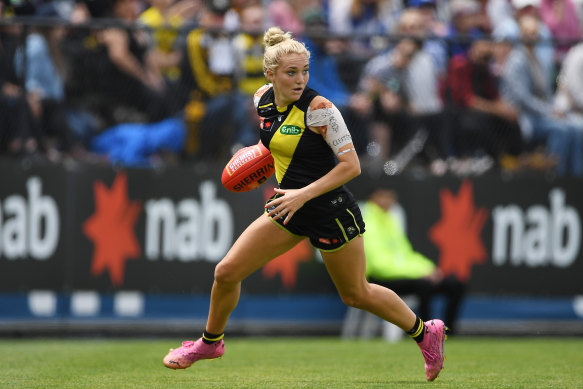 “Hosking has been charged for driving a jet-ski while under the influence of alcohol,” the club said in a statement.

“The AFL has been informed of the incident and as this matter is currently under investigation by Queensland Police we are unable to make any further comment.”

Hosking is in Queensland with fellow Tigers players, including sister Sarah, Grace Egan and Eilish Sheerin.

Hosking was recently in the headlines when she apologised for an offensive message written on her shoulder tape during Richmond’s semi-final against North Melbourne.

‘It was a nonsense’: Ex-Swans boss says AFL tried to deliver Buddy to GWS