England fans are fearing another scrum ordeal at the hands of the mighty Springboks, but Sale have faith in Bevan Rodd — their rookie prop who is gearing up for a brush with the ‘Bomb Squad’.

The 21-year-old loosehead only made his Test debut last weekend and now he is about to face the ultimate front-row assignment. South Africa have two heavyweight units which they deploy to devastating effect. Rodd must somehow stand his ground at Twickenham on Saturday when his ability to survive a set-piece onslaught will go a long way to deciding the outcome.

The opponents lying in wait are formidable. First off, Rodd will have to lock horns with Trevor Nyakane, the veteran 19st Bok tighthead. He will be joined by hooker Bongi Mbonambi and Ox Nche in the No 1 shirt. Around half-time, South Africa will unleash the ‘Bomb Squad’ front-rowers; so Rodd is set to find himself up against Vincent Koch of Saracens, as well as the renowned Malcolm Marx and Steven Kitshoff. 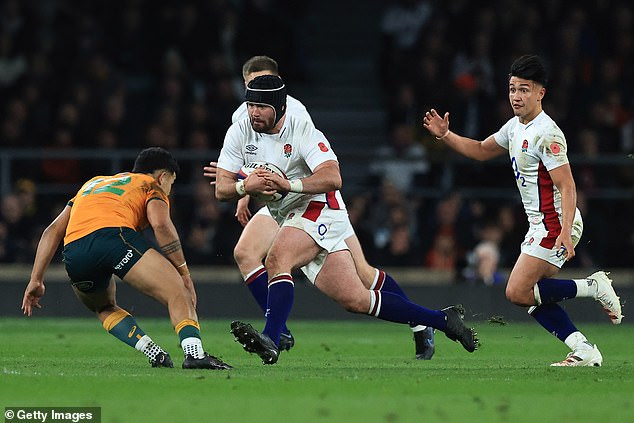 Ellis Genge is laid low with Covid, Joe Marler is also still in isolation and Mako Vunipola is out of favour, so the onus is on the rookie Shark to stay afloat in treacherous international waters. There will be fears of a mismatch, but Rodd’s club have seen him make giant strides since breaking through at senior level a year ago, and they believe he can handle the occasion.

‘Bevan has met all the challenges put before him,’ said Dorian West, forwards coach at Sale. ‘People would have been unsure last week about him starting his first game for England against Australia — up against a very experienced prop at tighthead for them. But when you look back at it, he did really well.

‘He’s up against a different proposition this week with the Boks having two really good tightheads. But he’s learning on the job, he’s done really well and this is another step on the ladder for him.

‘Bevan’s all-round game is as good as any other loosehead out there. You saw bits of it last week in his carrying and his defence. He’s outstanding for a prop in the loose part of the game. He is young and still learning about the scrum, but he’s made massive improvements over the last 12 months. 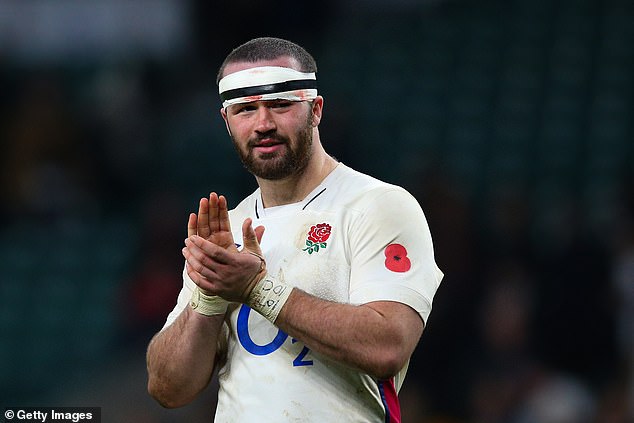 ‘Every challenge which has been laid before him, he has worked hard and overcome them, so I’ve no reason to think he’s not going to do similar this week. He has played against that standard of player before.’

At Sale, Rodd has developed his game surrounded by big South African forwards. He has learned the ropes against men who have represented the Springboks. He has honed his scrummaging by going head-to-head with the likes of Coenie Oosthuizen in training — and wily veterans such as Dan Cole in Premiership matches.

‘He is still learning his trade, but he is learning it in the right environment,’ said West. ‘He is used to playing against top-class players and I’d imagine he’s relishing the challenge in front of him.

‘I think England will have reviewed last week’s game and got confidence out of that because they scrummaged really well. They won’t be nervous about the opposition — they’ll be thinking about what they can repeat from last week and what they can improve. 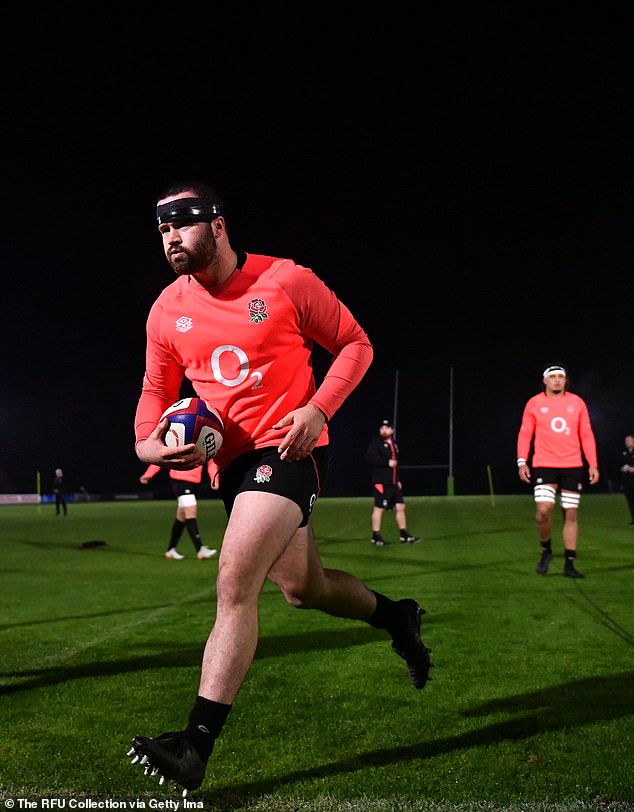 ‘The Bomb Squad did some damage last week (against Scotland). Maybe England will try to play a bit more rugby and get those big men running round the pitch a bit more, to test their legs out.’

Props tend to spend years coming through a school of hard knocks before really making the grade at the highest level. At such an early age, Rodd has not accumulated all the necessary battle scars, but he has already endured some tough tests, which will stand him in good stead on Saturday.

Speaking to Sportsmail about his scrummaging at the end of last season, he said: ‘There have been games when I’ve not been able to get a good hit on, but I wouldn’t say I’ve been pushed back too much. It’s happened a few times, against guys like Dan Cole and Kieran Brookes. Uini Atonio was a big one, when we played La Rochelle. He had Will Skelton behind him, my lighter bodyweight was holding on for dear life! My first start for Sale was against Toulon. They had Ma’a Nonu, Eben Etzebeth and Sergio Parisse. They were all playing, but I managed to do quite well in the scrum and get two turnovers, so I thought, “If I can play against this team and do all right, I’ll be OK”.’

Rodd will line up against Etzebeth again at Twickenham — and the giant lock will be partnered by Sale’s Lood de Jager. These are formidable figures to reinforce the visitors’ front-row trios, but England forwards coach Matt Proudfoot hailed his new loosehead as ‘exceptional’ in the win over Australia. Sale believe in him — and so do the Red Rose coaches.