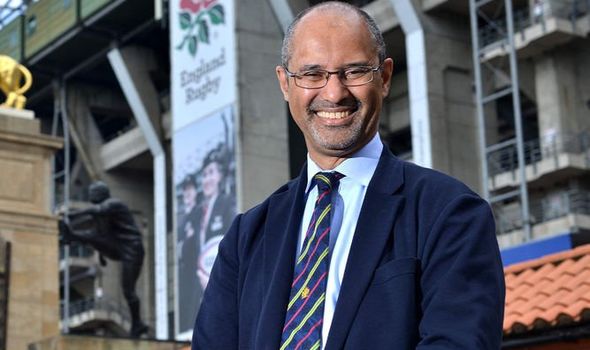 Tom Ilube says he’s not afraid of a fight after standing up to racism. The businessman is the latest chairman of the Rugby Football Union.

He has topped the Powerlist of the 100 most influential people of African and African Caribbean heritage in Britain, beating stars such as comedian Sir Lenny Henry.

At school in Teddington, southwest London, he then followed his father’s mantra to “never ever back down” and to confront racists.

Mr Ilube adds: “It could be tough, early 1970s London, you’re a little black boy. I could stand my own.”

A teacher tried to make him wear blackface in a show but his mum “scraped the make-up off”.

Later a bank chief executive stood up for him when a colleague drew a monkey, adding “Tom Ilube”.

He adds: “A leader who is able to be that sort of ally… that’s what really, really helps.”