Kevin Brown believes the Indigenous and Maori teams would be the perfect sides to replace Australia and New Zealand at this year’s Rugby League World Cup.

Initial talks have taken place between RLWC2021 organisers and Indigenous and Maori representatives to replace reigning champions Australia and 2008 winners New Zealand following their decision to pull out of the tournament over Covid-19 safety concerns.

Serbia and 2013 quarter-finalists USA, both of whom missed out in the qualifiers, have also been suggested as possible replacements, but former England half-back Brown feels the Indigenous and Maori teams tick all the boxes from a commercial, competitive and spectator point of view. “What I’d like to happen is the Indigenous All Stars and the New Zealand Maoris to come over,” Brown told Sky Sports.

“As a fan, I’d prefer to go and watch the Indigenous All Stars and Maoris. There are pros and cons, but as a fan we need to sell the World Cup.

“The game here is in desperate need of something like this – the PDRL, the women’s game and the men’s game need this World Cup. To get as many superstars over here is what we need to do.”

Brown, who was part of the England squad which were beaten 6-0 by Australia in the World Cup final four years ago, acknowledges the tournament will not be the same without two of the sport’s biggest nations in attendance.

He knows how disappointed the other nations are too from speaking with Salford Red Devils team-mate Ata Hingano and Tui Lolohea, both of whom have starred during Tonga’s rise to prominence in recent years.

“The first people I spoke to were Ata Hingano and Tui Lolohea, and they were pretty disappointed because international rugby over the last period has been great with the emergence of Tonga and Samoa,” Brown said.

“Ideally, they would come under a bit of pressure and change their mind, but they don’t normally do that. 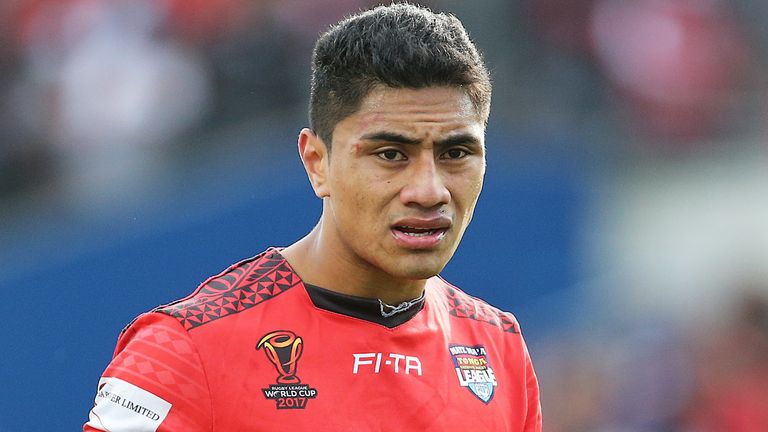 “To sell it to my son, if [Australia international] Josh Addo-Carr comes over in an Indigenous side he’d still want to come and watch.

“But, as a player, if I win a World Cup and I’m looking at the stars, I’m not sure it’s the same without Australia and New Zealand.”

Watch the full ‘Off The Cuff: World Cup Latest’ debate with Brian Carney, Kevin Brown and Jon Wells, available online and via Sky On Demand.