At around 6.45pm on Saturday, November 27, the last of the three trophies up for grabs in this year’s Rugby League World Cups will have been lifted following the men’s final and five weeks of pulsating action will have drawn to a close.

For many, that window when the best male, female and wheelchair players from around the world gather to battle it out for glory will be their sole focus. For the tournament’s organisers, however, just as much attention is being paid to what comes next.

Because, be it improvements in mental health, increasing volunteers or improving playing facilities, one of the biggest indicators of a successful Rugby League World Cup for them will be the legacy it leaves behind.

We've heard some great volunteering stories of previous sporting events internationally and here in the UK! 🗣

“We wanted to use the tournament as a way to try to engage people differently,” tournament social impact director Tracy Power told Sky Sports.

“Rugby league is a fantastic sport and we’d encourage everybody to go along and have a go at it, but not everybody is excited by watching the world’s best players play for 80 minutes on the pitch.

“The Rugby League World Cup is about more than that 80 minutes on the pitch, it’s about everything which goes around that.

“We want to look at how do we use the tournament and the excitement of a major sporting event which just happens to be rugby league to engage our local communities and try to make a positive difference to their lives.” 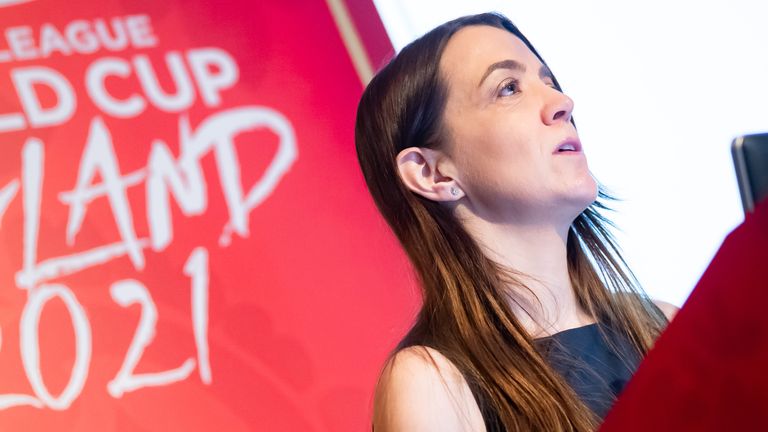 One of the biggest ways the RLWC2021 organisers are aiming to leave a lasting legacy is through the tournament’s Mental Fitness Charter, dedicated to improving mental health awareness and building on the work already done in that area by the RFL and Rugby League Cares.

The intention is to reach 8,000 young players at community clubs – along with parents and coaches – to educate them about mental fitness and supporting team-mates, with former New Zealand international Robbie Hunter-Paul heavily involved as part of his role as the World Cup’s mental fitness ambassador.

Support will be provided to volunteers too, not to mention the players competing across the three tournaments to help them manage being away from their families for extended periods.

“We’re conscious that a lot of the players competing in the tournament are away from home for a long period of time,” Power said.

🤩So one of my #AheadOfTheGame team mates @jimmygittins challenged me to a cook off as a challenge to learn something new (1 of the 5 ways to wellbeing). 🙈I don’t cook🙈#ATOG is delivering @RLWC2021 @MovemberUK @RLCares wellbeing programme to over 10,000 RL kids & families 💪 pic.twitter.com/wa0M3JfCa1

“It’s exciting playing in the tournament, but they spend a lot of time training and in hotel rooms, so it’s not as glamorous as going on holiday for five weeks.

“It can be really challenging mentally for them, so we’re delivering mental health workshops to our competing teams and match officials as well. We’re really trying to have that commitment that everybody who is involved in the tournament, we’re making sure they’re staying mentally fit.”

Organisers have been keen to espouse the mental health benefits of volunteering to be part of the World Cup’s ‘Power Squad’ too – the group of 2,000 volunteers who will be helping the tournament run smoothly.

They will be involved in everything from welcoming people to venues, media and communications, transportation and supporting teams at training venues, with a significant amount of people having already expressed interest ahead of the closing date for volunteer applications on April 23. 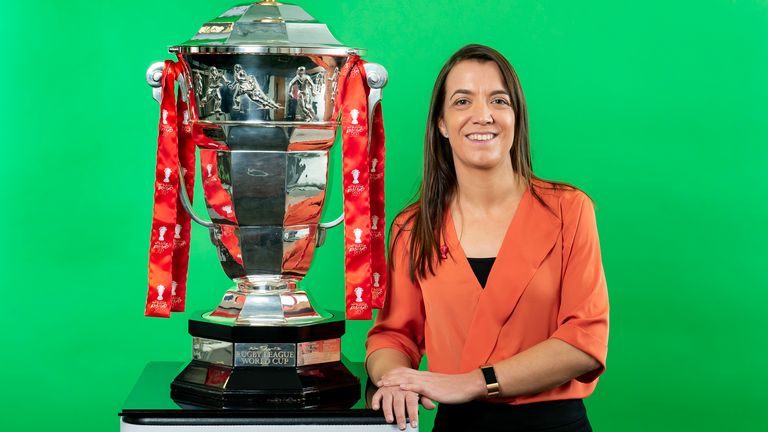 The Rugby League World Cup is about more than that 80 minutes on the pitch, it’s about everything which goes around that.

“We’ve been blown away by how many people have registered an account and submitted an application,” Power said.

“It just shows that after so long of people not being able to go out and volunteer as much as they would normally want or be able to do what they want to do, it’s providing a great opportunity.

“It’s a major international sporting event, we’re going to have the world’s elite rugby league players competing in our towns and cities to lift one of three trophies, and it’s a great opportunity for people in communities to get involved in what will be a fantastic atmosphere in October and November.”

Perhaps the most visible legacy of the World Cup will be the ‘Created By’ capital grants programme, which has invested over £5m into projects aimed at improving facilities for community clubs. But as well as helping clubs and communities in rugby league’s heartlands, the aim is for host cities beyond those like Newcastle, London and Coventry to reap the benefits and keep growing the sport in those locations long after the final hooter sounds in this year’s final.

“With everything, we’re looking at what does it look like in the here and now, and what happens after the tournament,” Power said.

“We’re working really closely with the RFL and are working with them to transition some of the work into them so they can continue delivering some of this work.

“Some of the activity we’re delivering is showing that legacy already.”