Rugby League World Cup organisers admit the coronavirus pandemic has forced them to realign their sights ahead of the 2021 tournament but insist their bid to sell 750,000 tickets remains on course.

Organisers have unveiled ticket prices they claim will make the biggest and best tournament in history the most inclusive and accessible, with prices starting at just £2.21 for concessions and £10 for adults across the men’s, women’s and wheelchair tournaments.

Jon Dutton, chief executive of the tournament which will be staged largely in the north of England, says value for money has been the priority, with 80 per cent of tickets priced under £50 and prices for the double-header Old Trafford final starting from £30.

As a reaction to the effects of the pandemic, fans will be guaranteed a full refund in the event of crowd restrictions or, in the worst-case scenario, a cancellation, with Dutton admitting they have looked at putting the tournament back by 12 months. 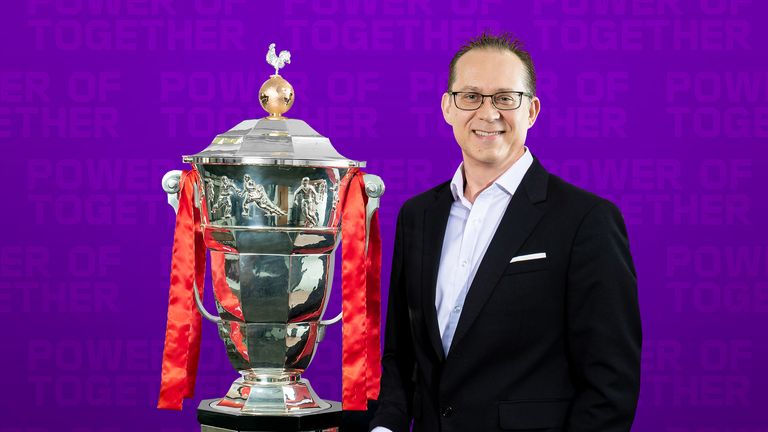 “We’ve obviously had to realign our plan because of the pandemic but we’re still doing what we were going to do, albeit at later points,” said Dutton.

“Announcing the ticket prices is the last piece of the jigsaw. We’ve made some changes, but I would suggest they are more tweaks than fundamental changes.

“But we have looked at the way the world has been impacted by Covid with people’s disposable income and, as well as the actual prices, we’ve always been very keen to put in a full refund policy should the event not go ahead and also introduce – I think for the first time ever in the sport – the ability to pay in instalments.”

“Our vision is to stage the biggest and best ever World Cup,” he added. “That’s so fundamentally important to us. “So our ticketing target of three quarters of a million remains. We have had to make some changes in terms of our budget and our forecast and we’ll have to cut our cloth according to the commercial world that we operate in.

“We’ve got plenty of work to do. Hopefully what we’re doing around ticket prices is our gesture to the rugby league community but we also have to reach people who may not be rugby league fans.”

RLWC2021 will reward front-line heroes by providing 20,021 free tickets as a mark of gratitude for their contribution during the coronavirus pandemic.