Wales grabbed a slice of history of their own on a monumental day for the Home Nations.

Josh Adams, the only player dropped from the first Test, stepped off the bench to grab the game’s only try two minutes from time.

But it was still left to Gareth Anscombe to expertly guide his conversion through the night air in Bloemfontein from the touchline and through the posts. 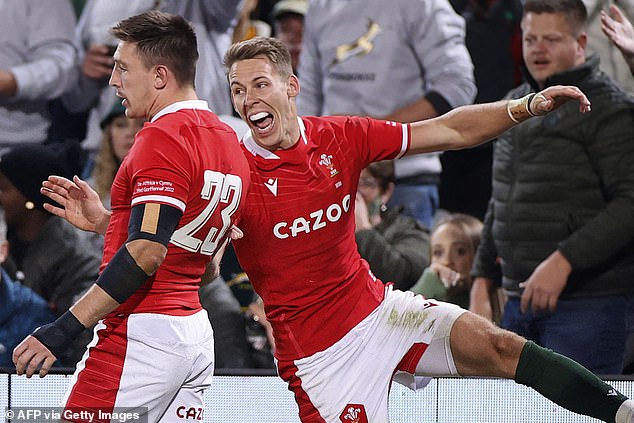 It was a first victory for Wales over the Springboks on South African soil and completed a stunning hat-trick for the northern hemisphere having watched Ireland and England secure impressive wins in New Zealand and Australia respectively.

There was little blood and thunder of the first Test in Pretoria – won by South Africa with the last kick of the game – but again it came down to the final moments.

This time it was Wales celebrating after coming back from 12-3 down in the last 15 minutes to set up a series decider in Cape Town next week.

To add to the fairy tale, the crucial penalty was earned by a 24-year-old making his debut. 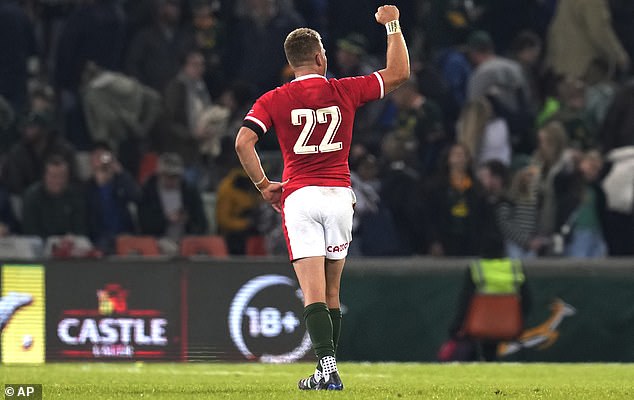 Sam Wainwright, has yet to start a Premiership game for Saracens, was handed his first cap in the most daunting of settings as a late replacement for Dillon Lewis.

But he anchored the Welsh scrum with expertise, win a late penalty late on that Anscombe kicked for the corner.

Adam Beard gathered the lineout, Josh Navidi combined with Tomos Williams and Anscombe found Adams out wide with a sweeping pass for the crucial try.

It also completed a staggering turnaround from the Six Nations misery and will have secured head coach Wayne Pivac’s future through to the World Cup.

His opposite number Jacques Nienaber had risked ruffling Welsh feathers with a staggering 14 changes from the first Test in Pretoria. 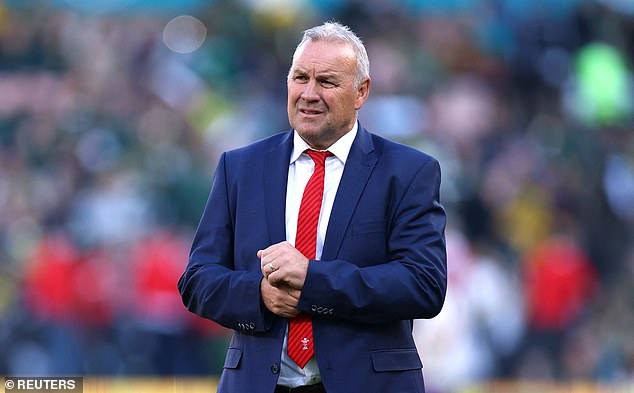 Pundits argued over whether that was foolhardy or savvy, including Gareth Edwards who was among those to bristle at the apparent ‘disrespect’ at such sweeping changes. In the end it was to backfire.

In contrast, Alex Cuthbert was the only new face in a red jersey and he would have been licking his lips at the prospect of taking on pint-sized Kurt-Lee Arendse – among two new caps for the Boks.

But having snaffled the wing on south Africa’s first attack, Cuthbert cut a frustrated figure as he trudged off, kicking the ground, with an injury after just 16 minutes.

South Africa showed early intent to play a faster, wider game to stretch Wales and all too often red jerseys strayed offside, even under the most routine of phases. 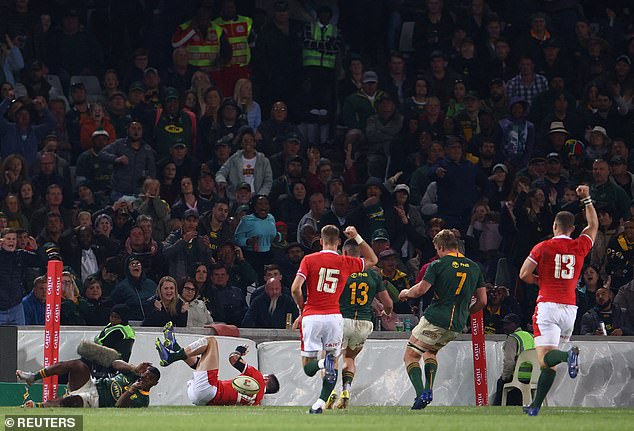 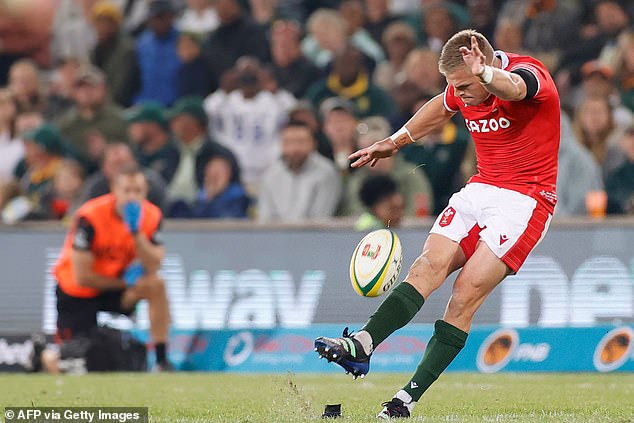 It brought a final warning from Australian referee Angus Gardner and allowed South Africa to dominate possession and territory.

While Wales tip-toed a fine line with their discipline, but it also brought rewards.

Ryan Elias and Tommy Reffell came up with telling turnovers as South Africa threatened, Dan Lydiate rolled back the years as he cut one Springbok down after the next.

The result was a stalemate in the first half that featured just a penalty apiece for Biggar and Pollard.

But while Pivac will have been the far more satisfied head coach at the break, Welsh indiscipline soon reared its ugly head again. 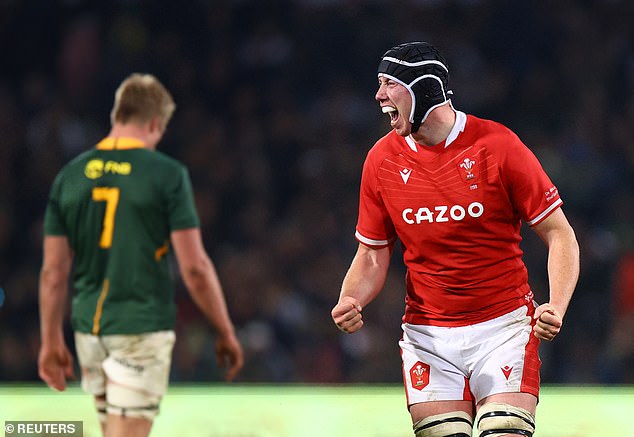 Pollard kicked three of four penalties in the space 15 minutes that also saw Biggar taken off injured and – for the second week in a row – Alun Wyn Jones binned just moments after taking the field.

This time the decision looked extremely harsh with the ball appearing to come off a Springbok hand rather than Jones’ hands.

Losing two such Test veterans could have spelt disaster for Wales, but with the Welsh back-row, including the peerless Taulupe Faletau, relishing the contest, they steadied the ship.

Biggar’s replacement, Anscombe, clawed back three points before prove the history-maker in the final seconds.

Nathan Earle: Rugby can do more to improve diversity