England and Sale are set for crunch talks over how to best manage Manu Tuilagi after the juggernaut centre’s latest injury blow.

Tuilagi withdrew from Eddie Jones’ side to face Wales last Thursday just hours after being named following the discovery of a small hamstring tear.

The 30-year-old subsequently missed the 23-19 Six Nations victory at Twickenham and won’t play against Ireland a week on Saturday. 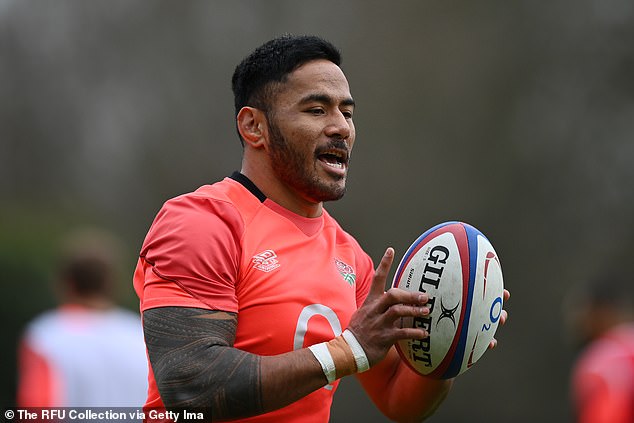 There is hope he could yet face France in Paris on March 19.

Sale director of rugby Alex Sanderson said on Wednesday: ‘We’ve spoken to Eddie and liaised with the England physios. We need to catch up post the Six Nations to understand how we can potentially manage it (Tuilagi’s fitness) better. It is over concern for the player.

‘I just want us to be on the same page. There are email trails and phone calls but for me, it’s better to have everyone in the same room.

‘The aim is to get Manu back before the end of the Six Nations, but we’ve learned a little lesson to not push him too far, too soon.’ Sanderson revealed the training load placed on Tuilagi while he was with England was comparable to that he would do on Sale duty except for one heavier day.

He also added that Tuilagi – who is set to return to training with Sale next week – was surprised when his latest hamstring problem was picked up. 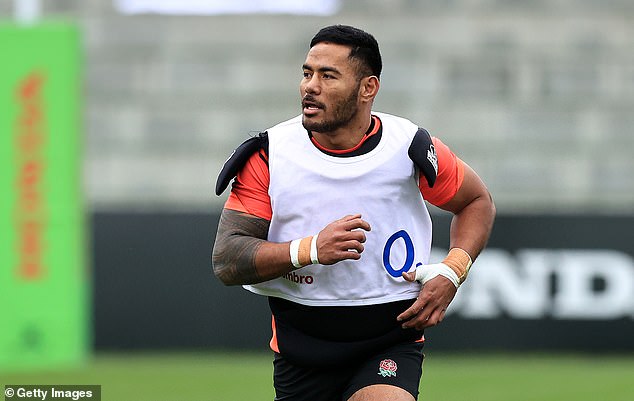 ‘I was gutted for Manu,’ Sanderson added. ‘Everyone was expecting me to be annoyed, but I wasn’t because this is about Manu. I want him to play for England.

‘Manu is quite a warm person and we’ve given him a cuddle. He’s one of those who doesn’t need it, but he appreciates the arm around the shoulder.’ Sanderson also confirmed Sale flanker Tom Curry should be ready to face Ireland after coming off at half time of the Wales win with a head injury.

Curry joined up with England’s squad in Bristol on Wednesday but only to continue to work through his return-to-play protocols after passing his initial head injury assessment. 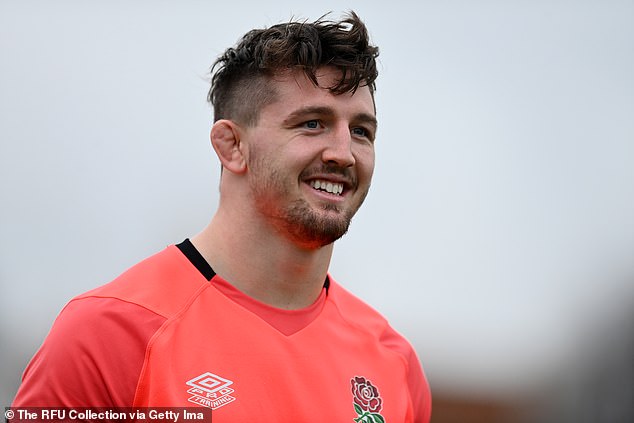 Elliot Daly – who replaced Tuilagi at centre against Wales but failed to convince – has been left out of Jones’ 25-man party.

Gloucester’s Lewis Ludlow and Will Goodrick-Clarke of London Irish have both been called up.

Doncaster have been left ‘disappointed, dismayed and disheartened’ by the Rugby Football Union’s decision to deny them potential promotion to the Gallagher Premiership and will appeal the decision. The Knights and fellow Championship side Ealing have been told by the RFU they don’t meet the minimum standards criteria on the size of their home grounds.

‘No limit on how good we could be’: Vescio calls for AFLW change