We will get the best out of Manu: Sale vow to unleash Tuilagi for Premiership title bid as they unveil England centre following Leicester departure

Sale believe they can end Manu Tuilagi’s injury curse by taking a softly-softly approach with their new recruit in training, so he gets fit and ready to reinforce their title bid.

The 29-year-old England centre was officially unveiled by the Cheshire club on Tuesday and admitted that he is stunned by the size of his fellow Sharks. 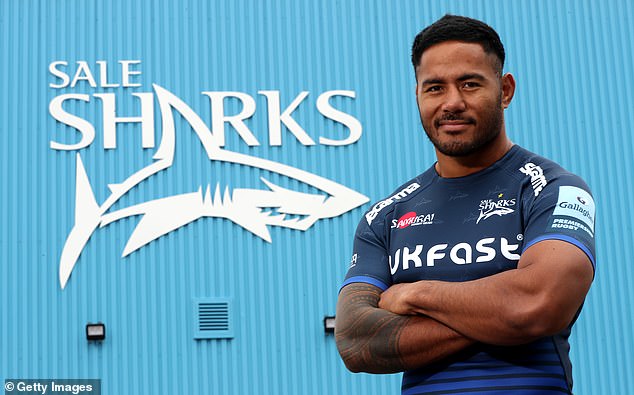 ‘The boys here, the backs, are massive,’ said Tuilagi. ‘I think I’m the smallest centre here!’

He described it as a quick and easy decision to sign for Sale after failing to agree new terms with Leicester and being abruptly released, to end a decade of service to the Tigers.

His new employers will seek to get the best out of him — after years of injury setbacks which have limited his game-time — by wrapping him in cotton wool outside of match days.

Steve Diamond, Sale’s director of rugby who will have Tuilagi at his disposal until the end of next season, at least, said: ‘The key is getting Manu into 15-16 games (per season) for Sale. 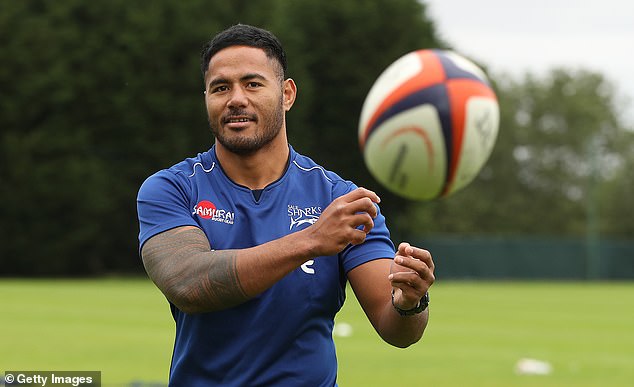 ‘The first thing is the care and detail. We have to understand his body over the next fortnight, know exactly what he needs and then see when we utilise that. It’s all about the daily training regime — not about numbers of matches played.

‘It will be getting to know what works for him before we make a decision on where we push him and what direction we push him, in the training phase.’

Sale will unleash Tuilagi with licence to wreak havoc, in much the same way they harnessed the attacking instincts of a cross-code World Cup-winner during their previous golden era. 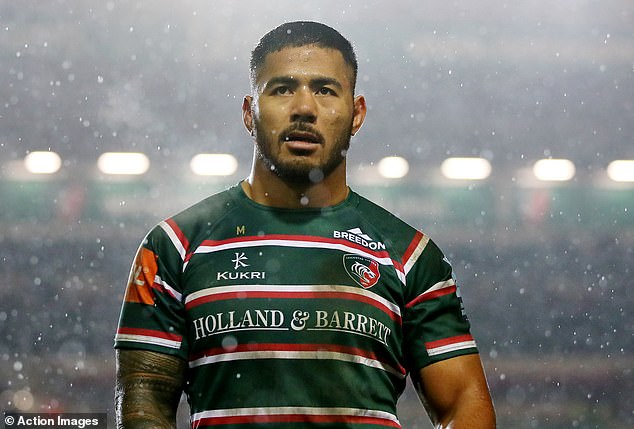 ‘I remember being involved 20 years ago when Jason Robinson signed from Wigan,’ said Diamond. ‘Everyone was telling us what he should do and what he shouldn’t do. We said to him, “Just do what you do playing rugby league and you’ll be a sensation”. And he was. It will be a similar mentality with Manu.’

The Sharks resume the season in second place in the Premiership, a powerful threat to leaders and title favourites Exeter, aided by their ‘world-class’ newcomer.

Leicester know that they have lost a pedigree asset, with George Ford saying: ‘Manu is a great rugby player and he’s going to be missed round here. 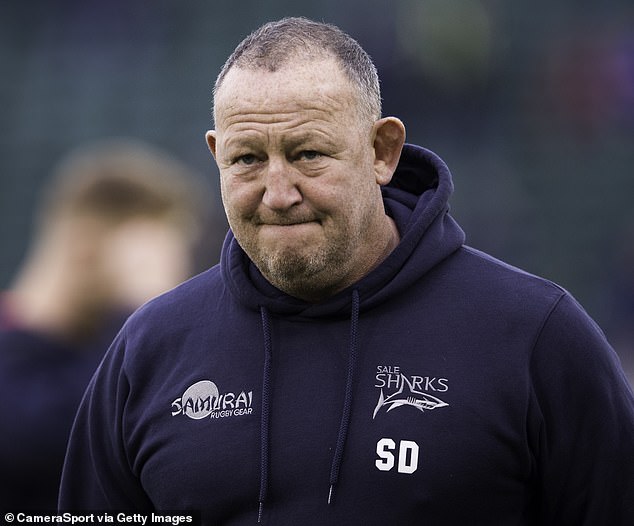 ‘Manu has made his decision. The club have made their decision and it is about moving on now. I’m sure Manu will be very good for Sale and that’s positive from an England point of view.’

Saracens confirmed that, as expected, England and Lions prop Mako Vunipola has agreed to stay at the club during next season, when they will play in the Championship.

London Irish will play their remaining fixtures this season at The Stoop, home of Harlequins, before a ground-share arrangement with Brentford FC.

‘So much to like’: Australia makes ‘game-changing’ offer to host Lions

Can England and Bath prop Will Stuart add to his family legend?