Alex Sanderson’s Saracens homecoming was ruined on Sunday by red-hot Billy Vunipola and a moment of madness from Sale wing Byron McGuigan.

McGuigan was sent off in the second half for throttling Nick Tompkins and, although Sale scored through Ben Curry and Raffi Quirke, Vunipola and Co proved too strong for their old assistant coach.

Vincent Koch, Max Malins and Sean Maitland scored tries for Sarries, but Vunipola was the star again on his return from a knee injury. 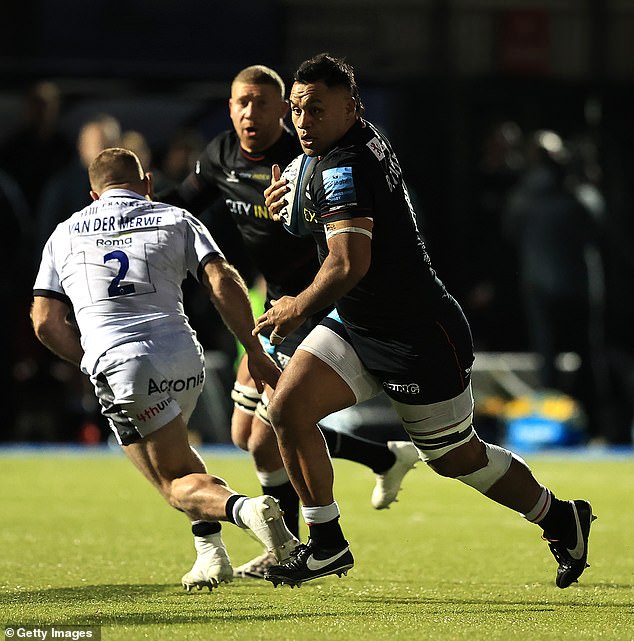 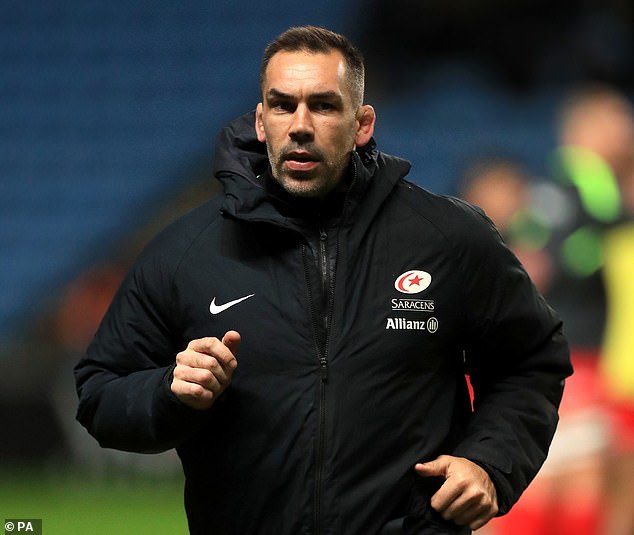 ‘It is a fine series of games he’s put together for the club all season,’ said boss Mark McCall afterwards.

‘He has been inspirational for us all the way through. Eddie Jones has just asked him to keep backing up performances and he certainly did that.’

After the defeat, Sanderson took Sale to a south London pub to ‘lick wounds’ with a bye-week ahead.

Sale’s new England cap Bevan Rodd struggled in the scrum against South African Vincent Koch, who went over from a maul.

It was classic Sarries play and Sale’s frustration spilled over when Tompkins ruffled McGuigan’s hair to rub it in that they had been held up in-goal. 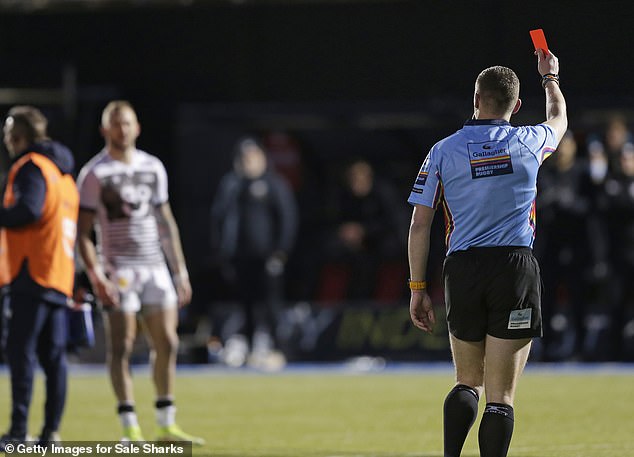 The wing took exception to the goading — striking Tompkins from behind, then judo-throwing him twice to the ground and holding the centre’s throat.

‘Byron trains at UFC on his time off, so maybe he just had a flash-back to some sort of ultimate fighting session he’s done,’ joked Sanderson. ‘The emotion, the occasion, the fact we hadn’t scored — I was feeling that, too.’

Saracens then struck as Vunipola’s break saw him dummy to Nick Isiekwe before picking a tougher pass out to Maitland, who scored.

Curry and Quirke added tries when Sale were down to 14 but the visitors’ spirits were broken by a superb switch which sent Malins in for his eighth try in three club games and put Sarries up to second in the league. 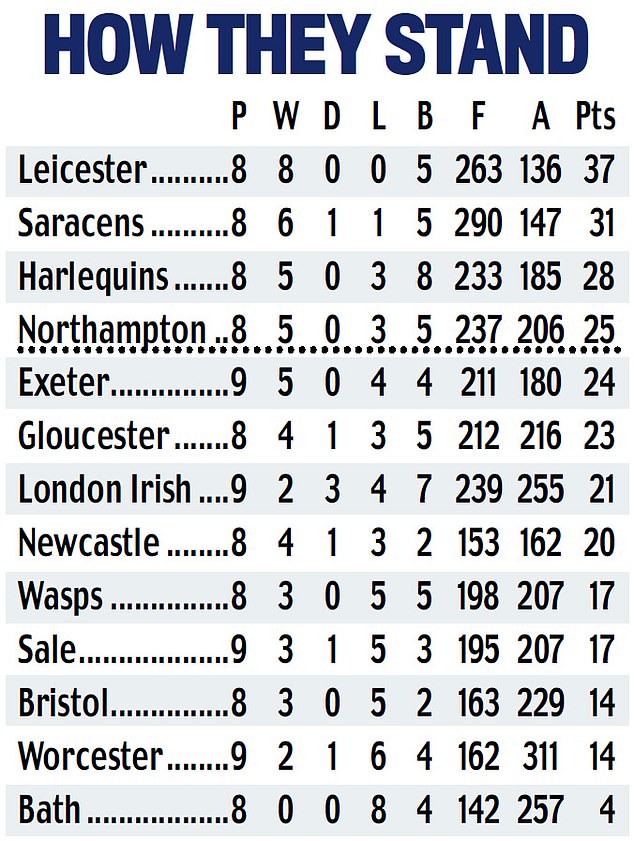