Ireland captain Johnny Sexton has branded comments from a French doctor about his concussion record ‘highly inappropriate’, ‘inaccurate’ and ‘upsetting’ for his family.

The fly-half is going through return-to-play protocols ahead of Sunday’s Guinness Six Nations clash with France after suffering a head knock in the weekend defeat to Wales.

Dr Jean-Francois Chermann ordered Sexton be stood down from rugby for 12 weeks when he was a Racing 92 player in 2014 due to repeated brain injuries. 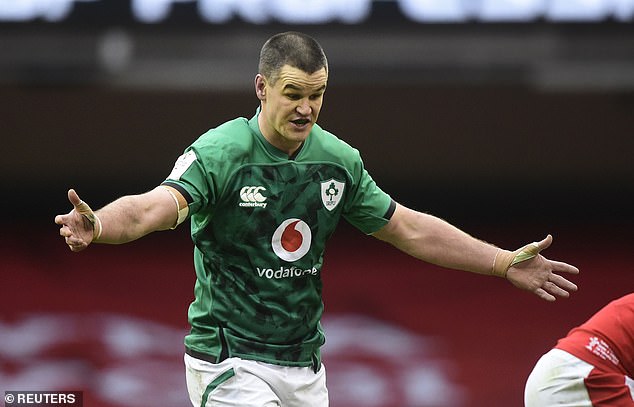 The neurologist told French radio station RMC Sport on Tuesday that he believed the 35-year-old has sustained around 30 concussions during his career and expressed concern about him rushing back into action.

Sexton was visibly angered as he hit back at comments during an emotionally-charged pre-match press conference.

‘I am pretty saddened and shocked by the inaccurate reports that were thrown out yesterday,’ he said.

‘We’ve been here before and it’s very frustrating. For me, I just think it’s totally inappropriate that a doctor that I have seen – many years ago now – felt it was appropriate to come out and talk to whoever it was and say those things. 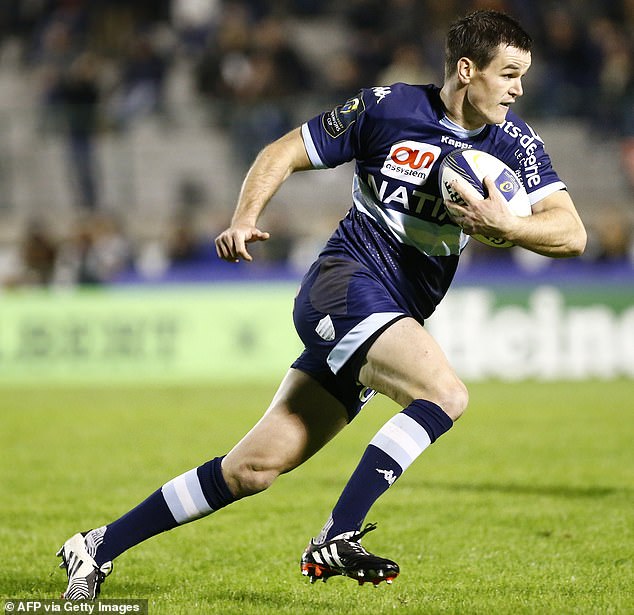 ‘It’s inaccurate and highly inappropriate and I am pretty disappointed but, for me, I am so used to it, it’s almost like water off a duck’s back, but for my wife and mum it’s very upsetting. But that’s the world we live in.

‘I thought there was patient and doctor confidentiality, I am pretty sure that exists in the world, and I just can’t get over the fact that someone thought it was appropriate to just come out of nowhere and just start saying things that weren’t even accurate, that’s the most hurtful thing.’

Sexton was forced off for the final 10 minutes of the 21-16 loss in Cardiff after hitting his head on the knee of Wales flanker Justin Tipuric.

The Leinster player represented Paris-based side Racing from 2013 to 2015, with Dr Chermann’s recommendation of a three-month break coming after he sustained a succession of head injuries.

He and Ireland vice-captain James Ryan, who was also forced off at the Principality Stadium, are each going through phased protocols in order to be available for this weekend’s clash. 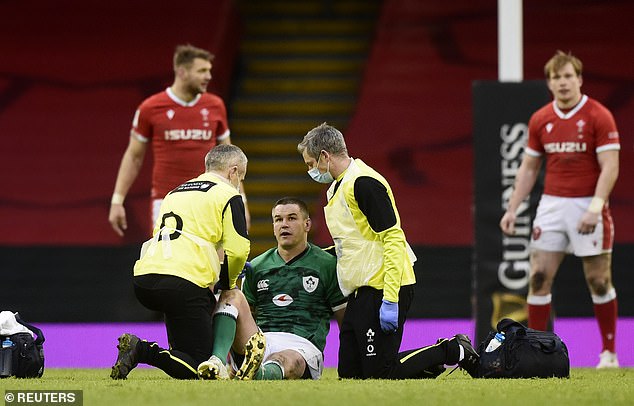 Sexton is currently on course to play against Les Blues and expressed total faith in his country’s medial staff.

Asked if he was passing the protocols, he replied: ‘I have so far. I have to do another one today and another tomorrow and we’ll see how we go.

‘I have just got to focus on this week and the return to play and if I don’t pass one of those stages, I won’t play. If I do, I will be fit to play and whether I play or not is down to the coaches then.

‘I trust the medical guys here, they look after us incredibly well and I will continue to trust them.’